NGO and "Presidential" in a new scandal 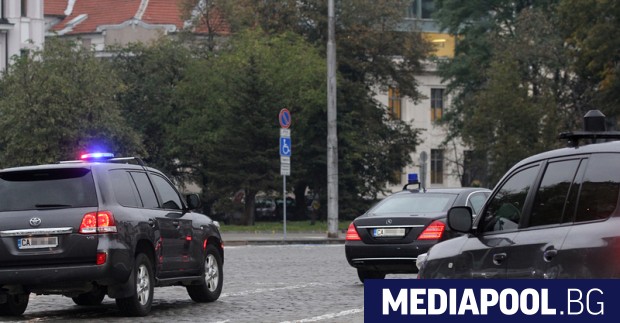 The Chief General Officer of the National Security Service (NSA) Dancho Dyakov has screened for a video that has posted on social networks that show how a Traffic Police officer has given the best to check a car in the Service Security.

The video was published by Bogdan Filipov on Facebook. It only shows the allegation, but there is a voice for the camera explaining that the scandal includes a driver and security guard that is "preserved by the Radeva President". The video explains that the car has stopped because it has gone to the canvas but this is not visible on the record. During the inspection, the cataclysm writes something that could be a cross.

No place can be seen in the state video woman Desislava Radeva's head.

"If an inspection has been carried out by the head of service, if any illegal action is detected by NGO staff during the inspection, all measures provided by law will be taken against them and all employees will Respect the laws Non-governmental organizations are no exception, " highlights the service.

The presidency rejected comments and redirected journalists to the office.

In February, the NSO and the president's wife were again at the focus of attention. Police patrols were pursuing a car at the office carrying President Desislava Radeva's wife after the driver refused to check.

Powerful deputy prime minister Krassimir Karakachanov explained that the police had not noticed the NSC car lights that could not have included. As it's a big car with shaded glass and it's time with nightlife, they've gone behind, he added.

In any case, when a car with dark glasses passes and does not have a special move, it will be checked, Karakachanov explained.

Was this article useful for you?

I would be happy if you support Mediapool.bg, so you can continue to rely on independent and professional and fair information and analytical media.

Subscribe to the news, most important analyzes and comments on events of the day. The newsletter is sent to your email address every day at 18:00.