The Amazon areas should have no deforestation; lost 6 SP cities in three decades Nature Challenge 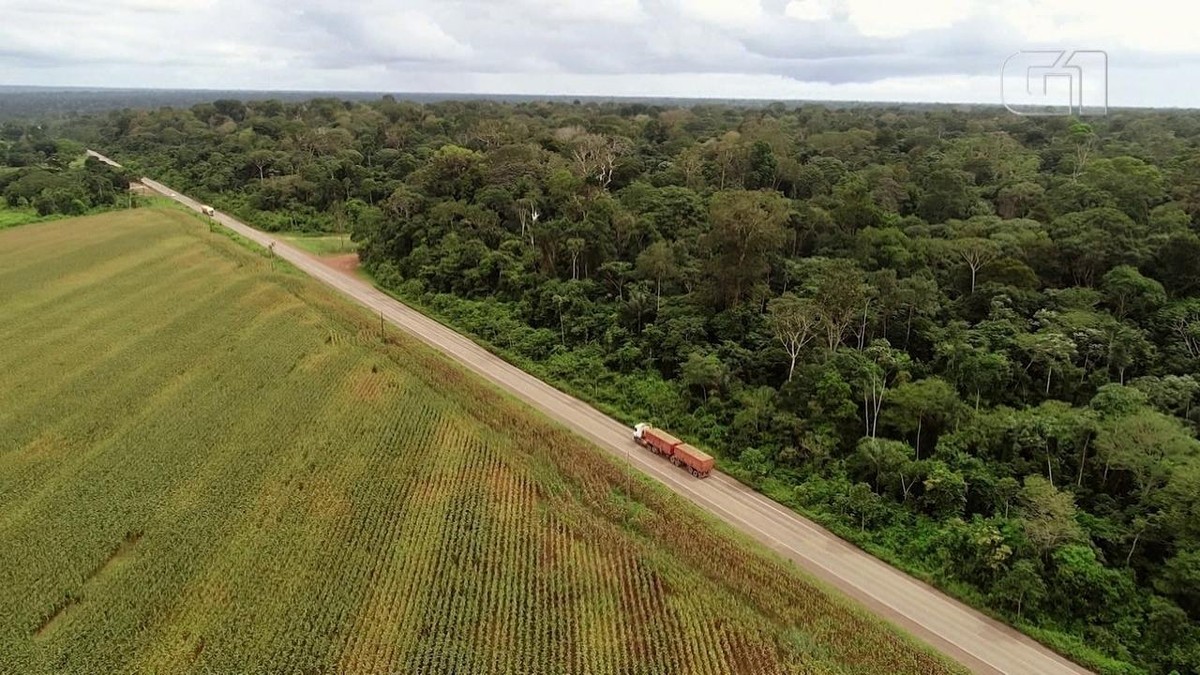 Protected areas in the Amazon have lost equivalent to six cities in São Paulo in vegetation in three decades. 953,000 hectares were deforested in conservation units (NHAs), native lands (TIs) and quilombolas which should have been fully maintained. Surrounded by territories with even more rates of deforestation, these territories have not gone unchecked by increasing pressure on the biome, but they have gained importance: today they are responsible for keeping more than half the forest.

In 1985, they represented 47% of the Amazon's natural forest area; Today, the index reaches 53%, according to satellite monitoring. Nature Challenge this week G1 publishes a series of reports on deforestation in the biome, the impact of creating infrastructure and good examples of interaction with the forest.

The data was generated from satellite imagery by the project Mapbiomas (understand the projectand to analyze by G1. To illustrate the deforestation scenario in protected and vulnerable areas, the team traveled to the Santarém, Pará region, in an area under pressure from an agricultural business and cut by BR-163 which is a national forest and extractive reserve.

The Tapajós National Forest (Flona) lives more than a thousand families who can hunt, plant and extract natural resources for eating. In the vicinity of Flona, ​​the territory is used next to the conservation unit for grain growing.

In practice, residents such as João Batista Ferreira, 58, a former honey producer, feel the effects of deforestation. We live in an area of ​​400 square meters outside Flona Tapajós.

The property is surrounded by plantations. He says he can't collect honey anymore and claims that bee culling is associated with wind-borne agrochemicals, as it was in the country's water. "Unfortunately, it's not enough to keep breeding bees. I'm advising anyone to create more here, as it's not working."

Across the river, Joelma Lopes, 45, lives in the Tapajós-Arapiuns Extraction Fund and lives in a very different reality in a slightly more isolated and protected area where the deforestation rate is nearly 0.5%. since 1985.

Joelma is committed to producing honey and liquor with fruit of the season – at the time of the G1, taprebá a murici. "We do not have this concern here," he said about the impact of the use of pesticides used to grow soybeans.

The contrast between protected areas and other areas in the region began to intensify in the 1970s. BR-163, linking Cuiabá in Mato Grosso to Santarém, was established at the beginning of that decade by the military government. Close to the creation of the highway, it was designated to Flona of Tapajós, in February 1974.

At the time, there was a plan to populate the Pará region, families from different Brazilian regions went to search for land. Over the years, the profile of the profession has changed. The families began to form small communities, and most of the land was then converted to unveiled in pasture, and then replaced by agriculture. This is the Amazon deforestation cycle, repeated in the present context.

Ione Nakamura, champion of justice, who works to regulate the region's lands, explains that it is necessary to understand the "land chaos" which has dragged along these years to understand deforestation in the Amazon.

The problem is about occupying land in the uncontrolled Union. The prosecutor explains, for a lack of record of who lives in the areas, that it's not easy to come find the person responsible for felling trees or any other irregular use of natural resources. If a rural property is private, it must respect the rule of 80% protection of the forest if it is located in the Legal Amazon.

In a bid to solve the problem, the federal government created the Rural Environment Registry (CAR) in 2012. The tool is a self declaration: the person says that they own the land and steer environmental data t . Then you have to confirm the government.

"Land chaos" also appears to overlap CAR records – when two or more people claim ownership of the land. In a survey by the. T G1 in 2017, it was checked that more than 11,000 statements overlapped native lands that had been homologated in Brazil.

"If the area is suitable for agriculture, it will be worth more," Tasso Azevedo, a Climate Observatory technical coordinator and coordinator of the "MapBiomass."

Land use change is the main cause of carbon dioxide emissions in Brazil. Amazon and Cerrado biomes account for 54% between 1990 and 2015. Photo: Marcelo Brandt / G1

Outside protected areas, natural forest lost in the Amazon 40.8 million hectares – more than 268 cities in São Paulo. The analysis of the satellite data shows that not only in the Amazon, but in all Brazilian biomass, the forest territory is changing to an agricultural business.

Grass and agriculture represent 84% of what has become Amazon in the last 33 years. On the other side of the scene, in what does not necessarily conflict, is one of the most relevant sectors for the Brazilian economy.

For Caetano Scannavino, who lives in the Santarém area for over 30 years and the NGO Saúde e Alegria co-ordinator, it is not possible to disconnect the conservation of the environment from maintaining the region's rainfall regime and hence the success of the region. plantations.

In addition to the "land chaos" and the economic pressures that already exist, environmentalists are warning of the risk that the 80% percentage of forest conservation in rural properties will be. Amazon is changing.

GIF shows the land change since 85 in the Amazon – Photo: Igor Estrella / G1

But, after all, is it possible to produce and export more without increasing the size of the land where the crop is?

According to the researcher of the Brazilian Agricultural Research Corporation (Embrapa) Eduardo Assad, it is not only possible because this is the model that will guarantee more profit in the future. We recommend using land that has already been cleared.

It is quoted as the basis for the latest National Institute for Space Research (INPE) study, introduced in 2014, TerraClass. The balance sheet brings the number of land that could be used in the Amazon without destroying more basic ("original") forests.

"There are 17 million hectares deforested in the Amazon revival, the number is 2014, but it has deteriorated since then, and there are another 10 million hectares of degraded pastures in the biome alone. low, "he said.

Assad makes the sum and says 87 million hectares can be occupied without the need to actually change any part of the Forestry Code. According to the researcher, this allows, in a conservative estimate, another 240 million tons of grain without the need to deforestation.

"The planet's greatest biodiversity is in our hands, so it's also a big responsibility at times of climate change," said Caetano Scannavino. "The Amazon generates global benefits, even if it's often local costs."