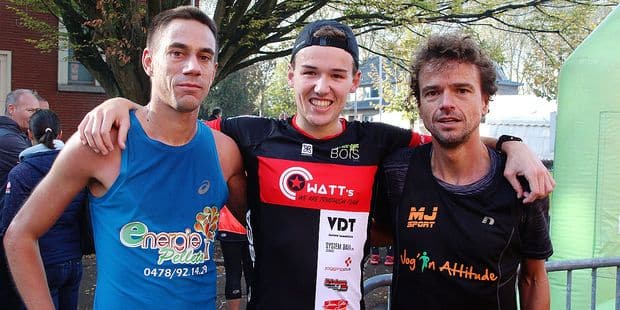 The departure of the Côtes de Saint-Georges is always beautiful as a result of the Warfusée castle, especially under the sun! In short, however, for tourism in this hilly race and always seeing fit athletes. This was once again on Sunday with Arnaud Dely, especially suddenly. Arnaud Renard, who was challenging the day, took almost two goals.

"I'm still up on my fitness!"
"I had a lot of rest after my title in Ibiza, and this race was a bit of recovery, the course was suitable for me and I was able to take a steady pace of starting & # 39; race, keep my speed from end to end, without turning around. This winter, I'm probably going to be involved in some cross, but, above all, I will prepare my triathlon and semester season I will have an appointment already in March, but in May the serious things will begin, with the title of my world and my European title, there will be some pressure that will be more incentive towards extra motivation, called positive pressures! "

In an honest way, Arnaud Renard admitted that he could not do anything against his opponent of the day.

"When I first saw it, I knew that it would be higher than the crowd, it's very fit and it shows." I left with him, but after only 500 m, I left. Making it a good trip, I did all the race on my own, watching my mates on my watch. The course is not easy with ribbons and falls, and there's a lot that raises and always hurts. especially my effort in relation to Patrick Philippe
. On the 5th kilometer, I saw that it was coming back to me and I had to turn it off. I wanted to get my second place, which is not so bad. In any case, great congratulations to organizers: it was nickel! "