The largest Nutella plant in the world will reopen on Monday, but the fall causes are still unknown 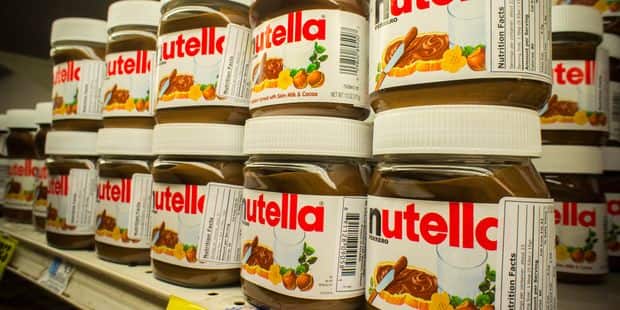 The largest Nutella plant in the world, in Villers-Ecalles (Seine-Moritime), arrested on Tuesday "as a precaution" due to the lack of quality of one of the products reopened on Monday, published Ferrero France with us in a statement

The group notes that the investigations carried out since Tuesday, "have made it possible to confirm that no finished product kept at the factory poses a risk or a lack of quality for users ".

"All the suspicions are full and that's why we decide to resume normal activity at our factory as early as Monday, February 25 in the morning," said Ferrero France.

Ferrero had ensured that "the results of the investigations would be known by the end of the week" and would "(allow) take the correct correction measures".

Asked a few hours before the Ferrero announcement to restart its factory, French department of the Italian family group said "the plant will not reopen today". It was asked if the resume was a matter of days, weeks or months, Ferrero replied "days".

The results of the ongoing investigations were asked and whether the bacteriological problem was, the communication service promises communication as soon as he would know more.

On Friday morning, Minister of Agriculture Didier Guillaume interviewed by CNews said: "I'm probably talking about a similar problem, as I speak, would not be a health problem.

Ferrero announced on Wednesday the "suspension", "precautionary" the plant that produces 600,000 pot per day, the world's production quarter, the spread to 56.3% of sugar compound and 30, 9% fat.

"We can now say that the situation does not affect any product on the market at the moment," added the company.

"Tuesday, February 19 in 18 hours, reading the results of one of the quality controls at our Villers-Ecalles factory, we have identified a lack of quality in one of the finishing products used in the production of our products Nutella a Kinder Bueno ", received details of Ferrero.

"This deficit does not match quality standards, so the decision to temporarily suspend the plant's activity temporarily," explained the company.

"We again remember that this situation has never affected all products on the market, so our consumers can continue to enjoy our products without fear and in peace," said Ferrero on Friday.

The Ferrero group has doubled its turnover in ten years to more than € 10 billion. It has 22 production sites and more than 30,000 employees.