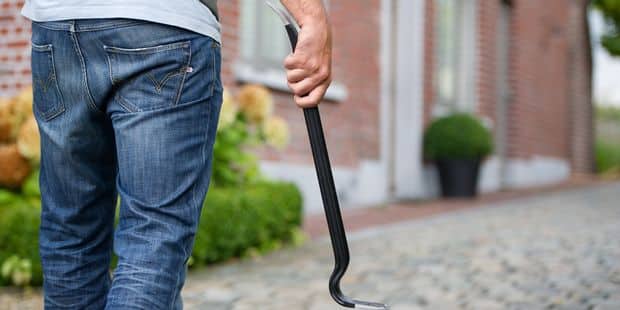 A first assault was held on Sunday November 11 at 09:30, one of the buildings of Bord de Meuse.

Two people, born in 1984 and 1993 respectively, ringed an elderly person's home door. As soon as the door was opened, they stopped the victim and screwed a purse. According to a permanent substitution, the thieves could have seized other objects.

The two fellows came away under the watch of a witness vigilantly. The second attack was held at noon at a house on Van Opré Road in Jambes, according to the same operandi modus. But, luckily for them, the woman who opens the door is armed … her dog crew!

With this "huge weapon", he will control both of the two pirates who will be arrested by the police a little later. The witness that they saw formally fled the River Meuse: the same men who operated on Van Opré Street. He only saw them in the Combi Police! They were deprived of liberty and, at the time of going to the press, they had to be in the Judge's office.