Hein Vanhaezebrouck: "Anderlecht is not exactly as it was" 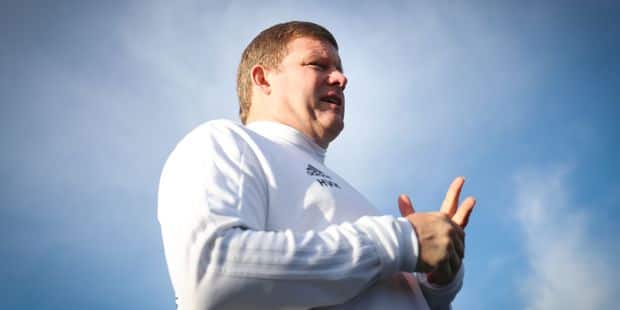 When Hein Vanhaezebrouck reacts, it hurts. A former RSCA coach responded to a variety of press reports that everything had been settled as part of his redundancy on 16 December.

"It's totally wrong " the explains. "There is still a large amount of group insurance to pay."

The situation is very complicated as Vanhaezebrouck and Anderlecht's address are not on the same wavelength. "The club is waiting for an agreement, but there is no agreement to find it since Anderlecht decided to bring our cooperation to a unilateral end. I had a C4 mentioning that the agreement was mutual. Fair. "

In conclusion, Vanhaezebrouck decided to attack Anderlecht where she hurt: the license. "At one point, I was wondering what I could do and think about the license. I asked my agent (Editor's note: Mogi Bayat) and he told me the person referred to the commission. There I was told that Anderlecht had explained that everything was settled with me. That's wrong and that's why we're talking today. It will put more pressure. Usually, I would never have done that because my aim is not to put the clubs in trouble. But there, something had to be done. My solicitor has tried to settle the case of dozens of times but nothing moves. Everything should be settled within 30 days and four months. This is the biggest club in the country? I am not the only victim among those dismissed. Others are waiting for their money. The club hires people who receive salaries
But isn't it able to pay the people who have fired? "

Vanhaezebrouck is also sorry that the club is placing information about his contract in the press. "I read things with very specific details and there are lots of things really. These are things that are known to the directors only. I don't know which one gives this to the press, but it's not happening.Anderlecht is pleading for privacy in terms of injury to players but it's not worth our contract details; like … "

Behind these harsh words, Vanhaezebrouck is clearly aiming for the great RSCA head: Marc Coucke. "Anderlecht's conversion is one of the least successful in the history of major club purchases. If I knew beforehand I wouldn't have agreed to come to Anderlecht. Even Coucke came to & # 39 The locker room in the half-time game against Ghent, however, we played well in this game.The president told the players that they needed to be closer to their man and get into ducts t I had to be stopped by my helpers, we don't expect that at a club like Anderlecht, my authority put the players at risk, which was not the club. You won't do the name Anderlecht and nothing will be left.This whole story around my redundancy would never have happened in the past. t Anderlecht is now compatible with its site.

The RSCA was quick to respond to the statements of its former coach. "Contrary to what he claims, his redundancy payment was paid in full and in accordance with legal standards. In addition, we do not want to comment on Hein Vanhaezebrouck's other statements. club wishes him well in his future career. "

The soap opera is probably still far from over … t