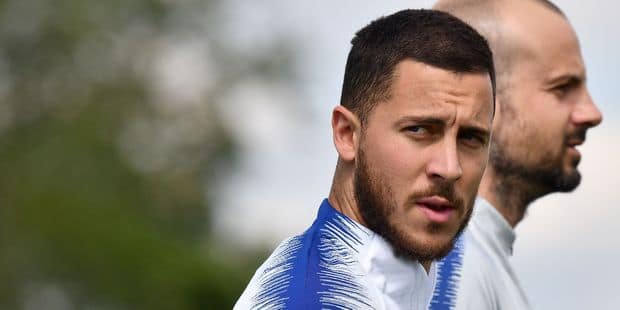 
Eden Hazard spoke on our colleagues' microphone at RMC Sport less than a week away from the Europa League final between Chelsea and Arsenal on Wednesday (29 May).

Our Red Devil is clearly aiming for the second Europa League with the Chelsea team in the 100% English shock which will be played in Azerbaijan.
"It's a bit far away but we're preparing it in the same way as a Premier League game", t said Eden Hazard.
"Our European final is a great moment for both clubs."

For what appears to be the last game of Belgium, the motivation is the advantage of its side.
"I've been lucky enough to win the Europa League with Chelsea already, but I want to win it the second time, we'll be motivated like never before and trying to win the game."

After being announced in Real Madrid this summer, Eden Hazard wanted to try and avoid the question he sent there … though he did not deny him.
"I don't think of anything at all, just to win the game, after that, what happens will happen."