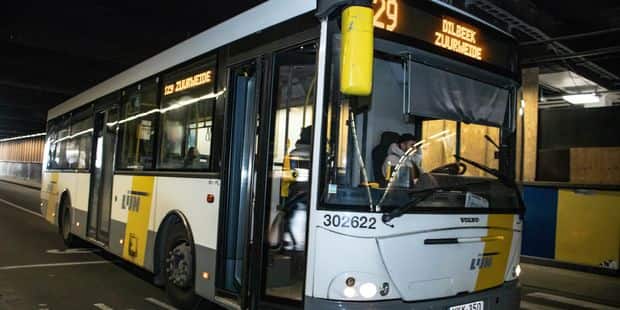 De Lijn was unaware of the decision of his employees. De Lijn's drivers complain about months of lack of safety and hygiene in and around Brussels-North station. Earlier this week, Het Laatste Nieuws reported scrapie, tuberculosis and malaria in a group of temporary migrants.

Fearing catching diseases, drivers will no longer stop around Brussels train station, the unions agreed ACV, ACOD and ACLVB. Geert Witterzeel, LCA, says that the private companies operating around the station were contacted. He stressed that trade unions are not targeting such migrants. "There are heartbreaking scenes going on there."

"It's going from bad to worse," said Rita Coeck, of ACOD's Socialist Union. "The managers must find a solution."

However, the Flemish company was unaware of the decision, however, according to a spokesperson. "The managers have not received any official notification."

Buses from Leuven and Haacht should stop Monday at Rogier. Those from Dilbeek stop in Westland while lines of Grimbergen, Wemmel, Puurs and Meise stop at the Bocstael. For lines coming from Ternat / Aalst / Big-Bigard, the terminal will be installed on Simonis, reporting the two Flemish barrels.

The unions add that the measure will remain in force as long as the situation around Brussels-North is not resolved.