Today, that journey is November 12 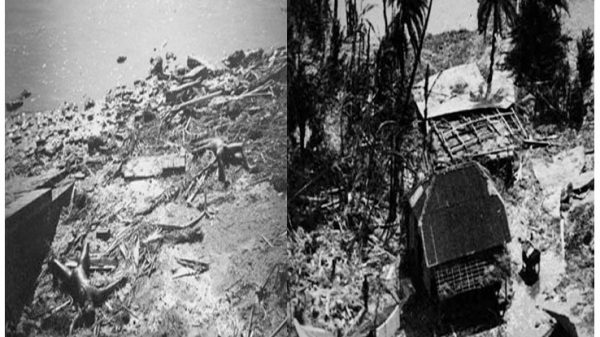 Today, that journey is November 12. The biggest day of disease for coastal people. On this day of 1970, the Great Depression made extensive destruction in the coastal region due to the cycling and storm surge.

Thousands of people died in the terrifying cyclonic storm and tide terrorism over the extensive coastal areas including Noakhali, Hatiya, Nijhuddip, Subarnachar, Barisal, Patuakhali, Laxmipur, Sandwip, Chittagong, Bhola, Barguna and Maheshkhali in the southern part of the country. Thousands of houses and houses are flooded by storms and floods in the water.

It is estimated that around a million people have died in the devastating disaster. Lakhs died only in people in the area of ​​Bhola. The Meghna got up and branches and rivers were transformed into the river body.

On November 11, 1970, Guwahati began rain since Wednesday morning. The next day on Thursday, November 12, the weather gets worse and the middle night winds. The Meteorological Department was asked to show the biggest risk signal number 10.

On the night of November 12, at a speed of 250 km in 10 regions of the Greater Barisal coastline, Noakhali and Chittagong the coast of the aircycle cycle. At the speed of the hill, the speed of the hills is as high as the hill. The waves reach 30/40ft high on the local people. People, cattle, homes and fields of gold crops are currently floating. The horrors continue to pursue the people of the southern town.
On the way, outdoors, only bodies and bodies buried below. Then the situation was so that most of the bodies must be buried without kaphan, Many of the bodies float in the tide far and wide. It is said to be the biggest disastrous cyclone and tidal surge in the history of the country.

Senior presiding director and president of the Polish press M Habibur Rahman said, after the flood saw the snake and the people caught in Choukighat Daulatkhana. The loving mother lies in the lane of her child, in the Meghna river. Woman's body hanging on a tree in the Sonapur garden. Similarly, people and livestock in Charbhaishan, Manpura, Lalmohan, Tajumuddin and Daulatkhan including the whole area floated on that day. Almost half of the people were vacant in the islands of Bola.

A report of the newspaper of Poola's correspondent from Purandesh and the current daily bengali editor of the M Habibur Rahman newspaper was a pictorial report. The body of people hanging on the Tree Tree Tree & # 39; The news came to the world four days later. The painting is still paved as a witness at the Dhaka Press Organization.

After Satara's horrible tide, Maulana Bhashani and Bangabandhu Sheikh Mujibur Rahman went to see the destruction and wear of the oppressive politician, it was surprised to see these views.

Minister of Current Trading, Tofail Ahmed Vahal, mentioned his memorial on the day after November 12, saying, "I was surprised and surprised by the river by the morning. Qatar's Qatar man is only Organizations from Awesome people made us panic.We were amazed, even the memories of the memories of the Shibpur Union replaced Ratan Bazar's pit to bury hundreds of people in the scene! There is so much dead body that I can not afford to bury As long as the people cry and complain, this is a house in the Shibpur union where there were 90 people there, but only three were alive. Everyone has died. Then we'll get Tazmuddin news that 40% of & The people have died there. & # 39;

Those people who survive or lose their loved ones today, only those people who are horrible that day. Some people are scared to think of the horrible days of losing one love. In the daytime, the meetings, seminars, Qur & anakhani, Milad Mahfil have arranged prayers and prayers together with a number of social and cultural organizations in the South.