Strong need for action against violence against women 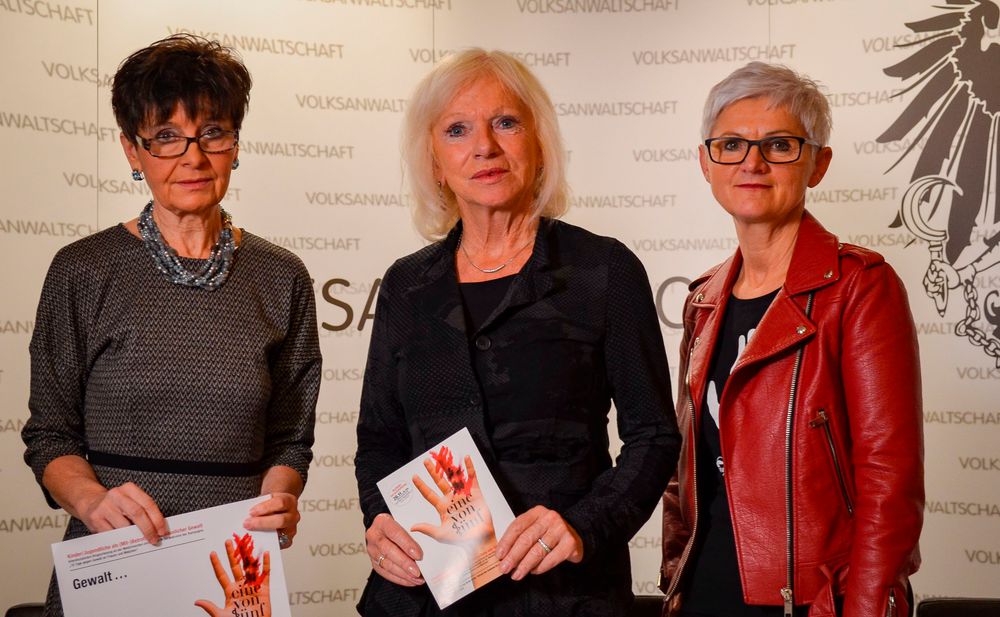 Everyone knows these signs, which often stand directly on the main road, just next to the village's sign and bear the inscription "A family friendly family" . According to Ombudsman Gertrude Brinek, Maria Rösslhumer of the Autonomous Women's Shelters and forensic doctor Andrea Berzlanovich, boroughs should be able to obtain another certification in the future. As a "very violent community". About what sounds like "yes, eh!" For some people, it is not as far as many would think. After all, only in 1999 the "Sunde Watschn" was banned – but even this has been the subject of repeated discussions over the last few years.

The close co-operation of communities, societies, victim protection organizations, child protection institutions, teachers, the judiciary, police and civil society for "invisible life" would be very timely, as is today at the conference A joint press of the Ombudsman's Board, Autonomous Women's Shelters and a MedUni Vienna representative became clear. "There is still a lot of information about violence against women and children in the population," said the Brinek Ombudsman. In the process, the subject has become more explosive recently – not least because current studies have identified these gaps in society, but have also highlighted their serious consequences to & # 39 ; those affected. And of course: the numbers that are still scary.

Austria at the top of the EU

In 2017 alone, there were 77 murders or attempting to kill women's murders in Austria. Austria holds the disgusting "record" in the EU. One in five girls are still exposed to physical and / or sexual violence daily. According to crime statistics, almost two thirds of all 42,079 homicides, assaults, sexual assault and theft assault in 2018 were related to relative offenses. And despite these scary numbers, the image of an unknown offender who stalks his victim behind a shrub continues over continuous. In this regard, victim protection organizations, but also other agencies, never tend to emphasize the urgent need for action.

Maria Rösslhumer of the Independent Women's Shelters joins the Brinek Ombudsman – who wants the press conference to be largely understood as an appeal to politics and society – and goes on later in: "Not in There is only an urgent appeal, but it is more serious to take these concerns seriously, "said Rösslhumer. And above all, it is taking the government – which has been recently noticed by cuts in this area – in the duty. He remembers that Austria has confirmed the Istanbul Convention on Preventing Violence in 2013, committing itself to doing everything possible to prevent violence against women. "Better protection for victims involves many different measures: blame offenders, apply the law in the sense of protecting victims, but also to implement women's rights and the true equality of women and men." Because that's all we have to do with each other, says Rösslhumer.

In addition, it encourages large-scale awareness raising and awareness campaigns at all levels. On the one hand to increase the current information in society, but on the other hand to improve the treatment to those affected. And not just the girls involved, but also about the children affected or affected by violence, as Andrea Berzlanovich of the MedUni evolves. Children would be very aware when parents argue, an aggressive atmosphere exists and, in the worst case, you must also keep track of acts of violence, including homicides. "Many children believe they are blameless for the unfortunate family situation. Some are pulling out, others try to protect the mother," says Berzlanovich forensic doctor, who also holds the Lecture series "One of Five", for years at a fixed point at the University of Vienna on the subject.

In addition, many children (a) affected by domestic violence would adopt their parents' behavior but also suffer from post-traumatic stress disorder and other health problems. "While reporting on the issue has increased, awareness of the rights of women among young people is poor," said Ombudsman Brinek from a recent study by SOS homogeneous. Above all, information would be an important safeguarding factor, according to Brinek: "Knowing your rights and knowing where the limits for passive behavior strengthen women and women."

Again, Maria Rösslhumer talks about how to deal with violence situations and refers in this context to the lack of support, especially for children affected, ie those who do not experience their own violence, but who is a victim of the mother. For them women's shelters would be the only port. But even before the children have finished with their mothers, there must be more expertise in dealing with them. For example, a recent study has shown that children and young people in domestic violence are often the ones who make a police emergency call. "The Federal Police Criminal Guidance (KLF) does not yet provide instructions for action when children call," said Rösslhumer. This means that training all those involved – including teachers, for example – should be a top priority.

This applies to the whole education system, in various societies, areas and boroughs: the results of expert study and experiences should be taken seriously and widely discussed. Information protects and can help prevent situations rising. In an emergency, everyone should know how to behave and where to get help.

In order to break across the circles of violence as soon as possible, it is essential that qualified children and young people have qualified contact persons who are available. Children need independent counseling and support services such as victims and domestic violence witnesses.

Strengthen the work of offenders that focus on defenders

National anti-violence needs to be expanded nationally, including native coaches, and good co-operation between victim protection organizations and male counseling services that offer offending work that focuses on defense.

To date, the health consequences of the violence and medical care needs of the patients affected have not been much addressed. The impact of violence is still not well recorded in medical history, diagnosis and therapy. The aim of health professionals must identify violent injuries and discomfort in patients as such, to be sensitively addressed, documented in legal court and ultimately mediation and those affected to further help and advice organizations.

It can be seen how to behave in protesting violence in relation to each other in the context of the recently released "Districts Without Partner Violence" project in Vienna.