How the coronavirus changes our cells – After being infected with SARS-CoV-2, the inside of the cells undergo radical remodeling 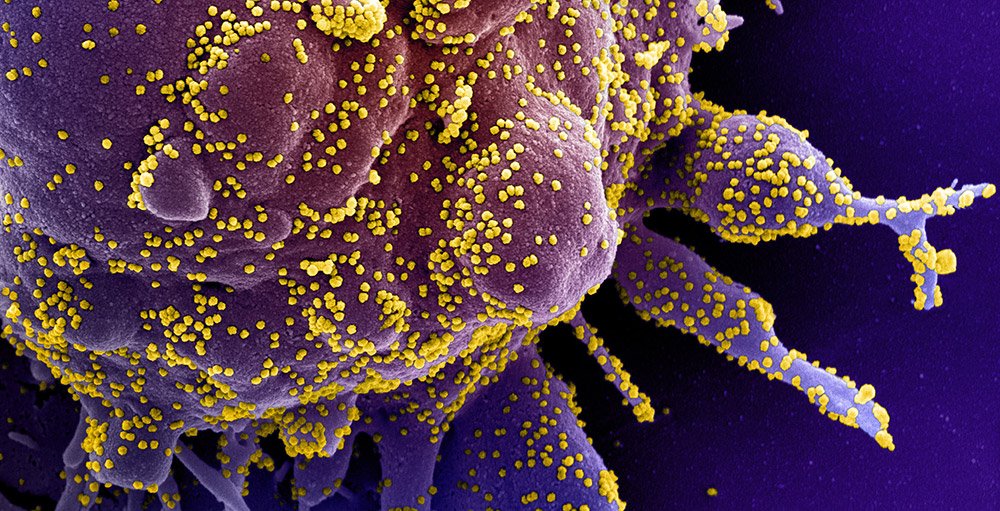 Traffic remodeling: When the SARS-CoV-2 coronavirus penetrates our cells, a radical remodeling process begins, as further study has revealed. According to this, the virus hijacks parts of the inner membrane network to form innumerable vesicles. In these it simulates its RNA and then uses cellular membrane compartments for its virus envelope. These viral multiplication bubbles are also protected by parts of the cell structure that are not being used for their intended purpose, as the researchers found.

The damage caused by the SARS-CoV-2 coronavirus to our tissues and organs is now relatively well known. Studies in recent months have also revealed that this virus directly attacks cells in the airways and lungs, heart, intestine and brain. For the cells, this infection ends with a certain death: they are first turned into virus factories and then sent to cellular suicide.

But what happens in the affected cells? Mirko Cortese of the University of Heidelberg and his colleagues has now discovered this. To do this, the team used state-of-the-art imaging methods, including ion beam electron microscopy and electron tomography, to track changes in cells from infection to death and to map them in 3D reconstructions.

Virus factories made of hijacked membranes

The analyzes revealed: The coronavirus radically restructures the internal structures of our cells to create suitable “duplicate vessels”. To do this, the virus hijacks the membranes of the endoplasmic reticulum (ER), a system of membrane-covered tubes and cisterns that cover the nucleus of the cell and penetrate through the inside of the cell. Of these, the virus creates bubbles that are nearly 300 nanometers in size and covered by a double membrane.

As the researchers report, these bubbles can be detected inside the cell only six hours after infection. Over the next few hours, the bubbles grow and form a whole cluster of virus factories that are partly connected to one another and partly to the ER. “The interior of these vesicles contains intermediate steps of double-stranded RNA duplication and also fully synthesized RNA strands – indicating that these bubbles are the sites of viral genetic makeup,” write Cortese and his colleagues.

But as the recordings revealed, SARS-CoV-2 hijacked other cell structures. To produce his daughter virus envelopes, he abuses Golgi, a cell organelle that, among other things, generates secretions for cell metabolism and releases them in membrane-covered vesicles. However, in the virus-infected cells, Golgi apparatus forms vesicles that have a viral content.

The mitochondria, the cell’s power plants, have also changed greatly. They are displaced from their positions and collect at the edge of the cell zone where the new coronaviruses arise. In addition, their internal structure and shape has changed, they appear thinner and with more voids. “Taken together, this speaks of severe disruption of mitochondrial morphology and function – presumably reflecting the disruption of the cellular energy balance caused by SARS-CoV-2,” the researchers state.

Protective cage made of protein filaments

But that’s not all: The coronavirus even converts the cell skeleton for its own purposes, as the analyzes showed. According to this, the cell areas where the duplicated bubbles accumulate are surrounded by a framework of interconnected protein filaments. These stable complexes of the protein vimentin form a cage-like framework around the virus factories. Such filament cages were previously known from the Zika virus, but they are new to coronaviruses.

“Such intermediate filaments play an important role in the innate immune defense and in the antiviral response of the cells,” the scientists explain. “This suggests that this SARS-CoV-2-stimulated vimentin cage could block cellular defense system sensors from reaching the viral replication sites.”

A starting point for further research

Taken together, these observations reveal how much the coronavirus changes our cells. Not only does he use the cellular machinery to copy his genetic material, but he converts the entire cell interior into a virus factory. “Our study provides comprehensive three-dimensional insight into the cycle of SARS-CoV-2 replication and to the changes in cellular organisms that ultimately lead to cell death,” notes Cortese and his colleagues.

They have completely published their 3D structural data and information to make these results, which are important for antiviral therapies, available to other research teams. “In this way we can support the global efforts to interpret SARS-CoV-2 interaction with its host,” said co-author Yannick Schwab of the European Molecular Biology Laboratory (EMBL) at Heidelberg. (Cell Host & Microbe, 2020; doi: 10.1016 / j.chom.2020.11.003)