A10 lorry trailer on fire in Tauern tunnel 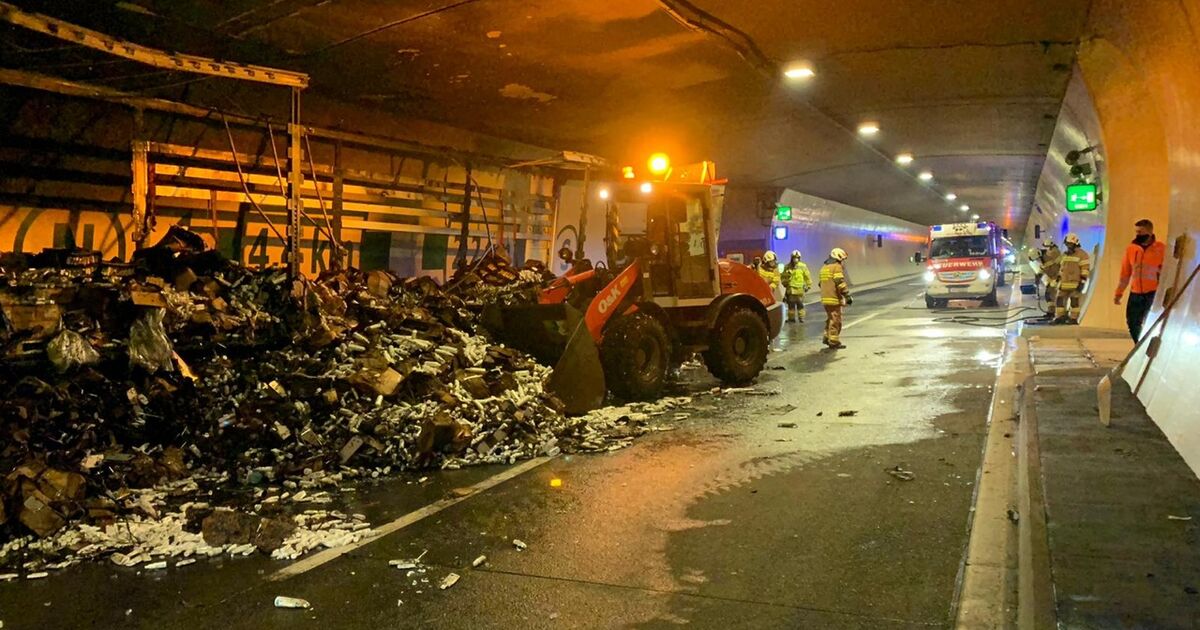 In the direction of Villach, ASFINAG again opened the tunnel to traffic at 8 am

‼ ️ In the Tauern tunnel in the direction of Salzburg, a truck burns to an unknown cause. Fortunately, the handlebars …

Because the truck was loaded with disinfectant, it was very difficult to use the fire brigade. The fire was extinguished shortly before 7 am, but because the chambers continued to appear, the emergency services had to use a wheel loader to split the load into small units and extinguish it.

Asfinag’s experts will only be able to assess the tunnel and the extent of the damage when the load and truck trailer are secured and towed. In any event, the lights and cables in the crash bay, where the driver had moved his vehicle with a presence of mind, are damaged. “We have already organized the new material,” confirms Thomas Nessel, Asfinag tunnel security officer. Whether the tunnel roof is also affected can only be determined after a detailed examination.

Large-scale redirection of traffic to the A10

The traffic in traffic congestion in front of the tunnel was re-routed by police to the junction of St. Michael im Lungau. For truck traffic in the direction of Salzburg, Asfinag has established a major diversion from the Villach junction through the A2, the southern motorway, and the A9, the Pyhrn motorway. Until further notice, cars must leave the A10 at St Michael im Lungau and can return to Flachauwinkel.