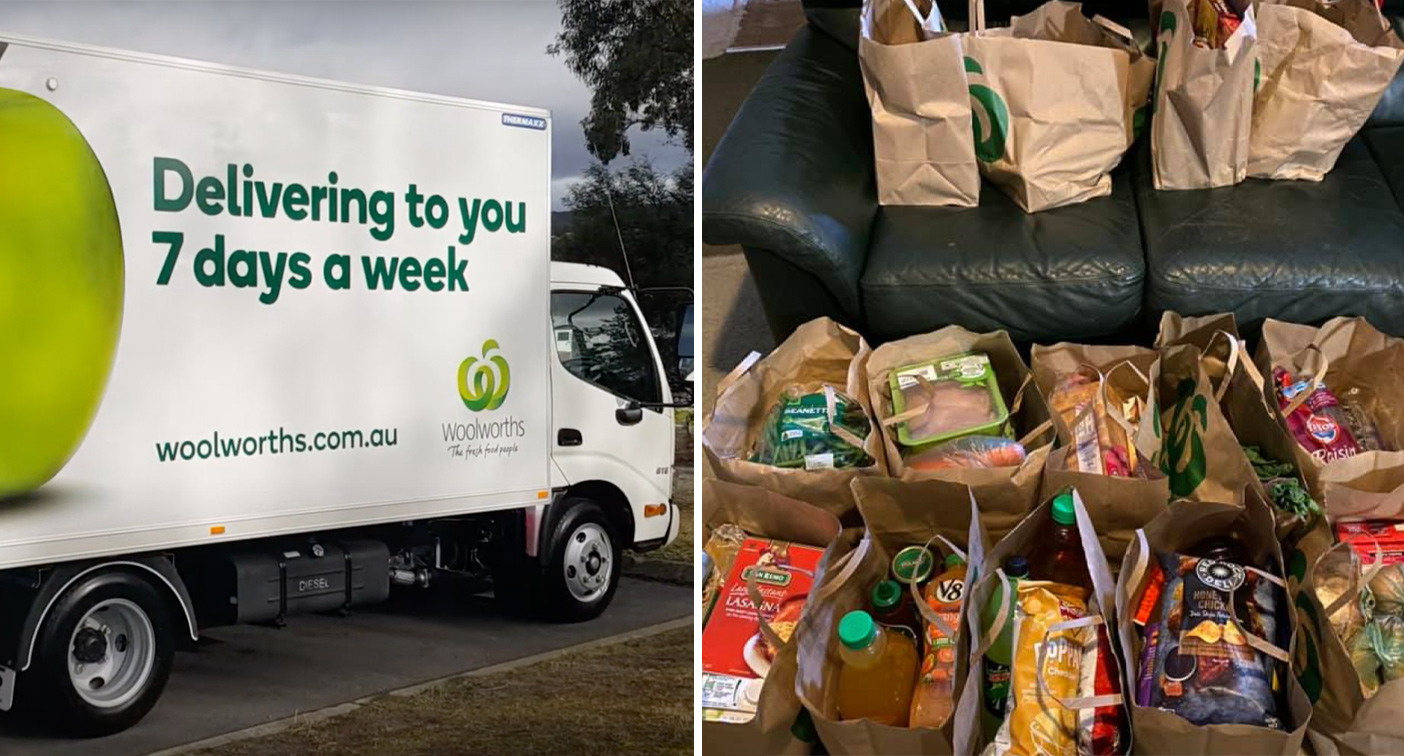 The Woolworths food store has reached room temperature after sitting in a haulage truck for more than five hours, a shopkeeper has claimed.

The woman said her week’s worth of items arrived “over an hour late” on Friday from the Bass Hill store, south west of Sydney, rather than the Revesby store, which is closer to home.

Adding to the frustration of arriving late, she claimed the contracted delivery driver said her order had been sitting in her truck for more than five hours.

“All my food is almost at room temperature and my products are no longer frozen,” the shopkeeper wrote in a post to the supermarket’s Facebook page.

He claimed the driver had just shivered and told her “it’s hot” when he asked him why his goods were not cold.

She accused Woolworths of running a “very negligent” service, asking for an explanation of the state in which her order arrived.

Items in order included raw chicken, pizza that was supposed to be frozen, fully melted butter and two-day beef mince.

Also packed into their 14 paper bags were several pantry items, a variety of juices, fresh vegetables, packaged bread and bags of chips.

The woman claimed that she had asked for a lamb leg no lighter than 1.5kg but had received a “small” leg just over 1.3kg.

“How will this feed five adults?” he questioned.

He also claimed that the toppings on the frozen pizza he ordered had “slipped down the bottom” and he could smell the defrosted food through the box.

Woolworths responded to the complaint in a comment on the woman’s post, expressing their disappointment that frozen items had arrived defrosted.

“We are disappointed to hear about this. It is never our intention to inconvenience our customers and we expect all our online orders to be delivered with the highest quality products – with any items frozen, to stay frozen, ” them.

She said they needed more information from the woman in order to pursue what went wrong.

Do you have a story tip? Email: [email protected].