What's on this big screen this week 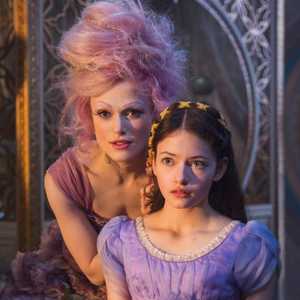 TWO of classic stories return to cinema screens this week in a very good start in terms of big budgets.

First, there is Disney's Extra Vaganage CGI The Nutcracker at Four Realms. The stars are Mackenzie Foy's fantasy adventure movie as Clara, a young girl who has put egg gowns closed by her mother who died and sets out in a magical land to restore the key.

Then, director of Otto Bathurst, in his typical film media, undertakes a cozy watchman Robin Hood. Taron Edgerton and Jamie Foxx are playing the remake, who is sure to share viewers. On the larger side, Ben Mendelsohn and Tim Minchin Aussies shine in their supporting roles.

Also out this week is the sophisticated drama play Widows, which puts a woman cast of a powerhouse – including Aussies Elizabeth Debicki and Jacki Weaver – front and center.

Here are the highlights of this week of the big screen and why you should see them:

And the Four Realms Nutcracker (PG)

A young girl is transported into a magical world of ginger soldiers and a weapon army.

Why you should see it: This fantasy fantasy is definitely dazzles visually, appealing to your inner princess, and – something surprising – under all the color and glitter is a decent story.

Why you should see it: What's really modern on the hooded watchman has to gradually aim in millennials but with a mish-mash of historical styles and inaccuracies, it's probably just appealing to its target market. Read the interview with the director Otto Bathurst.

There are four women who have nothing in common except for a debt that criminal offenses of their dead husbands point out in their own hands and try to make a future on their own terms.

Why you should see it: Steve McQueen's director and powerhouse cast refuses to cancel conventional genre abolition pleasures for a more powerful, motivating movie. Read the review.

As a marriage falls, a judge must decide a case involving a teenager who denies a blood transfusion on a religious principle.

Why you should see it: Emma Thompson's bounded performance as Judge of the High Court Fiona Maye is worthy of some Oscar.

Well done on his threat, Grindelwald escapes custody and sets out for collectors, most reluctance to the true agenda: raising pure blood uniforms to control over all things that are not magic.

Why you should see it: A beautifully designed film is set down by a stunning story that has too many characters to track. Read the interview with Dan Fogler.

At the age of 70, Forrest Tucker's career burglar joins a burglary of robbery that restricts the authorities and enters the public.

Why you should see it: The appearance of Robert Redford's final grand screen is a real crowd pleaser and a great swan song for the retirement of the scuba veteran. Read the review.

The young computer hacker, Lisbeth Salander and journalist Mikael Blomkvist are caught in a web of spies, cyber-criminals and corrupt government officials.

Why you should see it: Claire Foy is triggering the new heroes of Lisbeth Salander, but purgers are careful. Read the review.

Rami Malek stars in this striking celebration of the Queen, their music and lead singer Freddie Mercury, who had denied stereotypes and a sprayed agreement to become one of the most beloved entertainers on and blanket.

Why you should see it: Malek is totally committed to Mercury's portrayal, but by providing more pictures of copies of performances than after the scenes, this ends feeling like a slightly rocked rock flash. i was infected Read about the dark truth behind the movie.