ONLY: The Queen is stealing the show in Lady Gabriella's wedding photos! 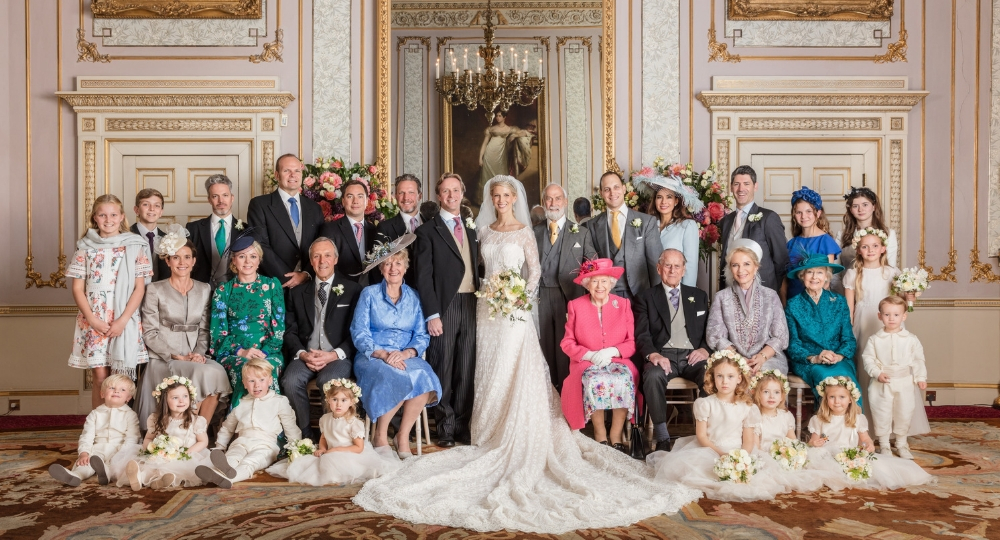 The stunning couple, who married at St George's Chapel at Windsor Castle on Saturday, are pictured in Frogmore House gardens, along with their young flower girls and their page boats.

Another image shows Dame Gabriella and Mr Kingston standing in front of the beautiful lake and Mausoleum domed mother of Queen Victoria, the Duchess of Kent.

His ceremony at St George's Gothic Chapel was the third royal wedding to be held there in the last 12 months, following Harry and Meghan's, and Princess Eugenie from York and Jack Brooksbank.

The final photograph in the set taken by Hugo Burnand, who was also the official wedding photographer of the Duke and Duchess of Cambridge, was a formal portrait of the bride and groom with their families and friends; u married party.

The Queen and Duke of Edinburgh were among those in the picture of the Decorative Drawing Room of the Duchess of Kent.

Prince Michael of Kent is the Queen's cousin.

Ella, as her family knew, had worn a purpose-built wedding grown by Italian designer Luisa Beccaria and a Russian-style Fringe Tie also worn by her grandmother, Princess Marina, Duchess of Kent, & & # 39, to my mother, Princess Michael, on their wedding days.

The sisters Isabella and Maud – Dame Gabriella and daughters Lord Frederick Windsor and Sophie Winkleman – are pictured sitting in the grass with their arms satisfied around each other t .