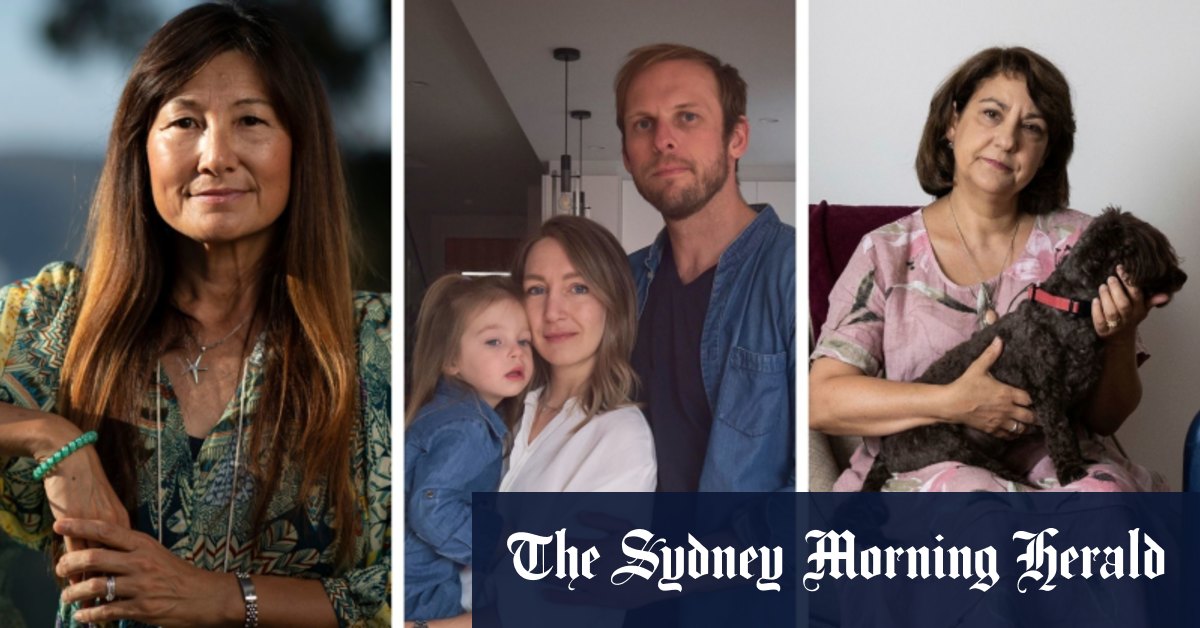 “I miss home more than before because I don’t know when I can fly, when I can go home,” Ms Clayton said. “I miss my family and friends and I’ve just told my Mum ‘please be healthy.’ She is starting to get some dementia, which is quite upsetting, and she is calling me every day and asks when I’m coming home. “

Had it not been for COVID-19, she would be traveling next week with her Australian-born husband and son but the need for a travel exemption, and the high cost of flights and hotel quarantine on return do ‘ n impossible.

Ms Clayton has a friend who applied earlier in the year to visit her own sick mother in Japan. The Australian Border Force denied her an exemption to travel until her mother had actually died and she needed to attend the funeral.

There are more than 7.5 million migrants in Australia, including 4.4 million dual citizens, with the largest sources being England, China and India.

Canadian Penny Natos, who lives in Sydney’s Cherrybrook, has made a difficult decision to fly to Vancouver next week to see her 93-year-old father and adult daughter, leaving her husband and 16-year-old son on back over Christmas.

“When you first get that exemption, it’s like you’ve won the lottery,” said Ms Natos, 58. “You’re at a euphoric peak and then it hits you, the reality is you you are forced to do so choose between one part of your family and the other. “

Her father lives alone and his health is deteriorating so she wants to help him move into supported living. The trip, which costs $ 10,000 in airfares plus $ 3000 for hotel quarantine, also means she had to leave her job as a primary school teacher because she can’t guarantee she’ll be back by February.

The family has been in Australia for three years for her husband’s work and Ms Natos moved here intending to fly back to Vancouver three or four times a year. He broadly supports the Australian and Canadian coverage of the pandemic but says the quarantine will be different in Vancouver because it will isolate at home.

For Helen of Manly, who asked for her last name to be withheld, 2020 has been a particularly difficult year. She and her husband are from Britain and have lived here for about a decade. Helen gave birth to twins in December last year and lost one at birth, while the other had ongoing health needs.

They moved to Australia knowing they were “only 24 hours away” if the family needed them. But in June, Helen’s brother-in-law died by suicide and found they couldn’t go back to support the family and take part in a memorial service.

“When you go through significant trauma or two, as we have, the first thing you want to do is be with your loved ones,” said Helen. “Failure to do so is obviously devastating.”

Arthur Wojcicki, from Poland throughout the United States, and his wife Yana Ostrizhnaya have lived in Australia for five years and their daughter Mira was born here.

Mr Wojcicki said he “could definitely feel the distance” with his aging parents. Prior to the pandemic he was able to visit once a year and arrange work projects for an extended stay. His father died a year ago and he has a visa to bring his mother to Australia, but he waits for an exemption for her to travel, and worries that she lives in South Carolina where many people believe the virus is a hoax.

The couple bought a home in Coburg in Melbourne not long ago but feel unstable. “We started having a lot of conversations this year, that we might have to uproot ourselves and leave and take care of my mother,” he said.

Dave Sharma, a Wentworth Liberal MP in Sydney’s east who described the travel ban several months ago as “quite an extraordinary restriction on people’s liberty” said the situation was unlikely to change.

“I have a lot of sympathy for those with family members abroad whose travel plans have been disrupted by the COVID pandemic,” Mr Sharma said.

“Unfortunately that is the reality at the moment. As we have seen abroad with the second and third waves, and with the outbreak of hotel quarantine in Victoria, COVID-19 is far from defeated, and the best way to protect the health of Australians is to maintain our strict border controls and quarantine arrangements. “

Get our Coronavirus Update newsletter

Stay tuned for news you need to know about the pandemic. Sent Mondays and Thursdays. Sign up here.

Caitlin Fitzsimmons is a senior writer for The Sun-Herald, focusing on social issues.