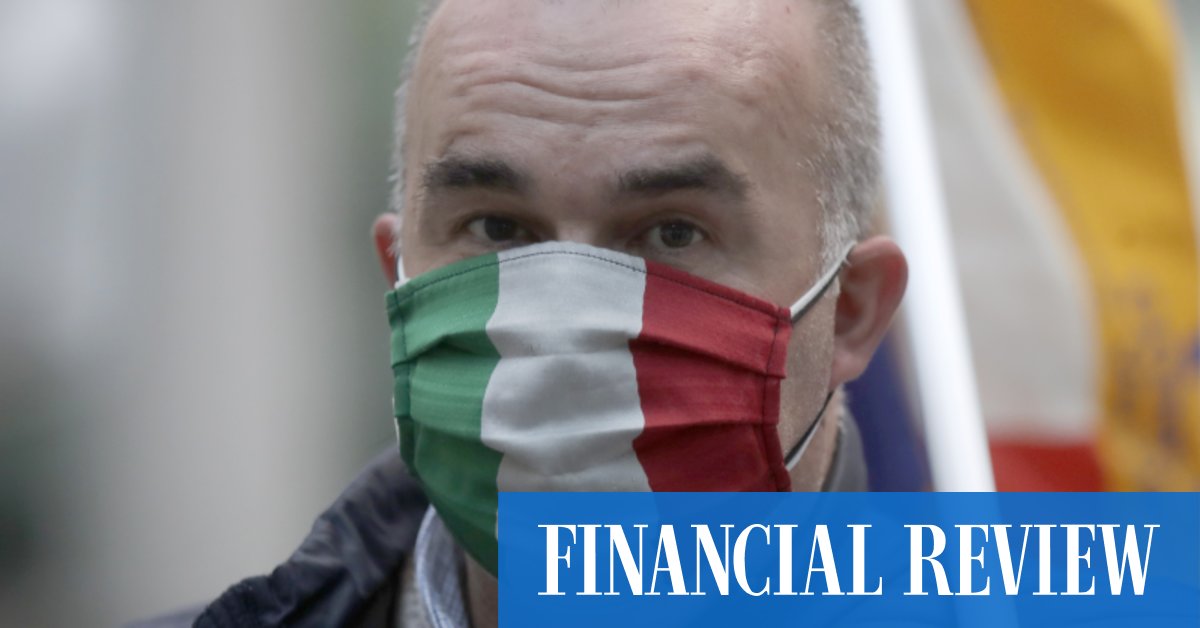 In France, Interior Minister Gerald Darmanin said the French people would have to “prepare for difficult decisions”, on a day when the country clocked 26,771 new cases and reached nearly 50 per cent capacity in its intensive care wards.

In Switzerland, intensive care beds could be full within two weeks. The coronavirus advisory task force president said the country’s second wave was worse than its first, and called for a full lock-down as a possible response.

“We have no time to lose. There are no alternatives to harsh measures,” said Martin Ackermann.

In a further indication that Europe is unlikely to easily slip the COVID-19 outbreak net, a European Commission official said it would be 2022 before the majority of the EU population could be vaccinated.

“There will not be sufficient doses of COVID-19 vaccines for the entire population before the end of 2021,” Reuters noted that a EC official told a closed-door meeting of EU diplomats.

In even more bad news, a study from Imperial College London emerged suggesting that the proportion of British people with COVID-19 antibodies declined from 6 per cent in June to 4.4 per cent in September.

“These data suggest the potential to reduce population immunity and increase redefinition risk as detectable antibodies decline in the population,” the paper said.

Some commentators suggested, however, that the very low rate of redefinition observed worldwide could mean that immunity to COVID-19 could be conferred either by a lower level of antibody than previously thought, or that the major the T-cell response is a weapon rather than the antibody action.

The travel industry received a welcome blow of scientific news, with the ONS finding only a negligible difference in COVID-19 positive test rates for those who had been abroad in the past month and those who had who had stayed in Britain.

Passenger traffic at airports is down three-quarters in September from a year earlier, with small regional airports most at risk.

Meanwhile, Britain recorded its highest COVID-19 death count since late May on Tuesday, reporting 377 deaths, which raised the overall toll to more than 45,000.

Although the rate of new infections is starting to decline in some parts of England, Leeds Hospital said it was canceling routine operations as coronavirus receipts jumped 30 per cent and first wave levels approach.

There are also an additional 100 non-COVID daily deaths occurring at home, according to professor David Spiegelhalter at Cambridge University, which suggests that people are, for the most part, prevented from seeking medical treatment.

Health Secretary Matt Hancock on Wednesday (AEDT) said he could not rule out introducing a new, fourth-level lock-down to Britain’s three-tier system – one where non-essential restaurants and shops would be forced to close.

Increasing parts of Britain are “tier 3”, which prohibits mixing homes indoors but allows shops, pubs and restaurants to remain open – as long as customers are only present with members of their own home .

Even a relatively successful and liberal Sweden is facing a surge in cases, prompting state epidemiologist Anders Tegnell to advise residents in the south of the country to avoid public transport and social interaction.

“Last week the number of new cases increased by 70 percent from the previous week, one of the biggest increases we’ve seen,” he told a weekly press conference on Tuesday (Wednesday AEDT). “This is a difficult autumn and will probably get worse before this ends.”

One of the greatest mysteries of biology ‘largely solved’ by AI