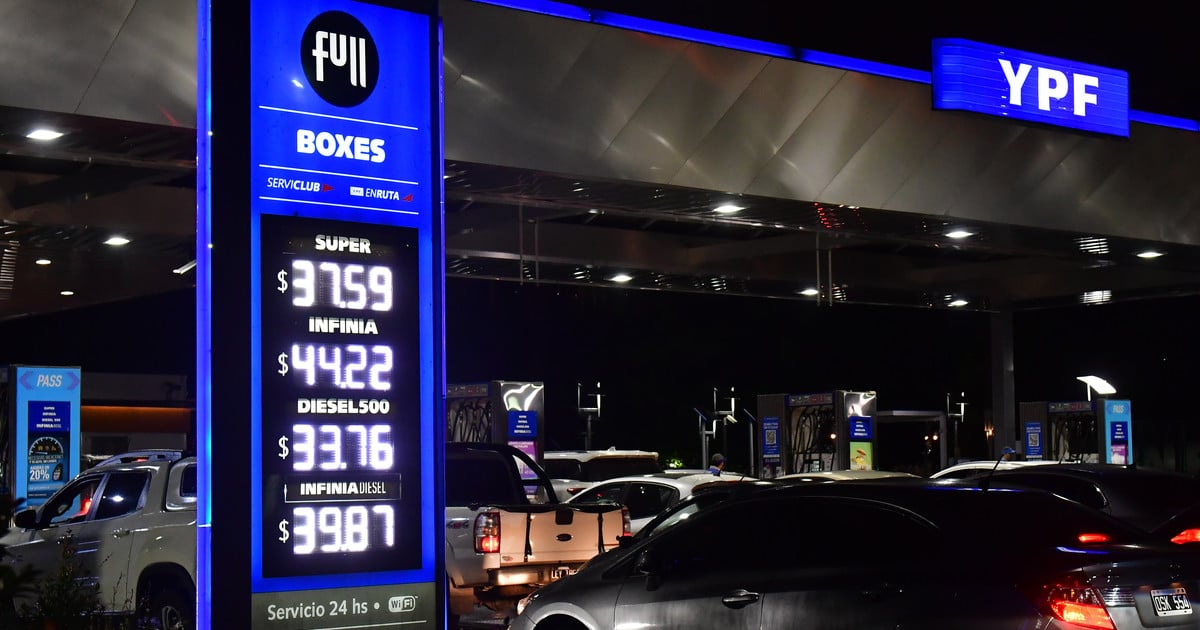 Gasoline prices will fall 1.5% from the beginning of Monday morning. The decision was implemented by YPF, but the rest of the market is likely to follow the lead company.

The Government had been negotiating with the oil company to achieve this reduction, and Clarin He developed in his Saturday edition.

The reduction in the international oil price and the stabilization of the dollar against the dollar were the factors that influenced this movement.

This is the first fuel reduction and only up to now in 2018. If the barrel of crude oil and the dollar remains stable, there is a chance that there will be another if there are discounts in 2019.

In a diesel, whose components are imported, there will be an increase, which will be 3%. In the sector, he already stated that naftas had reached "similar import" equalities, so it was practically low. On the other hand, they still considered that the collection was not far from reaching that equality with imports.

Clarin He also announced in his edition on Friday 23 that the Government is trying to reduce amounts from the oil companies.

Although competitors do not have to follow YPF, in November they emulated her.

The majority of the company made a 2.5% increase, and Shell and Axion increased by 5%. The suppliers of these banners were mobilizing strong sales to YPF, so both fell back and coincided with YPF.

In the Government there was satisfaction for the company's decision. Come as an advance tendency to help reduce inflation.

They would have liked a higher percentage (close to 4%), but also they knew that the fuel tax this month had increased in carbon dioxide tax and fuel transfer tax, which adjusts for quarterly inflation.

In November 2017, YPF made another similar decline, which is 1.5%. At the time, reductions in biofuels and oil companies have reflected this in their sums at that time.