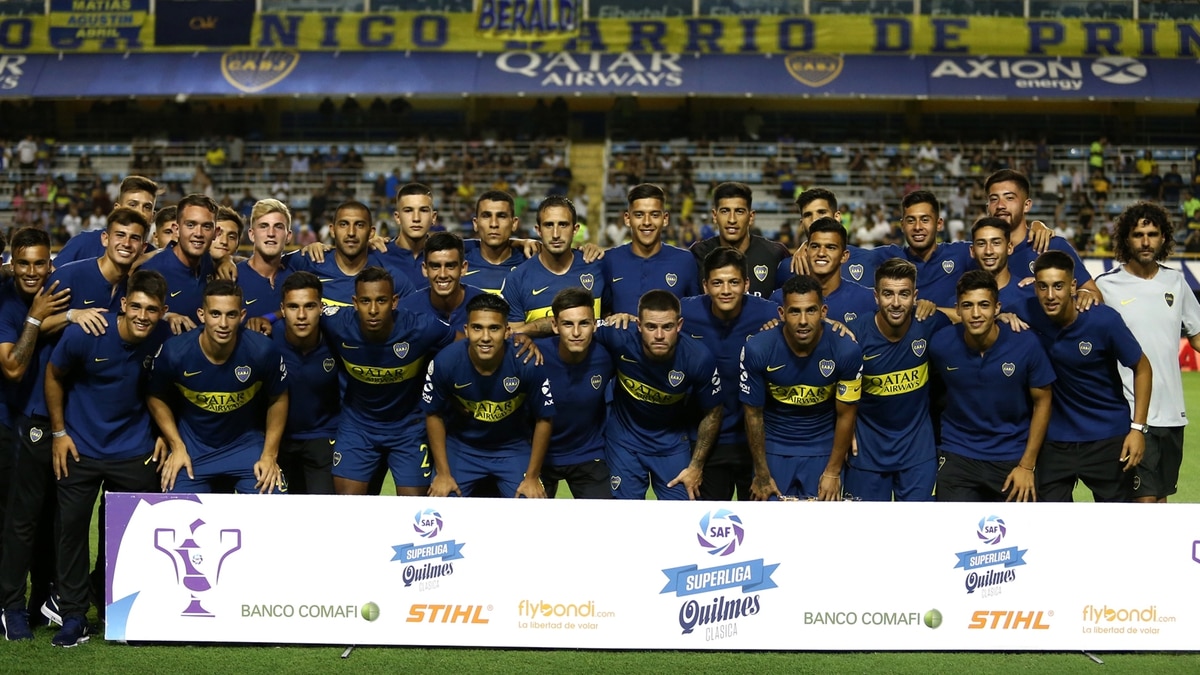 Vicente Pernía He referred to the current situation in Boca and left a very strong message: "With this team it is impossible to win the Libertadores Cup and be a world champion."

The old historical footballer, "xeneize", winner of a number of multiple local and international titles also charged against Gustavo Alfaro, Carlos Tevez and most of the current campus. "This team from Boca, Nandez, Bendetto and Izquierdoz are saved, the rest do not qualify", he assured.

Pernia, is also counted what Guillermo Barros Schelotto should have done to beat the River in the Libertadores Extension and named what would be the ideal trainer am order destinations Joyful. Next, the 12 most outstanding sentences of Pernía in dialogue with Super Radio Sports (TheVilla Trinidad Radio to Cooperativa de San Guillermo Television).

And the style of Gustavo Alfaro:
"I respect it very much, it's a great person, a great professional and it's really good, it will never fail in that aspect i Boca. the club needs a trainer who knows what to do. I hear it talking a lot about the tactical, the technical, reaching with three, with two, but the truth is that you have to win in Boca. If you play well, better and if you do not play well, they must also win. That is the obligation. Without hitting kicking, without nudges and without playing with bad milk, but seriously doing it and every ball to die. That's Boca. I still feel that many technicians, though they think otherwise, do not know the club and that is Boca. I'd like more to win a game fighting, have perspired, fought, even without playing well, a lovely game, I've played well with thaquitos and two. bottles. I want to win differently because Boca's story and what people want, unfortunately, have lost. "

"I do not understand how a player today plays three games and they are caring for him because he can not play the quarter. I do not play two games in a week, I can not understand. Five players change, as it happened against Atlético Tucumán, because four had played two games in seven days. The DT must search for a tutor team and play all the games. The situation is lost by the one who does not practice in the week and does not pay on Sundays. "

When did Boca lose their essence and lack of hierarchy in the squad?
"After Juan Carlos Lorenzo (1987) and then after the piece of Carlos Bianchi, although in this case "Carlitos" had outstanding staff. They tell me that Boca has a great team or spectacular players. I believe that Today the club has three players with the ability to play in Boca and put on this shirt. The rest are very good, but each team has that level. They are Benedetto, Nandez and Izquierdoz. "

"Benedetto, Nandez to Izquierdoz they can play well or poorly on how the team is armed. Nandez has all the features of Boca. It's incredible to play but that's just corrected. Her game is angry because he wants to go to fight, but that's just the DT solution.

"Anyone in the current squad is similar to Román, Ibarra, Bermúdez, Samuel, Serna … With that team, Boca won both Libertadores on penalties. How do we want to win the world cup with this team now? It is impossible. Now the teams are half of what they were in. I do not know who came with the players, but it has the responsibility that made the decision. You must choose not only for the technical or tactical ability you have, but because the winner is. Just play a good player and not counting on the other can not play in Boca. "

Boca's play style and feature of DT have to be assumed
"You can stop 4-4-2 and you will be much more offensive or with 4-3-1-2 if you stop it 10 meters later. I do not understand how Boca leaves today that the boys' teams leave the area. Take a press, every ball to die and when the robas are two meters of the area without ten. You do not win yourself with the plans, you're winning with well-explained plans. "

"Marcone is a very good technical player, but in that situation, I do not like the" 5 "technique, I like Serna, Suñé, Merlo a Gallego, I do not like Redondo. Boca has a mild focus, a very good but light technique. I hope it is, but The feeling is that Marcone is not "5" for the history of Boca. "

"Gustavo Alfaro He knows a lot and is very responsible, as I said, but apply the tactics to play with a small team. Want to do well, with a way of playing and not fighting a Boca does not go. Boca needs to be on Boca when he does not speak the rest says that he did not get A. If you spend 6 a.m. in the morning, no-one says anything. And the one who says something can not play in Boca. That is the personality of the technician needed. That technician today is Bielsa, where the organization's history does not say anything to him because he knows that he does not play. I hope that we're currently having it, though I had never noticed that personality to Alfaro, who I hope he was getting. "

The constant changes and the dilemma Carlos Tevez
"I feel that some changes are made not to look bad with a player and that's the worst thing a technician can do. He must draw a team together and tell who he is best in every situation and who he will play with. From now on, it's lost or earned to the best working situation in the week and in every game, that's the best way. "

"I'm asking everyone to give a percentage of their possibilities, but I can not ask Tevez to run as I was running because today he has not trained. Yes, I want to ask you to let me a hundred percent of your possibilities. Now, if you have an age and you have to take care of it and on top of working 100% instead of making it 70% or 80% it's still much worse ".

Judge Cristian Pavón:
"I do not know it personally, he must have all the desire to be the best in Argentina and go to football in Europe, but that's I have to improve many things , I do not have it among the most able to the squad. I have been saying for some time that he is not a good player as many journalists say. He's been playing bad for six months. I saw Maradona and Messi playing badly every 20 games. When you're good, from 20 games you play 15 very well, 4 good and 1 bad. "

Guillermo Barros Schelotto disorders at the top of the Libertadores with the River
"Guillermo made her a little neglected. We will have focused the players the six days before each final. If the trainer did, he won both games. The river beat him because the players were a little better technically and physically. But Guillermo lost that. If I had been in that training staff, we would be focusing on the squad fifteen days before each final and if they beat me, luckily, but we'll be sleeping ".