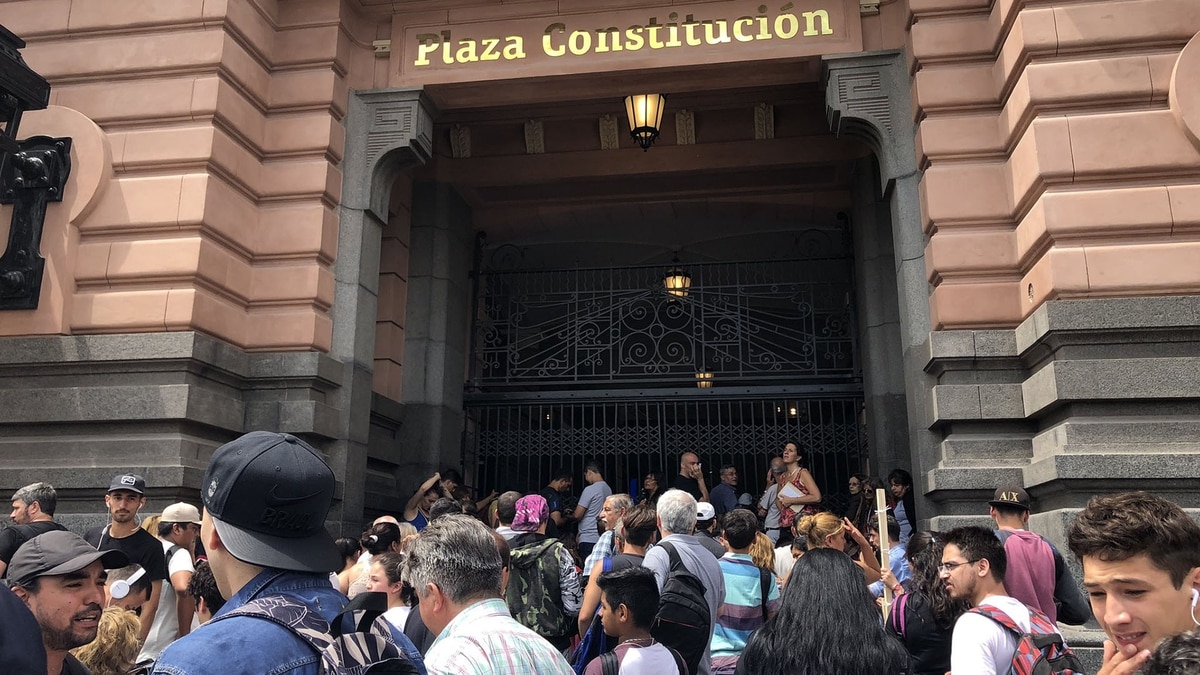 The Federal Police Department of Technology Crime stops the man of Friday was accused of being the author of the threatening bomb threats and train services from Roca, Miter and Belgrano Sur lines during the day.

As you know Infobae, the person who is detained in Enzo Sebastián Ceron Cedez is called and arrested in the street in front of his home, Agustín García in 3200, City of Buenos Aires. The man is 30 years old, abroad and is currently working at a call center.

On Friday, train services on the Roca, Miter and Belgrano Sur lines were cut for three hours in the morning due to various bomb threats They were fake.

In light of this situation, an important security operation was established to determine the integrity of the threat that came through an unknown WhatsApp message.

The Explosives Division used a number of brigades to inspect five railway stations, including the headings of Retiro and Constitución. The passengers were evacuated in a preventative way.

The services in each of the branches of the three lines affected after 13.30 were restarted, after the police have finished with the security protocols.

Yesterday, Aerolineas Argentinas airplane that had to leave from Córdoba airport to the city of Jujuy was delayed by bomb threat received at the Control Tower.

He was scheduled to abolish at 6:30 pm from Córdoba towards Jujuy, but, when transferring the plane off the platform, the warning order was received by the Control Tower regarding threat explosive device in that trip.

The order decided to suspend the procedure immediately and after reducing the passengers the aircraft moved to a remote sector, where The thorough reviews were conducted with negative results.

The passengers had to board another plane to continue their journey to the Jujuy province, where they arrived after 2230.