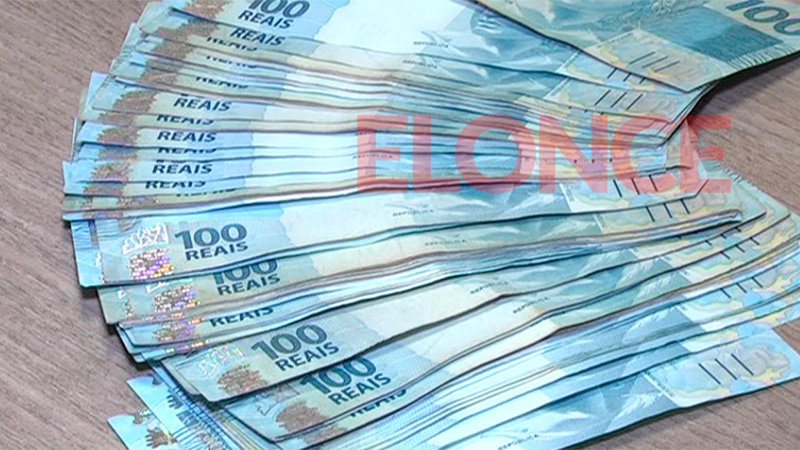 The summer season is approaching and although the change is not as convenient as previous years, many still choose to travel to Brazil to spend their holidays.

In this context, since this week, the changing house located in Paraná recorded a marked increase in demand and daily customer lines are being formed ready to buy real, and yesterday, 11 Pesos for the purchase and 9 pesos for sale. Up to a week ago, Brazilian money could be obtained at 9.75 pesos, but its value has risen in recent days to the rhythm of demand; and compared to last year, its progress was amazing: at the end of December 2017 there were around 6.95 for those who wanted to buy and 5.95 for sale.

Milagros Kuroski, Valuar branch manager in the Entre Ríos capital, said, "This is the time the biggest demand for reals is the money that leads to sales, and there was also a greater demand for dollars, "he said. One.

However, he noted that the seasonal sales of the neighboring country currency usually started to increase by December 15, but at this time he adjourned a little and began this week: "From Tuesday, it began to have more people "He told the analysis:" There are many people, but unlike last year, the purchase of money is less in terms of nominal terms. "

He said that the amounts needed are different: "There are operations ranging from 30 reais to 3,000 reais, the average ticket is between 500 and 700 reais per person," he said, indicating that the demand Higher of the truth is registered during this period and will extend until the first fortnight of January and the last days of the first month of the year, with the replacement of tourists. "Already in February, the organization is starting to reduce really," he said.

Regarding the dollar, he said: "Throughout the year, the dollar was a real currency, especially because of the variation it has had. People are always seeking asylum, for holiday and for fun. which is now the bonus, so you can get more information about next year, because there are many people who have not yet planned or decided on the topic of the vacation, but rescuing in dollars for anything. "

However, he explained: "In terms of the number of people who came to try to buy a dollar, it was more prompt in the last week, but during the first weeks of December the movement was lower and overall, in terms of foreign currency, there was a reduction Clear in sales: we are talking about the fact that every person has bought smaller, the average discount and we have a reduction of three to four times less than last year. "
Referring to other demanded currencies in recent years, he said: "Chile's weight has just dropped demand." This year, there are very few operations with that money, but for trips associated with sporting events or issues of these features, and not for holiday in that country. "

"In the case of Uruguay's weight, it's selling much less than in 2017, as there are fewer people traveling to Uruguay, but there is much more acceptance and Argentina's dollar." We know from the evidence of the clients that are generally When they come to dollars to Brazil, they are hard to change or they have to make an extra procedure: in Uruguay it's the case that the dollar is taken in any trade and then people buy a few Uruguayan pesos to travel to that country. "

On the other hand, the constant variations of the money generated, which differ from other times, buy with a credit card and even with a debit, it is not so convenient and for this reason, Those who travel to Brazil choose to get cash for daily expenses, as with other destinations abroad. "You bought more with a credit card when you went to another country, we believe you now prefer to play it securely, since the last two major depreciations, the previous and this government have been in the summer, a collective memory of the people and in fact it makes everyone want to make the exchange rate or the amount of foreign currency at the time of travel and that also stimulates a little of & # 39; r current purchase, "said Kuroski.

On the other hand, he said that next year's start, after the approval of the Financial Information Unit's decision, will expand the maximum that can be acquired by submitting the identity document only, without the need For other documentation to support the origin of the money: "We do not have the smallest purchase, but the FIU regulation has set up the largest, which will expand the 100,000 limit to 200,000 pesos per month in 2019, and from 150,000 to 400,000 pesos a year, "he explained.

Although in these days and at other specific dates there was more demand for dollars in Paraná, Kuroski confirmed that there was an unusual offer of the currency: "This year there was a record, it never had happened. , since the opening of the branch, more dollars are bought in the market or sold, and we have had periods without pesos, apart from last week's seasonal demand, during both Last month we had a lot of people selling their dollars, "he said.

In this framework, he concluded that: "Evidence from the clients that proves, this is about the fact that the small savings they have saved are used to pay debts that have & The current interest rates are becoming much heavier, or directly because of the rise in prices and the value of salaries, rather than saving, using that support to fulfill obligations. "

$ 11 Is the price for real sale in Paraná, the most demanded money in the last week. Those who intend to travel to Brazil spend a few days on holiday understand that it is more convenient to use cash and not as much as the credit card or debit card.

$ 39.10 The price of the dollar is for sale yesterday in Parana. Successfully registered money increases throughout the year and has doubled its value. Many of those who have already received their half-year bonus prefer to buy this money as a saving.

$ 45.25 This is the price that the euro is trading in the Entre Ríos capital. Up to mid-year it was equal to 30 pesos, and although this is not the best possible time, those who have already planned a trip to Europe take advantage of the bonus to acquire this money.