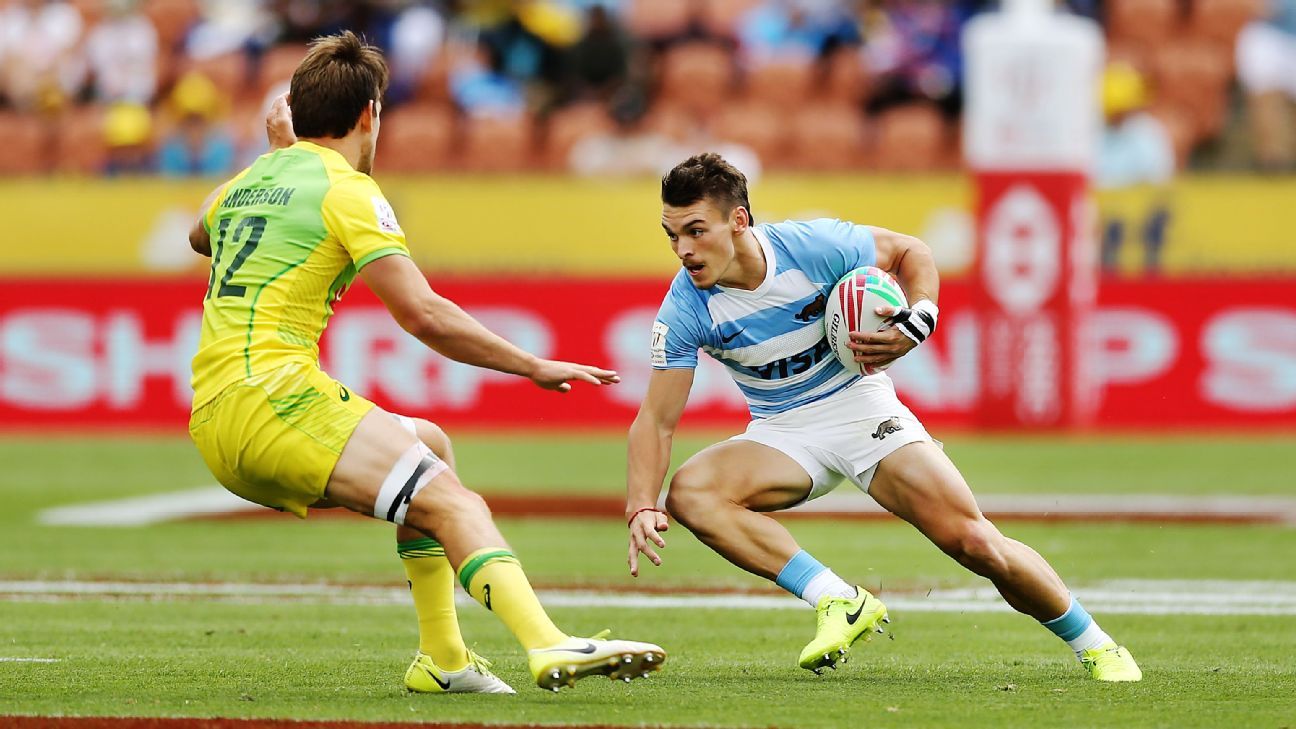 On the second day of Seven Sydney, Pumas 7 began with a convincing victory over Samoa by 36-12 who gave them the final of the Challenge.

The cast led by Santiago Gomez Cora, had been perfect against the local area, Australia, on the first day he played in Group D. In the morning, they had to lose South Africa by 25-10 and then counted for Tonga by 34-12 But he turned the result between South Africa and Australia and the balance against the Argentineans, who finished third in their group that sent them to the Challenge Rooms.

SUMMARY PUMS 7 & S 36-12 (Challenge Rooms)
After unfortunate start for both teams, Marcos Moroni had to leave the court with a knee pain. And after 3 minutes, Argentina got the first lead with the support of Mateo Carreras. Samoa has just passed time to achieve equality after the opening of the court. But the Pumas responded to the start, good fighting in the middle of the court allowed him to take the ball to Germán Schulz for the second attempt. In the middle of the first half, Samoa had a penalty to coincide with the score, but a great defense allowed him to recover possession and with a deadly counter, Lucio Cinti scored the third bid. The start of the second half was ideal, as Luciano González was supporting a new offer for Argentina. Although Samoa did not take breath and responded to play seven, for the conquest under the posts, and again he was hit for hit, so Franco Sábato, first to fight and win the ball and support her try, and a minute later for a big run and help with her foot to Luna.

THE PUMS 7 & S 29-14 AUSTRALIA
The first time the Gómez Cora team was not easy against the local team. After two minutes, Mateo Carreras opened the scoring with a great individual play. The Aussies made the score at the end of the first half with Simon Kennewell's request. At the beginning of the game, Cinti won a great anti-drafting conquest. After starting midfield, a third-haired pique gave Argentina a try, in the hands of Gonzalez. In order to obtain the result, two minutes later, Revol took off a penalty to extend benefits, and a fortune continued on the blue and white side, because a ball that appeared to be controlled in the Australian country was free and Etchart was supporting a new bid for an unexpected advantage. The local people responded to an end to the end to reduce the benefits.

THE PUMAS 7 & 10, 10-25 AFRICA
Argentina got a difficult recovery against Blitzbokke who threatened and threatened to check their ticket to the Gold Cup. Renzo Barbier – injured – and Fernando Luna supported the national team, but South Africa was waterfalls and scored five tries to stay with Soyizwapi's conquests win in duplicate, in 8 & 9 & # 39 ;, Davids 11, Geduld 14 & # 39; and Gans in 15s.

THE PUMS 7 & S 34-12 TONGA
After a short start, where Los Pumas 7 loses by 5-0, he recovered Argentina to the north and not only turned the game but also achieved a difference of key points with thought set on the trip to the Lawrca Bazán Vélez 7 & 39; Final Gold Rooms, Franco Sabato 8 & # 39; 10, Rodrigo Etchart 11, Luciano Gonzalez 14 & Germán Schultz 15 & # 39; were the scorers of the game. Although Gómez Cora managed their work correctly, an adverse result between South Africa and Australia left them third in the group, where they played for the Bronze.