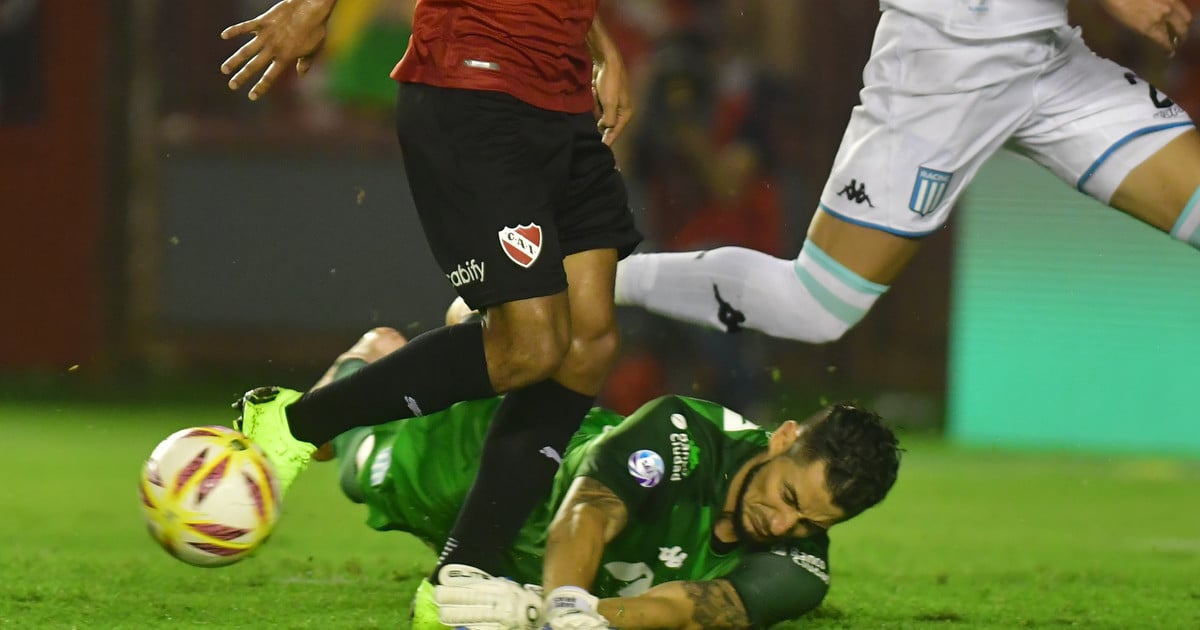 Gabriel Arias (8): He did not have failures. Pure sobrdeb He confirmed the great championship he had been doing. Has been covered by headline by Hernandez in the first half. And in the second, Dominguez covered it by hand.

Renzo Saravia (4): He suffered with Cecilio Domínguez, first. And with Menéndez, later. He raised him at the end. It was not anticipated that there was very little in the game as a whole.

Leonardo Sigali (5): He was complying despite being criticized for 7 minutes. I was injured, extending, and with an orthopedic collar.

Alejandro Donatti (6): Key in the first goal, win at the height but became a goal against Burdisso. His companion supported crosses and developments.

Alexis Soto (4): They flood a lot. It did not close Verón's center in the competitive goal.

Marcelo Díaz (6): It grew much in the second half. He had the precision in the usual tickets. He disposed of personality.

Matías Zaracho (5): He performed irregular performance. An empty one came to cancel the game and respect to give it a third.

Neri Cardozo (5): He was unable to repeat his great game against Godoy Cruz. He did not pass much. He was defeated in the middle.

Guillermo Fernández (5): Good when operating the stopping balls. After pressing great in the game.

Darío Cvitanich (6): They made the penalty of 2 to 1. Lack to wear out the opponent.

Lisandro López (8): A second great time, where he used his experience to control the times. He punished the penalty well. And he ruled the third one from Zaracho. Key to success

Nery Domínguez (6): Has been named by Sigali. He won several heads up. He was silent in hot moments.

August Solari (5): The team did not give the verticality he needed.

Julián López (-): He joined to get the ball. Right work.