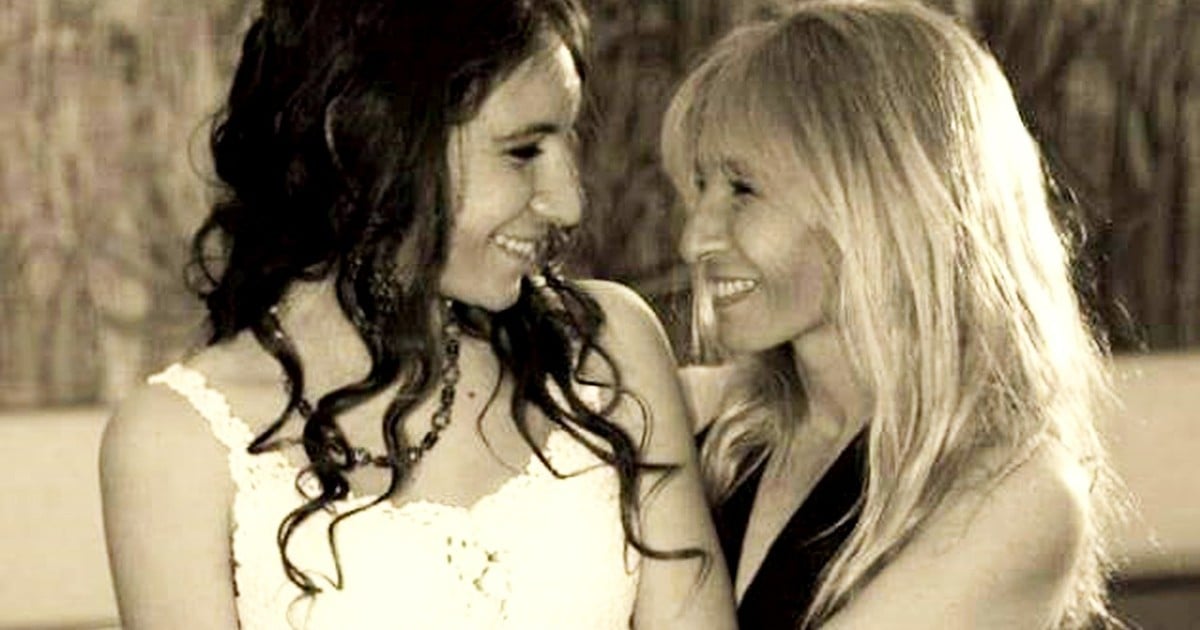 "On June 9, a day of the front, we put this picture in black and white. This is the last thing we do with each other. I remember that we chose this picture because it expresses the infinite love we have in our eyes. How I lost my girlfriend … I know you have left me a tremendous legacy that I try to achieve with the same integrity that you got, until your last moments. And I'm going to do it until we meet again. I love you until the sky clouds, Mumini. Mommy"

The painful postage of Jimena Aduriz, mother of Ángeles Rawson (16), was murdered by the teenager in June 2013.

Jimena Aduriz is the mother of "Mumi", Angeles Rawson, and suffered the pain of his horrible death, which occurred on June 10, 2013. On Tuesday, he shot the last picture with his daughter, taken the day before the crime, when the door, Jorge Mangeri, choked A 16-year-old teenager in the midst of sexual assault.

Two years later, the Criminal Court of No 9 sentenced him to life in prison for " tfemicide, sexual abuse and aggravated homuside crimes"

The judgment was confirmed in 2017 by Chamber II of the National Case Study Chamber and last year the defense appealed to him with an appeal in a complaint to the Supreme Court of Justice.

At the trial, Ángeles was proved on 10 June 2013, at 9.50, returning from his gym class, the building reached Ravignani 2360, in Palermo, but did not enter his flat on PB "A" because It was tied by Mangeri.

For Justice, the person in charge took "Mumi" to somewhere from the building and there began a sexual assault which, according to the victim's opposition, had finished in the homicide with the girl I've smoked, choked it and then threw it in the trash.

The next day, his body was found at the La Ceamse refuse recycling plant in the town of José León Suárez, in the San Martín area.

In memory of Ángeles Rawson, they set up a red bench in the jacket plaza where he played. His family was given in Santa Fe Avenue to 5000. Photo Marcelo Carroll

The case was explained when Mangeri himself was taken as a witness. There he first said he was encouraged by the police and then self-charged and arrested when he told the prosecutor Paula Asaro: "I am responsible for the 2360 Ravignani. I was"

DNA tests, under the genetic pattern nails of Angels Mangeri, who showed that the woman tried to defend herself from the attack and before she was killed, managed to grab the goalkeeper who had in several parts of # 39 to a body compatible with scratches.