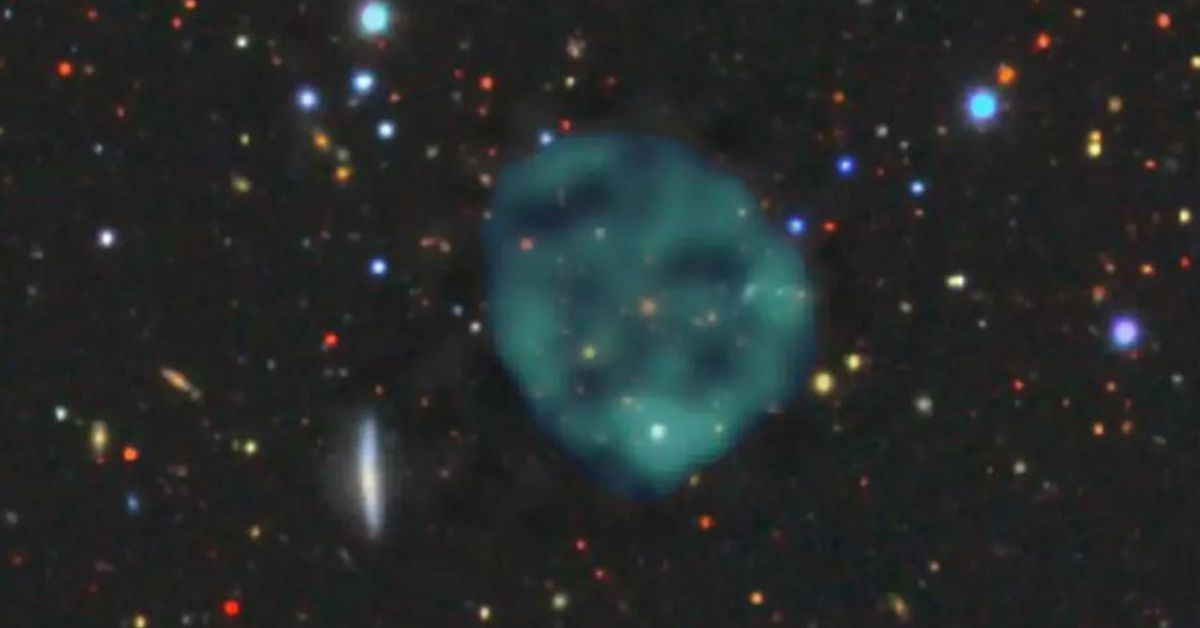 Australian team astronomers have captured a series of unexplained ghost rings in space that they believe show an entirely new type of space object.

The strange new objects were captured using a revolutionary new Australian telescope developed by the CSIRO.

The first was captured by the Evolutionary Universe (EMU) project manager, Anna Kapinska, in September last year but the research team has since discovered several others.

Astronomers have not been able to explain what causes the radio emission cycles, which they have called ‘odd radio rings’ (ORCs).

However, other telescopes have confirmed that they are real and not the result of a software error with the new telescope.

Even more strangely, the ghost blobs do not appear in images taken with optical telescopes.

“Electron clouds are probably causing radio emission cycles, but why don’t we see anything at visible wavelengths of light?

“We don’t know but finding a puzzle like this is every astronomer’s dream.”

Professor Norris said the objects could be in our own galaxy measuring a few light years across, or being far away across the universe and spanning millions of light years.

The team of astronomers will publish their findings so far about the mysterious objects in a paper in the Australian Astronomical Society Publications.

The research concludes that the objects do not fit the characteristics of any known space objects, such as supernova remnants or Einstein rings, which suggest that they are yet to be discovered phenomena.

Professor Norris estimates that there are probably a thousand more ORCs out there across the universe, waiting to be discovered.