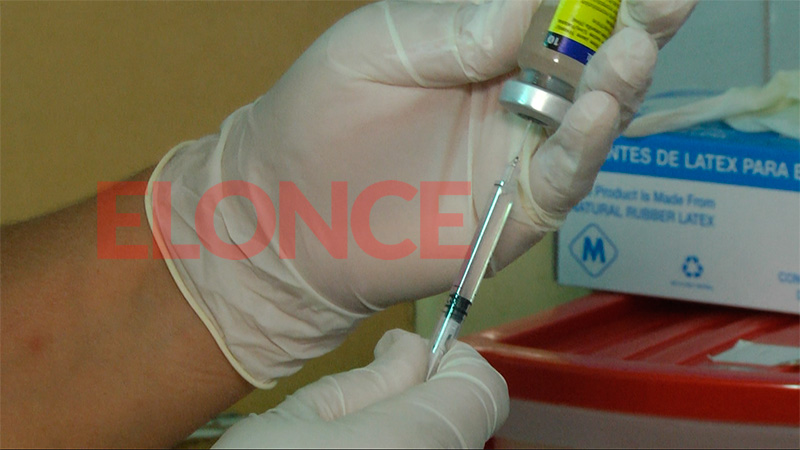 Sabin, Triple Bacteriol and Triple Viral are mandatory dosage for boys aged five to six who give a first degree. In the vaccination to San Roque Hospital there is a stock, he met Elonce TV.

Maria Cristina, or the place, certainly Elonce TV they are currently "well demanded during these months, the organization has registered mainly until mid year", although "children are still getting vaccine ".

"At present, we have vaccines," he said.

In the same sense he said: "A five-year-old boy can come to be vaccinated until a day before he turns seven."

To attend to be vaccinated, the children must submit "immunization card, DNI, who has written on the vaccination card".

He acknowledged that there were "shortages" for a few weeks, although we have "vaccines already".

Advise "prepare your children" for the period of the vaccine

"We want to ask the dads that are coming to get vaccinated, that's show them an educational video, with a time of two to three months in advance. There are nice and very familiar videos to help children get vaccinated without fear"said the nurse.

He said "there are screaming children, they're crying, it's not good for them, nor the people who have to apply the vaccines. We ask you to take advantage of the technology for the benefit of the small one. "

What protection do they offer us?

Oral Sabin Poliomyelitis vaccine protects from polio. The fifth dose applies to the school's income and, with these five doses, the plan has finished. Triple viral, has a protective effect against measles, rubella and mumps. Two doses are applied, and the second is five or six.

In the meantime, the Triple Cellular Vaccine vaccine should only be used for the reinforced dose of 5 to 6 years (access to the school). Defends against Diptheria, Tetanus and Bordetella pertussis (respiratory disease commonly known as pertussis or convulsa). Elonce.com.