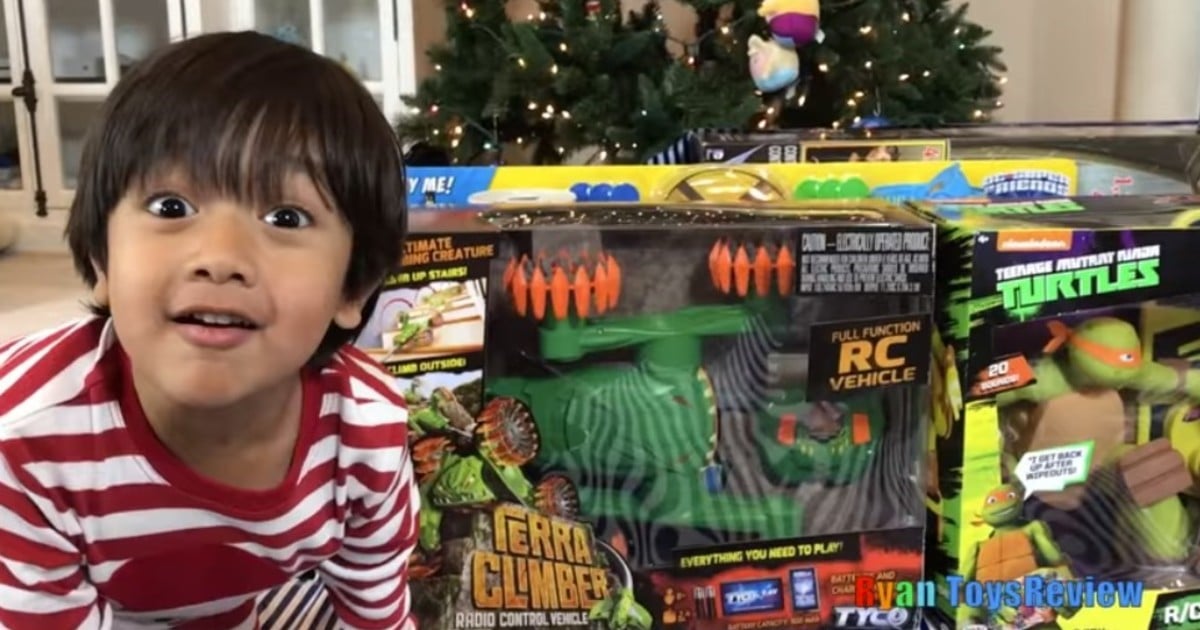 All users who became celebrities are called "youtubers" thanks to the videos posted on YouTube. But everyone was surprised when the Forbes magazine announced the annual list of stars who earned the most money through the platform.

Ryan, a 8-year-old boy who presents the videos on his channel of the name "Ryan ToysReview" from the eighth to the first place and He was the highest income user on YouTube worldwide.

Ryan is 8 years old and lives in the United States (Ryan Toys Review).

Ryan ToysReview is managed by his family in the United States, and is produced around 22 million dollars in gross income from June 1, 2017 to the same date in 2018, according to Forbes, compared to the $ 11 million that won last season.

Sometimes his father appears with him in the videos (Ryan ToysReview).

The account began to work after Ryan, who was then a fan of the toys reviewing for 4 years only, asked parents who could also publish their own toys reviews on YouTube.

The channel started slowly until a video published in July 2015 became viral. Here, the baby appears to open and analyze a box with more than 100 toys of Pixar Cars franchise and is already close to 935 million views.

The channel now usually analyzes toys that are going on the market or children's food products. Among them, Ryan offers his comments, with the help of his parents behind the curtains.

Ryan had a mother and dad at the Walmart store entrance (Ryan ToysReview).

"I'm entertaining and fun," said Ryan recently at an interview on NBC, explaining the popularity that led to becoming a small millionaire. The channel already has 17 million subscribers and a total of 26,000 million views, according to Forbes.

At the beginning of the year, the little boy reached an agreement with Walmart to sell a line of toys of the name Ryan's World only in more than 2,500 stores in the United States and on the store's website, according to Reuters. As a result, Ryan's World is the first product and sold after Pocket.Watch, a children's media company, discusses similar deals with several stars of online videos.

According to Forbes, it has a total of 26,000 million views (Ryan ToysReview).