Pablo Pérez: "We've been losing with the River because we play badly, they're better football" 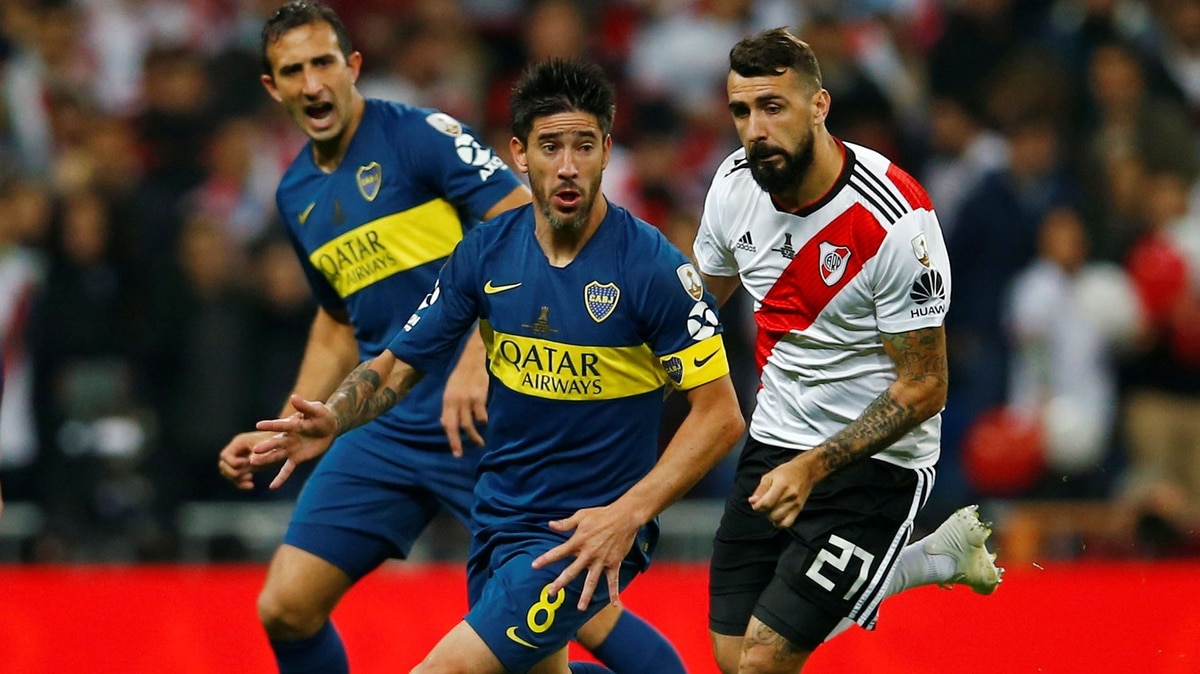 Pablo Pérez He referred for the first time to the end Libertadores Cup lost from before River in Madrid. In this sense, Boca captain received recognition of the competitors' improvement of all life: "We've been losing with the River because we're playing badly, they're better football."

In dialogue with Fox Sports Radio, the midfielder said that "It does not pass through personality" because it's "of the first moment you're wearing a Boca shirt", but he acknowledged that "they had the qualities of football" in the two final disputes.

In relation to historical info Remove the River World Cup at the ClubPablo Perez admitted that this was causing him a lot of work, as a result of a penalty loss to Al Ain. "more anger and incapacity".

"I think the Boca fan will have wanted to kill us twice what happened yesterday (Breaking a river against Al Ain). But you have to raise your head and you have to put it, this way is life like this and in Boca. When he saw losing an Afon he gave me more anger and incapacity. When you're sad, you'll remember things. Say that you could do this, the other. We could have won the game (the Madrid Survey).

In another order, Pablo Pérez denied accepting a migration proposal and he did that Its aim is to "play the next Libertadores and to win ". The "xeneize" captain also asked for a "in the final" re-exchange against the River. "It's just dialing if it's with them again, no more"he added.

* "The good thing is that we have the possibility of starting in January playing Libertadores, able to win the tricampeonato and we have to give everything. With the same we need to insist and at some point we will raise the Seventh. "

* "How can I feel flawed? This is not the world running out for me. I have to continue. We have a reorganization in 2019 and we can reverse situations. "

* "You have to learn from the ends. I'm one of those who learn, I'm 33 years old and I'm about to retire. I want to continue to learn, to see that there will be success soon. If the last competition was going badly, I will do my best to achieve the goal. "

* "A renewal problem or on campus remains a problem of leadership, the president and the new manager, I want a dial at the Libertadores. I had to spread and to the final, I want to win and the dial that I want as early as 2019. "

* "I wear a Boca shirt you have to have too much personality, the River did not beat us for that, we have to lose because we play more than those who had more football forces, not attitude. If they won the two finals this is because they play better. "

* "They talk a lot outside, I'm not excited now, I'll know the world of Boca. I'll know who speaks and does not speak, I'll know this more than a house. They say I'm leaving and I hate that part of football. Touch to wear a Boca shirt. "

* "Guillermo is a good coach, the results were given in the championship and not the Cups, but he left us a lot of things.. He knows what I'm thinking of. We spent three years of beautiful moments and ugly moments, such as losing two finalists against the River. "

* "I do not think we've had big mistakes in Madrid, they had more merits (Afon). They started to take risks and we wanted to take care of the result. Then, we went out a bit more and started to go out. I did not want to leave, and it made me tired to leave. "

* "People will be hurt, I do not think that this is the answer to go to court and insult, but good.or I believe that the Boca fan, as it is, will go to La Bombonera to encourage and bank ".

* "This is the most painful impact of my career, the worst. I wanted to end the year and won the Cup, giving people what they deserved. It was an incredible help for everyone. We deserved something else, but someone had to lose. "

* "The game went differently to what we planned. We did a good first half that changed the second half, He started to find places. Barring of Barrios was key. It runs to everyone in the middle field. When you lose someone like this, it's just started to change. "

* "It did not come to me. If it appears, I'll talk to the president and if the Angelici decides that I have to go, I'll leave. But today there is nothing. I have no doubt that I will remain in Boca. I have a contract and on January 3 I will present myself. "

* "I'm paying myself for some tactical things that we could have made in the game. For example, send Nández to where the competitor assaulted us in my area and I was not very physically. "

* "You've been injured 10 minutes into the game against the River. I stayed until half an hour and there I'm infiltrated. But I started to beat it badly and the paths already cost me more ".