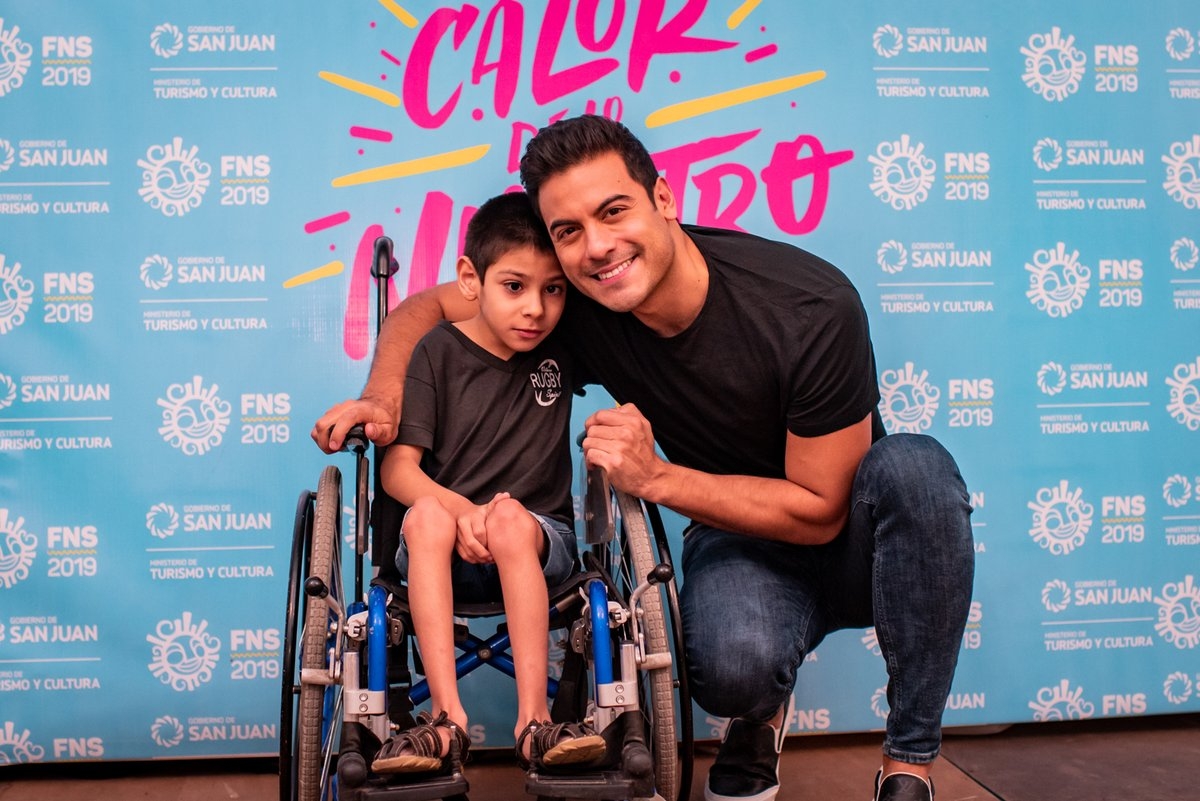 Awesome This is Carlos Rivera's show in San Juan, at the National Sun Festival. The singer made a dream of a number of San Juan people, not only that they wanted to meet him personally but also to have a few minutes with him on stage.

"This song is dedicated to all the families of ARA San Juan and everyone who dreams about the impossible, never letting anyone say they can not achieve it," says the singer in the middle of the night to complete the first Dream Andrea Mereles, the ARA Sanjuanino crew, Gabriel Alfaro. The woman had publicly stated that her dream, and many relatives of the ARA, was that Rivera would sing "Cry of War" and to devote the fireships to disappear.

This was before the show that he was able to express it personally in the official tent behind the platform, in the context of "meet and greet". Then I lived the moment of emotion when Mexico and the dream committed to dedicate them to the theme.

Another friendship that Nico, from his wheelchair, was urged to sing "Solo t" with Rivera on stage. "This child sings very well," said the Mexican in a compliment that loved many of the present.

Nico had also been able to meet Carlos personally in the special tent set behind the platform. All his parents expressed how "fantastic" is the child and how he knows at the heart of the song "Solo t".