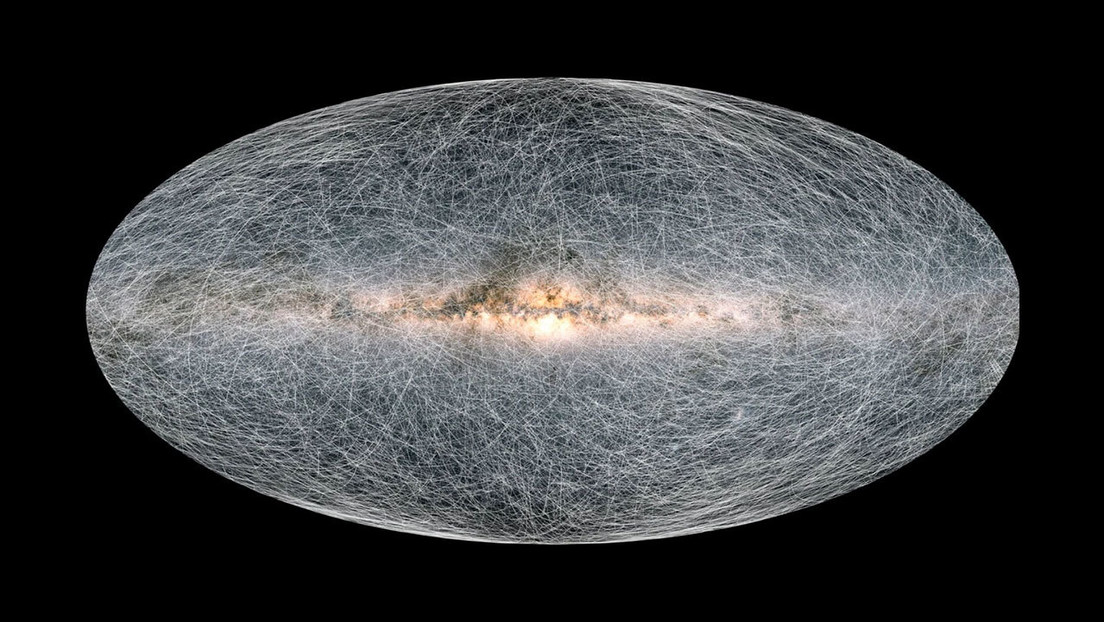 In addition, the scientists concluded that the disk of this spiral galaxy will grow over time, as new stars are born.

Researchers from the National Astronomical Observatory of Japan developed a map of the Milky Way, through the information gained over the past 15 years from the VERA radio astronomy project.

The experts estimate the location of the Earth in relation to the black hole in the center of the spiral galaxy where the solar system is located, called ‘Sagittarius A *’. According to astronomers, in 1985, our planet was located 27,700 light years from this compact and bright radio source, while recent data set it already 25,800 light years away.

The scientists explained that The earth accelerated 7 kilometers per second and went to about 2,000 light years to the supermassive black hole. However, they made sure “there is no need to worry” and added that “this does not mean that our planet is sinking towards the black hole.”

For their part, experts from the European Space Agency (ESA) created their own 3d Map of the Milky Way, using data from the Gaia probe.

The experts said they have been able to get new information about 200 million stars in the last two years and currently detailed data on more than 1.8 billion space objects. “The new data from Gaia allowed astronomers to trace the various oldest and youngest stellar populations to the outskirts of our galaxy, the galactic anticancer,” they emphasized in a statement issued Thursday.

After creating computer models of the galaxy, the scientists came to that conclusion the Milky Way disc will grow with time, as new stars are born. “The new data allows us to see the remains of the 10 billion year old disk and thus determine its smaller size compared to the current size of the Milky Way disc,” they added.