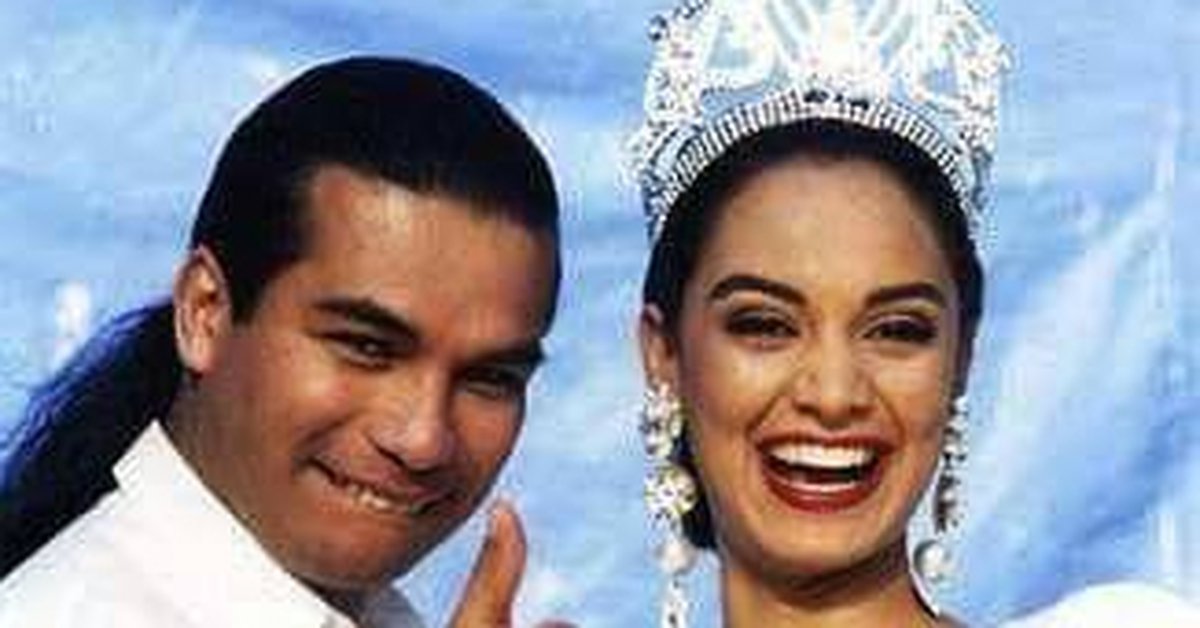 Name Lupita Jones has become more discredited with each day that has gone by. Now it wasn’t the women who have been under her tutelage who spoke, but the same coach who helped her win the Miss Universe title in 1991.

In an interview on the YouTube channel, “Chisme No Like”, Gustavo Castañeda, spoke of the betrayal the model suffered, having helped her get her crown.

According to his narrative, Castañeda caught the attention of Miss Universe president at the time, Mike Walker, due to the complete preparation given to Lupita Jones. It is thanks to his experience that the director wanted to give Castañeda the Miss Universe franchise.

“That franchise was given to me, not to her […] Mike Walker, he called me and said he wanted a date with me. This was the week Lupita won […] She said, ‘I am very impressed. And I want to offer you Miss Teen USA, Miss USA and Miss Universe control, so you can take care of them‘”The coach recalled.

Castañeda then had to wait a couple of years to reach this opportunity. However, before we can do anything, Jones is associated with Televisa to be able to have the fight.

“They sell the fight two years later, they take it to New York, hi [Lupita Jones] Flying straight to New York and taking it from me. The Miss Universe world director called me, who was a good friend of mine and asked me: ‘what happened? This is Lupita, why were you not here with her? ” Castañeda said. The trainer explained that at that moment he learned of the alliance between the television station and the business woman.

The beauty instructor too she reported witnessing how Lupita Jones grew from below, without the approval of any committee and rose to Miss Universe. But, the bad influences in his life were the ones that made him change his attitude.

“It didn’t get any approval from the organizing committee. Then there was a huge debate that the main prize when he won ‘Señorita México’ was the preparation with me […] But when she was ready to come here, [el comité] he denied that and he did not pay“Castañeda said.

However, Jones had many people around him who trusted his talent and his family and community helped him raise the money needed to be able to train properly.

“She, her father and a charro organization she belonged to from Mexicali, paid for her preparation with me. Because the committee refused, they didn’t want to do that ”, he said.

And, despite winning the title, no one else wanted to support her, so the coach decided to move among his contacts so that Jones had more fame in Mexico.

“When I saw that she had won, I didn’t see any kind of movement on behalf of Mexico In terms of TV, radio, magazines, newspapers, nothing. I was already working with all the magazines in Mexico and started to shift my contactsHe added.

And, though he didn’t want to show himself in the press as someone who helped him get this far, magazine decided to publish a full-page photograph of Jones and Castañeda together. However, this she did not appear to her boyfriend at the time, Simón Charaf.

“She called on me to tell me even what she was going to die from, because I was giving myself credit for her. It didn’t seem to him, it fell like lead […] Y. from then on I started to notice Lupita’s attitude against me very coldly“, mourning.

These kind of attitudes that Jones had against the preparer forced him to give the businesswoman an ultimatum: he told her that if it wasn’t needed then she would no longer advertise. That was when she remembered her attitude. Despite all that, Jones showed a selfish side.

“The new Miss Mexico will already be crowned […] I don’t want you to prepare it, because if you prepare it you forget about me. I don’t want any of them to make me fly, I want to be the only one because my job has cost me, ”the model told the trainer.

Castañeda explained that he was wrong, because in countries like Venezuela, India and Puerto Rico they had several queens and they all had their place, so his claim seemed absurd. But according to the coach, Jones did not want to listen to him and tell him that she would be the only Mexican winner of the match.

“Venezuela and India are good for me, we’re in Mexico and I want to be the only one […] that’s what I want. I don’t want you to train anyone else ”, the model asserted.

Despite all the problems, the instructor still remembers that this young woman who arrived from Mexicali, is nothing like the 63-year-old woman who insults and offends her trainees.

“La Lupita before corona, with me [era] lovely, very pretty, very obedient, very docile, very humble, very sweet, very respectful. Shortly after he won the crown, under that bad influence that connected, it was already a complete change”, He assured.

MORE ON THIS SUBJECT

Lupita Jones on Sofía Aragón: “By suggesting that I am a thief who lost the glass; he took me out of my boxes “

“Not a glass of water”: Luz Elena González recalled her experience with Lupita Jones and Nuestra Belleza México