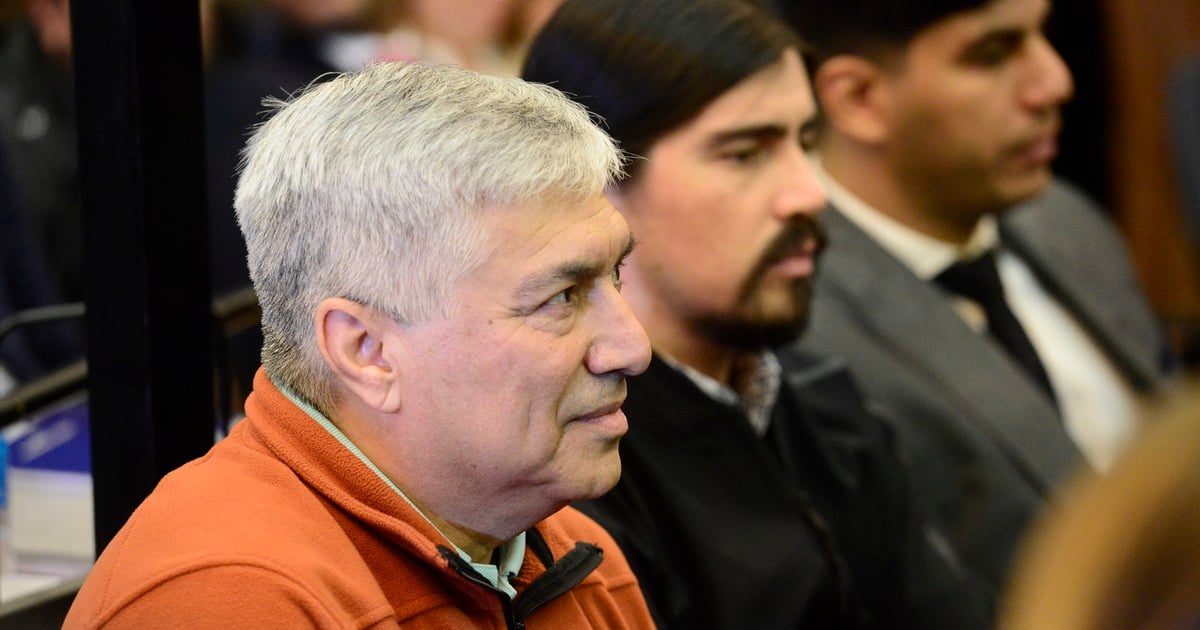 As a domino effect, after the three are released for the sale of cartographic Cycone, Amado Boudou, José María Núñez Carmona to Nicolás, this Friday Lazaro Báez lawyer asked for his freedom based on the decision of the Federal Oral Court 4 (TOF 4). This TOF carries out the trial for the Money Route K. However, the virtualization did not come just a bit: unanimously, the three judges rejected the owner of Austral Constructions.

Lázaro Báez, former business partner Cristina Kirchner, I've been retained since April 2016 by the order of Judge Sebastián Casanello who instructed the case of the K Money Path where assets laundering movements are investigated for 60 million dollars.

At the end of two years to prevent preventative and at the beginning of the trial, he asked to protect K business business for release.

Judges Pablo Bertuzzi, Néstor Costabel and María Gabriela López Iñíguez resolved and should continue to be held in Ezeiza Prison for another year while oral cases continue. Already without Bertuzzi in court, this Friday, TOF 4 rejected Báez's request.

For Costabel, the business "it did not shape any new debate that would set the need for a new analysis of the issue, so I think that the motion should be refused in restrictions – without further consideration.

Báez also had no luck with both judges who had voted for releasing Boudou, López Iñíguez and the exchange of Bertuzzi, Silvina Palliotti: "the considerations made in another case and in relation to other responsibilities, do not automatically apply in analyzing the consent of Lázaro Báez's procedural risks, since such analysis must be based on the specific and special circumstances of all accused, "they said.

After Amado Boudou was released, José María Núñez Carmona was to Nicolás Ciccone – and three were convicted of the Ciccone Case -, after a lawyer of Báez, had asked for this first Friday to give the best; preventative detention.

"The basics of the majority vote are relevant to my client's factual situation, so his preventative jail becomes arbitrary and disproportionate," said Lazarus's letter. Clarin.

TOF 4 members had already decided before the trial Lazaro Báez should be retained. They understood, as prosecutor, Abel Córdoba, that this was a complex case. Also, the economic relations and influences were considered that the economic year could be considered to Beez.

Then Judge Pablo Bertuzzi joined TOF, who is now part of the Federal Chamber of Buenos Aires. Adriana Palliotti Judge replaces him in the Court and he is the one that has been declared together with López Íñiguez or in favor of the release of Boudou and those who are detained by the case over previously sold Ciccone.

The central foundations of the freedom given this refer to them the lack of risk of blocking the case as the trial by Ciccone had already come to the conclusion and the accused transferred his fulfillment in freedom. They also understood that there is no danger of escaping.

These proposals were restored by the Báez prisoner's defense for money laundering. Therefore, in his presentation, business business lawyer K "said the only criterion that would be applicable to justify an extension," the preventative suspension would be "that could be escaped or prevented & # 39; the investigation, "stating the judges' ruling López Íñiguez to Pallioti.

Using the basis of the arguments that made it possible for the former vice president to leave the Ezeiza Prison after four months – where Báez – said his defense when he stopped preventative " Procedural risk must be objectively tested and neutral incapacity with a less expensive protective measure ".

Lazaro Báez was arrested by Judge Sebastián Casanello two years ago, when the plane that traveled from Río Gallegos at San Fernando Airport flew. At the time The magistrate held his preservation order stating that the ship had not introduced its plan of flight and that could mean an escape plan.

In this case brought by Judge Casanello and Prosecutor Guillermo Marijuan, Baez, his four children (Luciana, Martín, Leandro and Melina) were accused, Daniel Pérez Gadín, Jorge Chueco, Leonardo Fariña, Federico Elaskar, Fabián Rossi, among others, for "integrating a dedicated band to money laundering between 2010 and 2013 has worsened by the usual". Head of everything, according to justice, was business K.

The precautionary measure included, for the same amount, Austral Construcciones and another set of companies that intervened in the process of moving money laundering amounting to 60 million dollars between 2010 and 2013. Without determining that their assets Increasingly between 2010 and 2013: today it adds more than 420 properties for a value that equates to 2.547 million pesos.

In this context, Báez defense identified that it can not be enough to maintain the preventative detention in "the risk of flying in an alleged institution that has designated a laundering of money."

Prior to the proposal already made by the Court on the material property and ownership of a millionaire business K to maintain the risk of flying, counting on financial means to realize, the lawyer "no longer owns the ownership of vehicles or from & Those goods of companies or individuals registers ", by the various precautionary measures set in various cases.