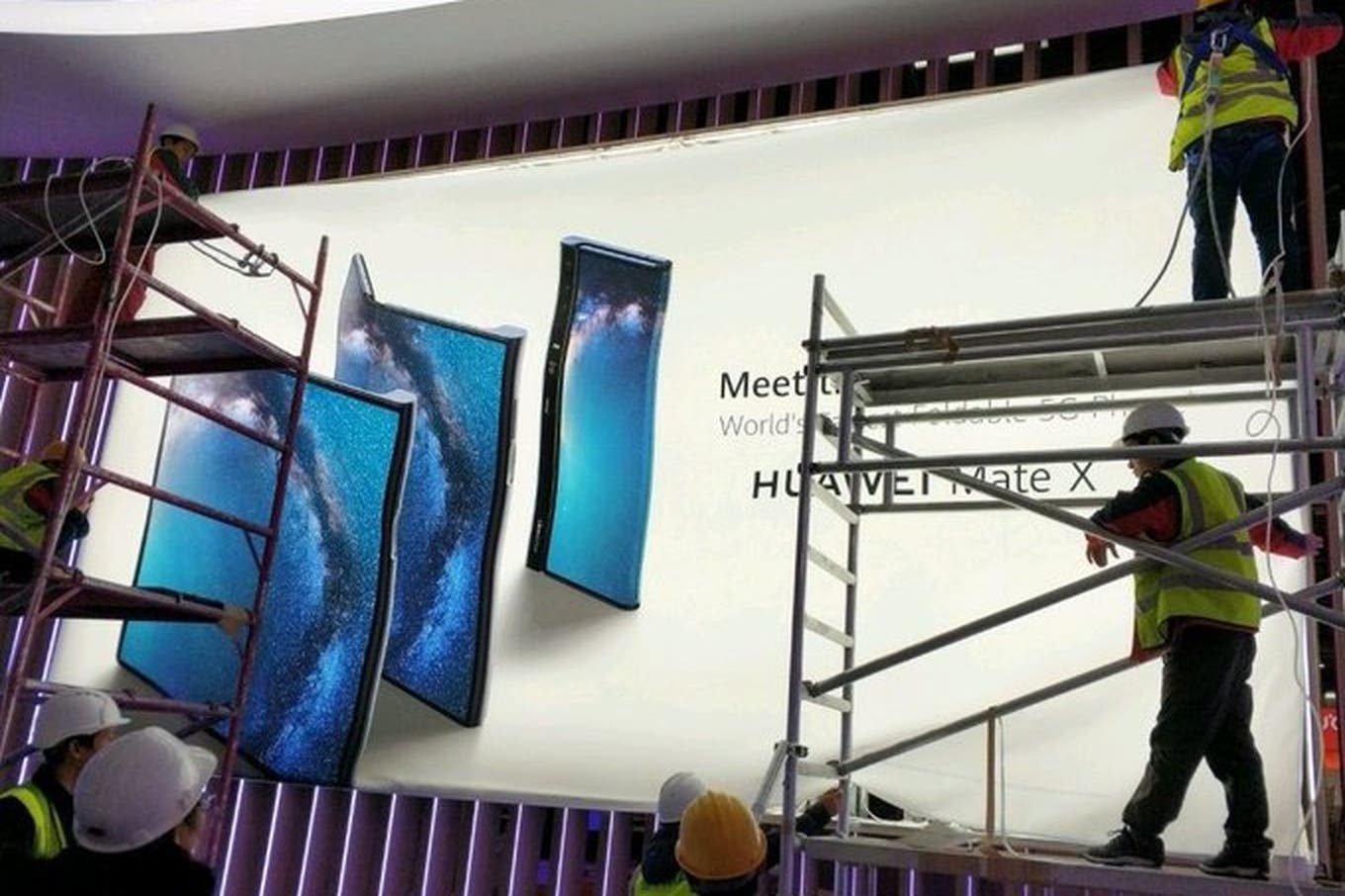 On Monday, the 2019 mobile industry fair known as the World Mobile Congress (MWC 2019) starts in Barcelona, ​​where many companies make large equipment announcements. In other years, Samsung introduced the new members of the Galaxy family here, something that he liked this year in advance a few days
when the four Galaxy S10 showed.

Samsung also introduced her
A smartphone with a folding screen, the Galaxy Fold (which will be for sale in April), and it seems that Huawei does not want to stay too long: a tweet with a poster of a poster is placed somewhere in Barcelona (a city in which MWC's week gets leaving her to prepare by Huawei, Samsung and other technology companies) reveals the secret.

The photo seems to be real and does not come from Photoshop; and allowed to guess with the announcement that Huawei could do at his press conference before the MWC, this Sunday at 10 am to Argentina. It is usual for companies to make their announcements on Sunday, so that teams can be shown on Monday.

In this case, with Mate X, a smart phone with a bending screen and 5G, which explains its experimental situation. The Mate X appears to have one external screen that is
it's turned back, in the style of Royole Flexpai, and unlike the Galaxy Fold, which has two (one small externally and one large internal).

Huawei's design advantage is when the phone closes, the two coverings are in perfect connection; the Fold Galaxy, on the other hand, leaves a small light between the spine (where the gears allow the phone to open) and both cover; This is because no matter how flexible the screens are, they can not be folded as a paper.

The counter of this design is that the only screen of the phone is always open, and it can not be protected by the glass Gorilla Glass glass, as it is rigid.

Anyway, it's all guessing: on Sunday morning we'll know more. We could also see
news in this area from Xiaomi, Lenovo, LG and other companies, who also prepare flexible smartphones.