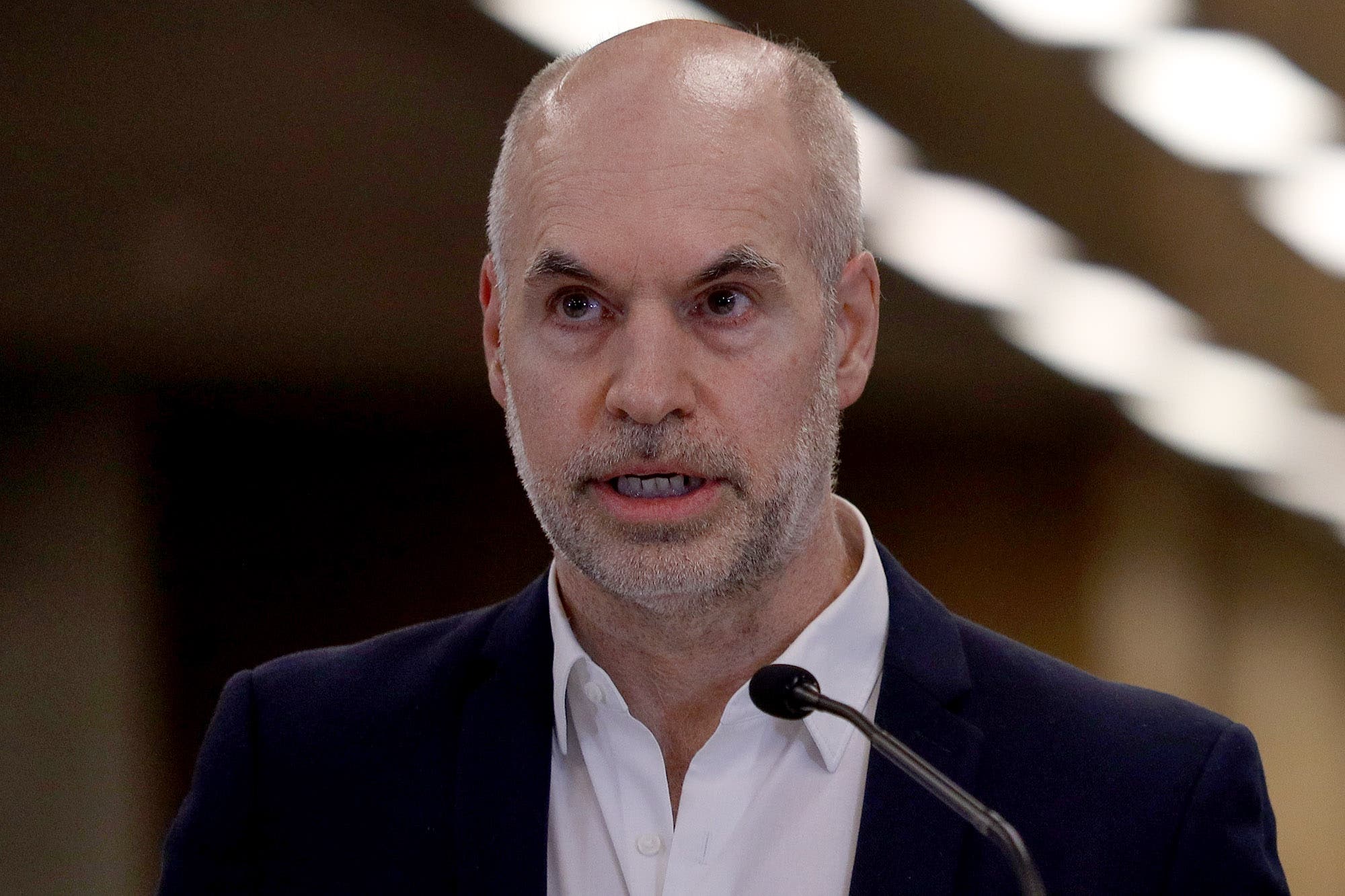 We are going to answer three questions that set out the agenda for the week: are you giving the profile Horacio Rodríguez Larreta to fight K machines? Is Amado Boudou a new María Julia, as Hugo Alconada Mon suggests?

They first met the new poverty figures in Argentina that the UCA depends on: more than 44% of Argentina is poor and 6 in ten boys is, is there hope for this country?

Máximo Kirchner put Rodríguez Larreta in the ring Tuesday morning in Congress when he finally managed to pull out of the City, should the half penalty of Deputies becomes law, 65 billion pesos for next year: it is 10% of Buenos Aires budget. I’ll translate it for you: the idea is to pay and dress out three years before a candidate who has more than 65% popular acceptance in the polls and could be the culmination of a political project that never shelved the “let’s we don’t go for everything. “

A very important figure from Juntos por el Cambio, an ally of PRO, told me: “Horacio wants to become evasive, like Nicolino Locche, but now he’s going to show if he can and wants to wear his gloves. Can you, will you ?

It’s as if you are in front of a machine that is like Hannibal Lecter, a “silence of the innocent” psychopathic psychiatrist, and you talk to him about a dialogue, of encounter, of peaceful coexistence. Even Alberto Fernández, who brought a different logic of power, could not manage to maintain his balance in the face of that perpetual mechanism of conflict that is Kirchnerism. Yet for pleasing them with so many gestures, such as attributing Maradona’s funeral, Chavista’s allies ridicule him and the other side as well. A harsh editorial in the British newspaper “The Economist” describes Alberto Fernández as “a president without a plan.”

But the attack by K-machines not only aims at financing the City and revenge on the porteños, who always voted against Kirchnerism, but, quite simply, sought to remove its autonomy; the saying, his province rank.

It’s also true that the K-machine attack is chasing him and could benefit him, the Kirchnerists say. That, in principle, was what happened to Macri. They beat him so much that they eventually helped him reach the presidency. However, Scioli, in a similar situation, did the opposite: the slopes struck so early that he finally wore out. Which of these two destinations will Larreta, Macri’s or Scioli have?

The argument for withdrawing money from the City had humorous moments like the intervention made by Senator Jorge Taiana when he compared opposition proposals to the arguments in favor of gender-based violence: when the criminals present themselves as victims. As well as belittling the issue of gender-based violence, Taiana needs to be reminded that in cases of gender-based violence, the one who practices it is the strongest over the weakest, there is a disproportionate power relationship, but here it is it goes the other way: Resources are controlled by the National State – largely co-opted by the perokirchnerista apparatus – and it is clear that whoever manages the resources not only holds power, but also has the ability to discipline others, to the point that the same thing machines have managed to get Buenos Aires deputies to vote against themselves and obviously against their representatives. More than gender-based violence, Taiana emerges as a case of Stockholm syndrome: when the victim protects her victim.

The squeezing of the City – and any other province – is possible because there is no law regulating the way the collection is distributed between the Nation, the provinces and the Autonomous City of Buenos Aires. That black hole, that limbo made it possible for the Kirchnerist apparatus to dominate the provinces under the pressure and extortion system: that is, I will give you if you vote for me. The Chavista Diosdado Cabello says it in a cruel, direct way.

Kirchnerism and Justice: one “victory” and two failures

The most important judicial news of the day and a crucial political fact in the Kirchnerism plot is that Amado Boudou could go back to prison because the Supreme Court unanimously upheld his sentence of five years and ten months in prison because it sought to hold 75% of the shares of paper-based printing company Ciccone, in exchange for resolving its financial problems.

Boudou’s response to the Court’s decision is very revealing. In a swell with Kirchner militants, Alberto fiercely ridiculed Fernández for not doing anything to obstruct the “law” in Justice. “No political bullshit about Cristina has been resolved,” he said. How is this phrase translated? Alberto, you didn’t do your part to guarantee us a penalty. That was part of the agreement for you to be president.

Because of the other bad judicial news for Kirchnerism is that the Criminal Cassation Chamber – the highest criminal court in the country – ruled in favor of the constitutionality of repentant law. What does this mean? Very important support for the case of the bribery notebooks that Diego Cabot uncovered and which revealed, with data and facts, the corruption conspiracy between Kirchner officials and businessmen.

In simple terms, what the Justice decided was that the repentant testimonies were evidence to judge Cristina Kirchner, who is accused of leading an illegal society to collect bribes from public works employers. The judicial decision destroys Kirchnerism and Fernández’s own argument that the repentants were “extorted” to testify under threat of going to prison.

After the Cassation ruling, Cristina Kirchner’s future will remain in the hands of the Supreme Court: the place where all political conflicts have recently come to an end.

That Justice continues to keep Cristina’s cases alive breaking the theory of law even for their own sake. Why? Because it revealed that there was real evidence to judge and condemn Kirchner’s officials’ corruption actions and that the cases were not part of a political persecution promoted by the Macri government. Macri is no longer there and the cases are progressing the same.

What was the judicial success that the Ks celebrated? It happened what many of us feared might happen. As for the notebooks, the person under investigation is now its author, Diego Cabot. It is being investigated by a well-tuned Kirchnerism judge, Martínez de Giogi, who asked to see security cameras to identify a journalistic source that Cabot met: a measure that is openly unconstitutional because our constitution protects the anonymity of people reporting in a journalistic investigation: that is, it protects the anonymity of the sources.