Cost of living for Argentine registered workers increased by 6.1% monthly in October, the second highest figure since April 2002, and accumulated the fund an increase of 47.2% over the last twelve months.

This is obvious from study Employer Statistical Institute (IET), which reflects the increase in prices and the specific impact on the income of registered employees. 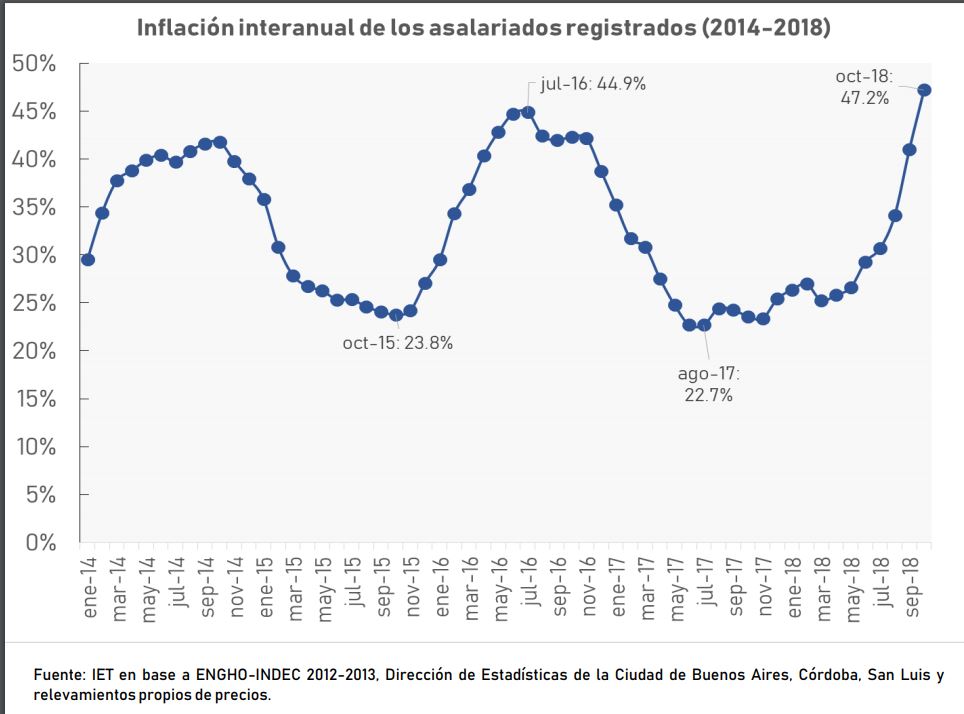 Inflation of 6.1% in October and 6.7% in September (the highest mark per annum) yielded cumulative 13.2% in the two month period, making it higher than Chile inflation registered or Peru in the past four years.

In October, he continued to influence strongly The dollar was registered during the last days of August, which took him from $ 30 to the range of $ 36 / $ 40.

In October 2018 the purchasing power was 18% lower than in November 2015, the monthly IET report, which has logistical support from the Metropolitan Education and Labor University (UMET) and the support of 45 CGT and CTA unions .

Probably, over the next few months, this significant reduction begins to slow down as inflation slows down and wages start to recover land. Anyway, the size of the damage is so great that today the power of purchase is at its lowest level in a decade. 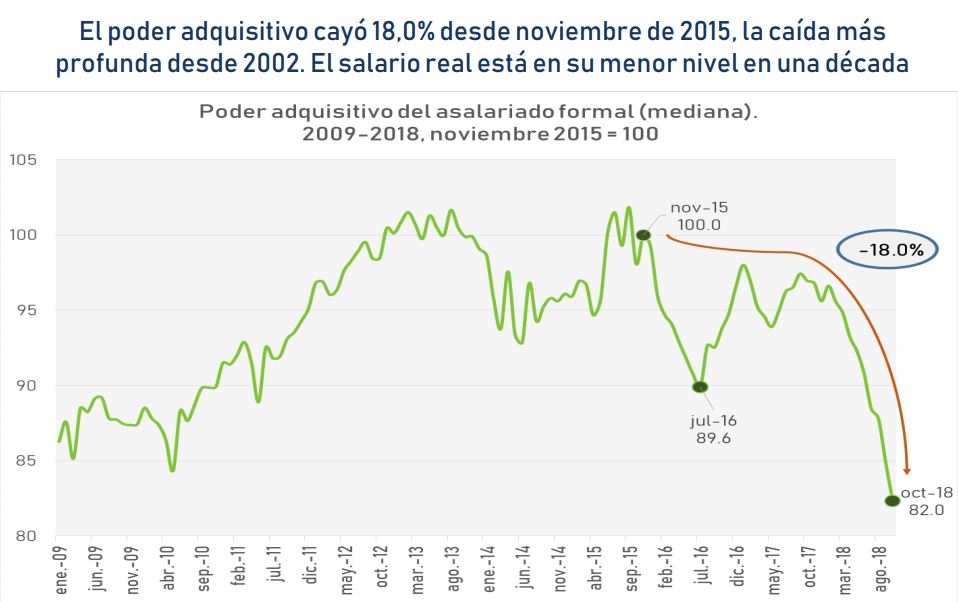 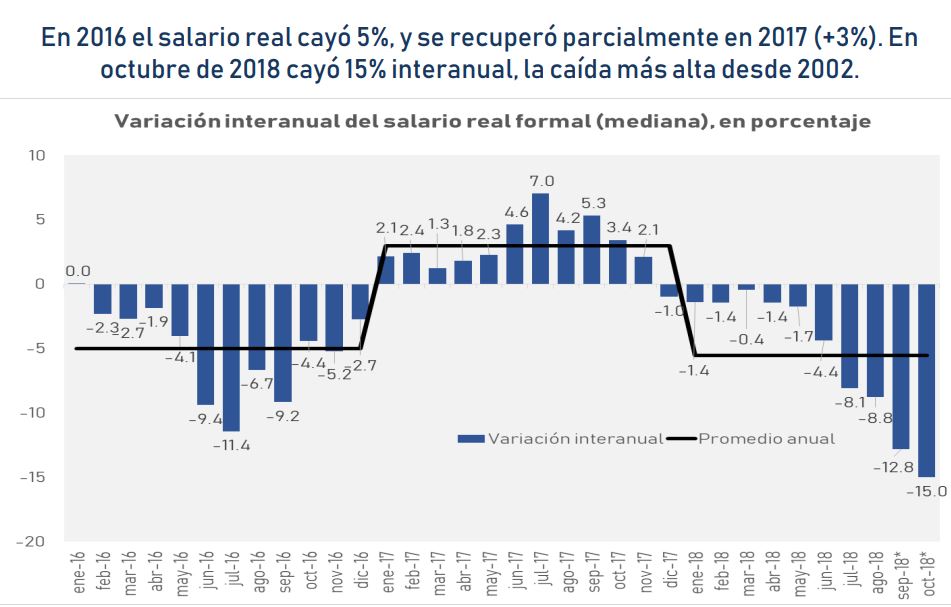 The UMET rector, Nicolás Trotta, stressed that "the collapse of the real salary is so large that today's power of purchase is at its lowest level in a decade. This year will be remembered as the year in which the purchasing power has the greatest reduction in the last 30, except for 1989 and 2002. "

In the meantime, the CGT Statistics Secretary, Victor Santa Maria, expresses his concern when announcing: "In October, inflation continued to be broadly generalized to all employee user goods and services, 72% of the 327 items inspected by the EIT showed an increase of more than 1.5%. "

"Our members and our citizens show us in the streets, obviously in the numbers. This economic policy has an intense impact on the most neglected classes, as inflation is more intense in the lower income objects, which is explained by the disproportionate impact of public service increases. "

Hugo Yasky, Secretary General of Argentina's CTA, inflation records and falls in purchasing power "It's the result of the economic plan" that is being developed by Mauricio Macri.

"It's clear who pays the economic plan that the Government agreed with the International Monetary Fund: there is a brutal adjustment against Argentine employees, while some sectors earn a flight that is flying away, "said Yasky.

Yasky said that most of those who now earn money in Argentina on the financial front of corporate, family or friendliness with national Cabinet members, whose dollars are deposited in tax shelters.