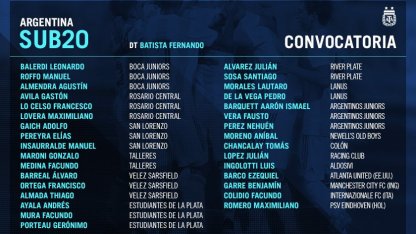 Fernando Batista gave the squad's list for the first time to start training with the Is 20 Argentine Team starting next Monday.

# Is20 Choosing trainer Fernando Batista announced the list of players who will start training on next Monday at 17. pic.twitter.com/Z1ZikgI5Xf