Elections in Neuquén: for the Electoral Board … 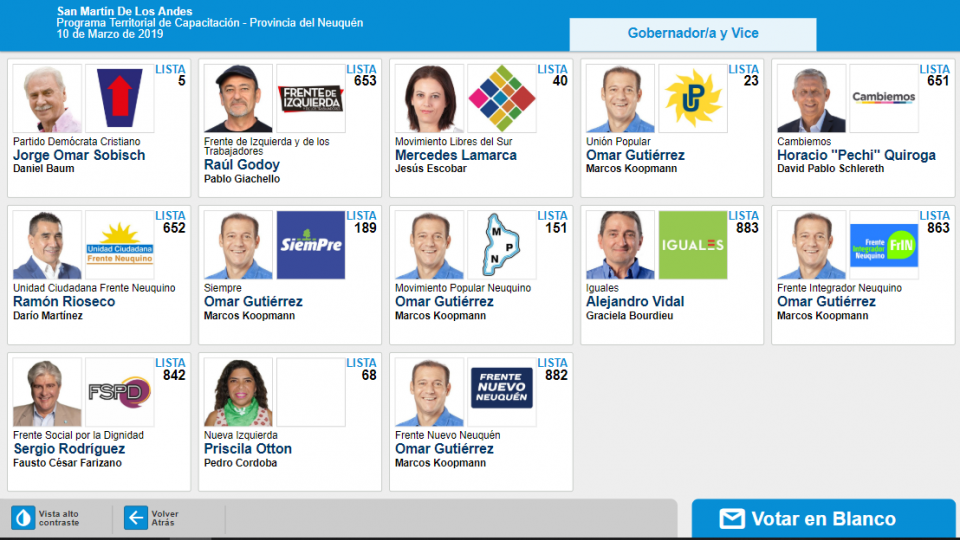 President of the Neuquén Electoral Board, Germán Busamia today confirmed that "the election is ongoing with an overall average", despite the fact that representatives of Unidad Ciudadana -Frente Neuquino have held a press conference and presented a pre-Election before the complaint of a ballot change when using the electronic machines.

Busamia noted that the problems that have risen to date "have nothing to do with the voting system." According to him, they got up to this half-half complaint that was in changing the will of the electors who, having printed their voting, had asked to vote again.

"So far, the race has been getting smooth, some machines have had some difficulties, but they have been replaced quickly," said Busamia at TN. "We make a very positive evaluation for the moment," he added, adding "so far the problem has nothing to do with the system."

As he tried to clarify, the Board received "some specific proposals from some constituents who submitted claims for the difference between the printed ballot on the machine and the one that the voter carries". However, he was of the opinion that "what has happened is that the people who elect, are going to address the board president and worry the voting that he announced."

"We have authorized the presidents of the board to enable the elector the possibility of having a second ballot so he can cast his vote again," he added. "We have not denied the possibility of replacing the poll effectively, not to encourage the public to pay attention, as it has been three minutes to confirm their decision before the polling is printed," he said.