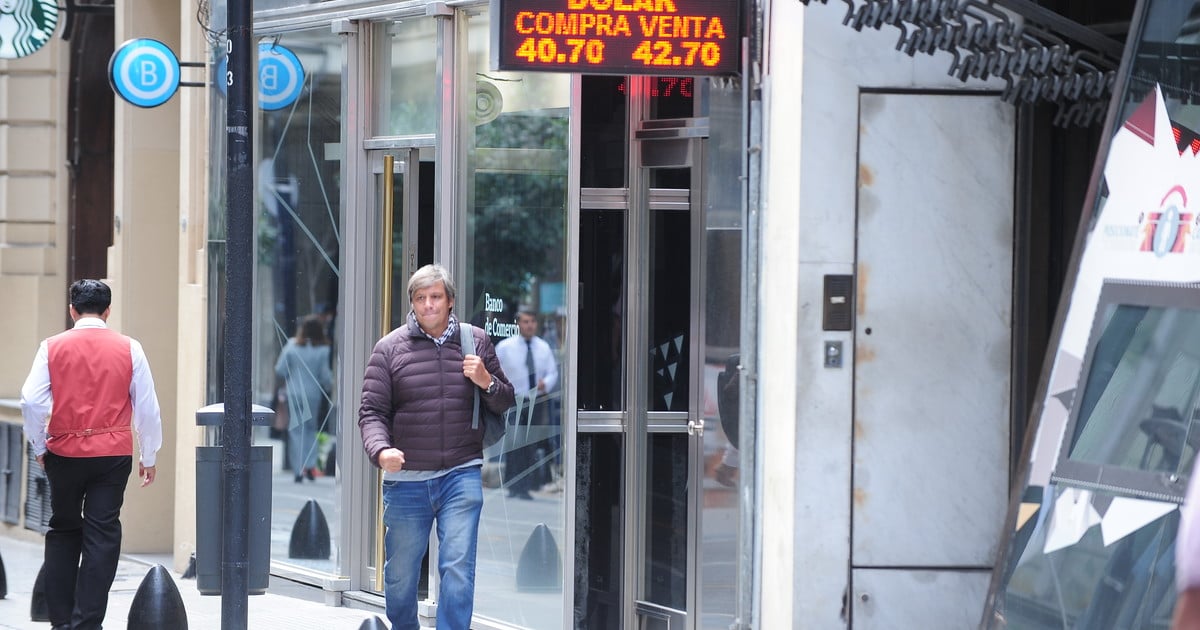 Y today He began to calm down, after five days of climbing, but after noon he got back again. Although in the National Bank It 's quoted stable, at $ 43, in the rest of the entities that rise and averages $ 43.30. On Monday, the average money closed from $ 42.99.

Meanwhile, in the wholesale market – where banks and companies operate- the dollar climbs 46 cents to $ 42.52.

The money has been promoting since Monday last week, when it was touched floor of $ 41.

The increases occurred despite the official attempt to include them by raising the reference rate, namely on Monday, an average of 66.83% reached., the same value as on 9 November and close to the maximum of 73.52% in October, when the current program began under the guidance of Guido Sandleris, president of the Central Bank.

The exporters' money settlement, which sends the grain to the port, still does not feel in the exchange market. On the other hand, in April the Treasury will start with the daily tenders of US $ 60 million o IMF money.

Meanwhile, the country's risk decreases by 0.52% to 766 points. This variable shows how many more Argentine bonds have to pay against those in the US for ten years.