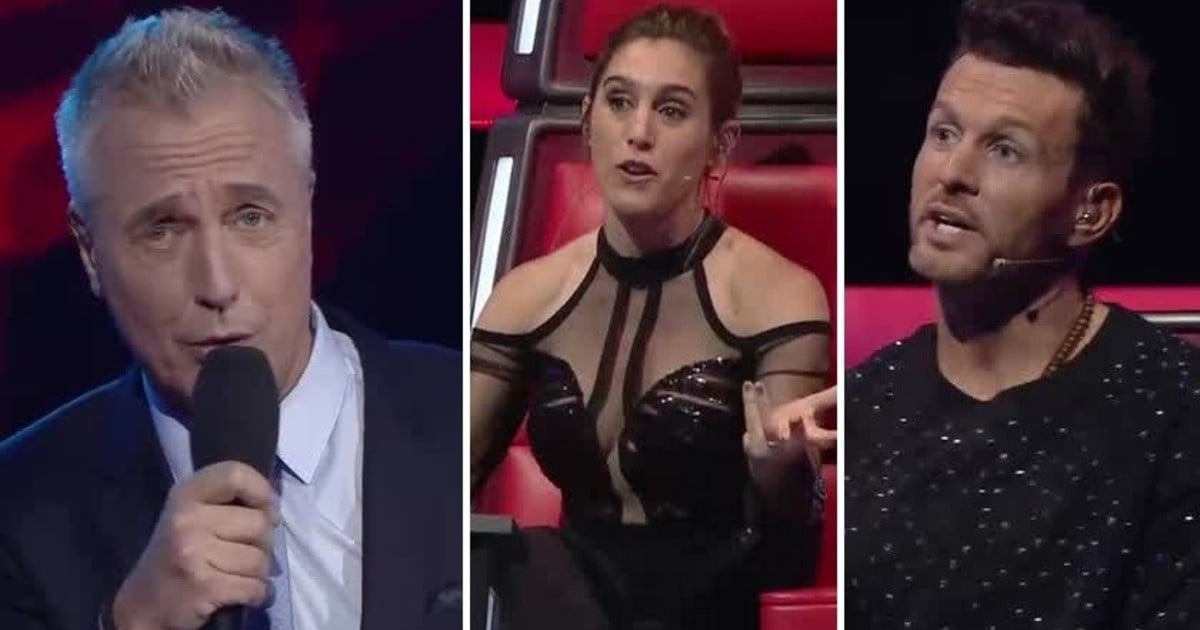 Since it started Voice of Argentina 2018 (Telefe, Monday to Friday at 9:30 p.m.) One of the biggest arguments on social networks was the choice of walks about their participants.

However, from the eight finals selected by the juries for the live show round, four were female (one of Axel, another Sun and two Tini).

Meanwhile, the public began to participate in the competition with their telephone and telephone Until this Tuesday, no woman was elected and he produced a strong debate about him.

"Very few women stay in them Voice of ArgentinaHow much is there?"he said Marley (48), the driver of the circle, before notifying the Axel participant held by the people.

"Four of our only four were the ones we chose"replied Solle.

Then Marley revealed that with 29.41% of the votes Amorina Alday, the 19-year-old daughter of General Conesa, a city inside Buenos Aires, went to the final.

Telefe presenter then introduced: "We are in a time where I do not know what is happening, We do not know why, but people do not vote so much for women"

"I do not know if it is right now, I think it's something that happens. We have 4 realities and it usually costs more for women. That's why, me, Amorina's merit is even more, "says the successful singer-songwriter, Arequito.

"I've seen The voice in the United States and they have won women many times, a here it costs more"Marley said on his behalf.

"Indeed, and I said to the public, to the people, that it is very important to highlight what we said, that The 4 women in the competition today are being saved by us. Sole Sofia, Tini Isabel and Juliana save me Amorina, "began to recall Axel.

Completed: "People save every man. I say, in a moment of the world where the woman is gaining so much prominence and power, I'm celebrating it, it seems to me the woman must reconsider when, for example, this type of competitions when he raises the phone and voting for someone with whom you're feeling represented or assigned. "

Amorina Alday was the first woman saved by the public in La voz argentina. (Instagram)

"In general women are voting for men and not women. I do not always say, but it's several times, "said the driver of the competition.

"It's not a matter, it's a matter of talent. Here we were always clear, here's the chosen talent. Of course, the talents have many edges, and there is also the angel, who sometimes has nothing to do with tunneling all the notes but with a transfer, "added Pastorutti.

Marley went to repeat her words: "This is not chosen by gender or disability but by talent"