Considering applications and waiting for IMF funding, the dollar remains at $ 43 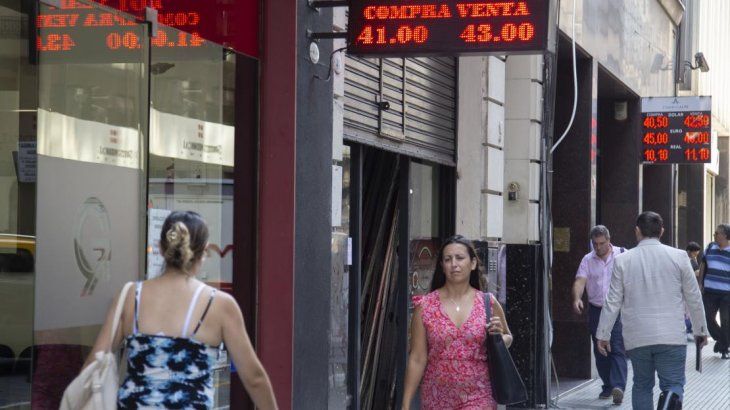 It should be remembered, yesterday, in contrast to the region, that the green fall rose by 17 cents and has scored its fifth increase in line with banks and city agencies Buenos Aires, according to the average of ámbito.com. It occurred despite the fact that the Central Bank has validated an increase in interest rate in pesos in the split tender of Leliq.

It was compatible with the wholesale segment, where he won the 28 cents currency $ 42.08.

"Without the seasonings of external factors that at the end of last week partly justified the increase in the exchange rate in the wholesale segment, the last week of the month began with other forward prices", analyzing the operator Gustavo Quintana, of PR Corredores de Cambio.

In that context, he added "In the latter part of the month, and when the process of closing sites and compensating operations ending on Friday can start from now on, the prospects for the level at which the dollar will reach will not be reached." In the rest of the week co-occurring and conducting different perspectives, in a scenario of instability that does not end eliminate investors 'and analysts' doubts.

We must not lose sight of the fact that the market will address the request for three Treasury bills in pesos and dollars that started yesterday and will end on Tuesday at 15am.

In the informal market, the green won 15 cents for $ 41.90, according to the survey of this medium in Downown Buenos Aires caves. In turn, the "contad con liqui" fell three cents to $ 42.04.

In the interbank currency market, on-call cash was implemented at an average of 57%.

While in the ROFEX operated $ 978 million. The shortest terms between March and April, focused 60% of the market, with final prices from $ 42.31 and $ 44.04; with these rates being final at 49.88% and 47.22% TNA. At the end of August, the longest term with some volume was traded from the end at $ 50.83 with a rate of 47.73%. The terms coincided with the growth of the van and the place, the smallest of no more than ten cents and the longest than twenty cents longest.