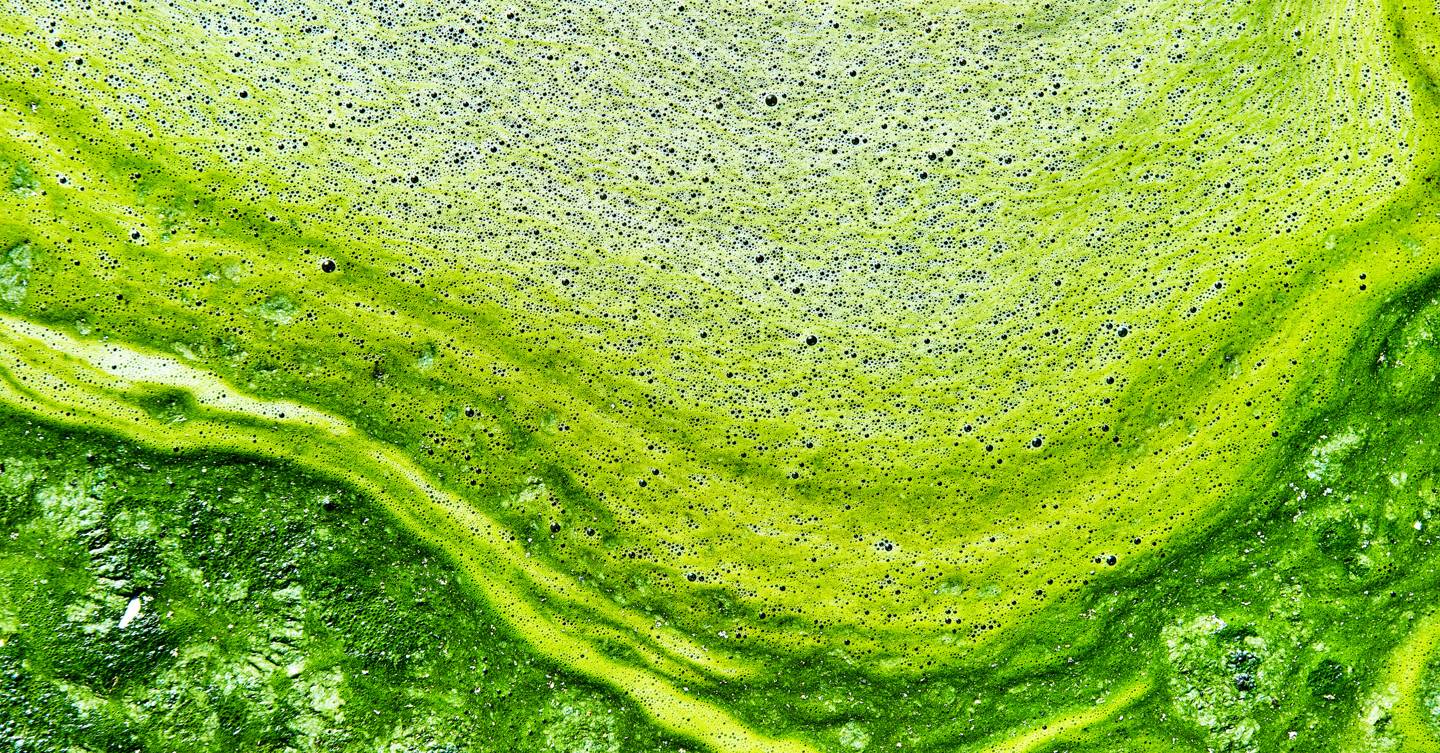 Let's take a few moments to think about algae. The green slimy stuff that accumulates on the surface of lakes is Earth's unsung hero, responsible for producing at least half of the oxygen we breathe today.

One of the biggest challenges in preparing for long-term human spaceflight is finding a way of providing the essential elements of survival – food, waste removal, radiation protection, water and, yep, oxygen. If you are planning on spending years on a spaceship, you can not bring everything you need with you. You'll need to grow it yourself.

There are various solutions to each individual need, but now an emerging line of research suggests algae could be the key to cracking long-term space travel. "My group believes that it could be possible to address almost all of the astronaut's metabolic needs with one system of algae" says Emily Matula, from the University of Colorado Boulder.

Matula is currently working towards her PhD which looks ways of removing waste heat using systems similar to those on board the International Space Station (ISS). Wrapping around the interior of the ISS is a series of coils filled with water. When heat is released by the astronauts inside the ISS, and various other experiments that go on there, the water heats up. When the water in the coils reaches a certain temperature, it is pumped past a cold plate which is in turn connected to the outside of the space station. The heat moves from the water to the plate, then out of the ISS.

"Since we already have this volume allocated to water loops, my idea was to 'fill' the water loops with algal culture so that we could have two life support system processes being addressed with one system" she says. Matula is studying how the algae would respond to being inside those systems, which naturally involve fluctuating temperatures, and whether or not they are still able to use up carbon dioxide and produce oxygen at the required rates.

She has not published the results yet, but she says this system "has the potential to save on launched mass, power, and volume". The other application is air revitalization – removing carbon dioxide and producing oxygen – which is essential to allow astronauts to breathe.

It certainly works on Earth – estimates put the amount of oxygen provided by algae at between 50 and 80 per cent. However, transposing this into space is tricky.

In an experiment in Russia in 1961 a man lived for 30 days in a room of only 4.5 cubic meters, using only algae to turn his carbon dioxide into oxygen, according to the book Environmental Biotechnology.

After three days the potentially harmful levels of carbon monoxide stabilized and, after 12 days, so did the methane emitted by his own body. But, according to Matula "the data on this experiment is not widely accessible".

None of this means anything, of course, if it's not possible to grow algae in space. Running from February to August last year, NASA's Space Algae experiment on the ISS studied the way algae grows in microgravity.

"We wanted to figure out an inexpensive way to grow algae in liquid cultures in space," says Mark Settles, from the University of Florida, who was the principal investigator on the project. "Algae grows fastest in liquids, but there are a series of challenges for handling liquids in microgravity."

They also tested whether certain genetic variations meant algae survived better in space. During six months, they created mutations by subjecting the algae to UV light, then growing each different strain for 40 generations. "We wanted to figure out what genes are really important for algae to grow well on the Space Station" says Settles. "We are currently characterizing whether we got significantly different strains compared to doing the same experiment on Earth."

The most promising possibility is using algae as a food source, as many types are edible. "For food purposes, it's more than likely it would be used as a nutritional supplement rather than a dietary staple" says Kevin Tire, a payload analyst at the International Space Station, who managed NASA's Space Algae experiment.

Getting the nutritional balance just right is a problem, too. "Depending on the species and strains, some algae can be too high in protein and nitrogenous compounds like nucleic acids, and some can have a high percentage of cell wall material in the biomass, so you might need multiple types that are selected or engineered for a balanced food source "says Wheeler.

For radiation shielding, there is also potential. In space, astronauts are bombarded by highly energetic particles known as cosmic radiation. Finding something to block that radiation is key to helping us survive in space.

At the moment, in the ISS for example, shielding is provided through layers of many different materials.

Algae grows in a liquid culture, and if the reactors are placed on the outside of the spaceship, they could be used as part of the shield to block radiation, says Settles. "The water in the media would serve as the shielding, but the algae would need to tolerate the cosmic radiation" he says. Developing this idea requires both technology and strain research, to find the strains of algae that are not going to be destroyed by the radiation.

Algae could also provide waste removal, too. If human waste is used as a source of food for the algae, it will recycle nutrients like phosphorus and nitrogen into a form the astronauts can then potentially eat. This could be beneficial on Earth, too. "Resource-limited countries such as India are interested in using algae for industrial or human waste removal" says Matula.

Finally, the experiment looked at using algae in the production of oils for biodiesel or high-value carotenoids, like vitamin A. "Both oil and carotenoids are produced at higher levels when the cells are stressed by the environment" says Settles. For example if algae are starved of nitrogen or sulphur, they produce energy-dense oils. "We are testing our space samples to see if simply growing the algae in space produces more oil than on Earth."

As part of the experiment, Matula and her colleague James Nabity published a study looking into what could possibly go wrong when taking algae into space. "Think if I had a beaker of algae sitting on a counter-top, how could I kill it?" She says. "Or if I had a huge algae biomass culturing or processing plant, how could that break, fail or shutdown?"

Of course, using algae in space could also go terribly wrong. For example, if the algae's waste oxygen is not removed quickly enough, the growth of algae will start to slow down. Another example is contamination from chemicals or bacteria; if the algae is fed contaminated waste has not been treated properly it may become dangerous for those consuming the algae. For instance, if the astronauts consume substances like caffeine or antibiotics, which are not natural for algae to be exposed to, they could then accumulate in the algae, which may have harmful effects on the humans that eat them.

For each of the requirements, heat removal, waste removal, air revitalization, water, radiation shielding and fuel, algae has shown promise. Putting them together has not been done yet. "No one has looked into addressing all of these functions simultaneously" says Matula.

But Wheeler does not think they have to be combined into one system. "In theory it's possible if you have a range of algae types and reactors, perhaps doing different functions" he says. "It would be difficult to do with just one type of system."

– Inside the vulnerable fame of YouTube's child ASMR stars

– I tried to keep my baby secret from Facebook and Google

– How SoftBank became the most powerful company in tech

– What happens when you drink Huel and Soylent for a month?

– Why your standing desk is not solving your sitting problem

Get WIRED Weekender, your at-a-glance roundup of the most important, interesting and unusual stories from the past week. In your inbox every Saturday by 10am.

Thank You. You have successfully subscribed to our newsletter. You will hear from us shortly.

Sorry, you have entered an invalid email. Please refresh and try again.

Remember when Netflix signed Activision executive? Call of Duty’s parents are now fighting back in court

Andy Rivera was happy with the results of the exercise

Iliana Calabró who is “crowned” at MasterChef and glared at Turco García, said: “I can’t believe he and I are not”