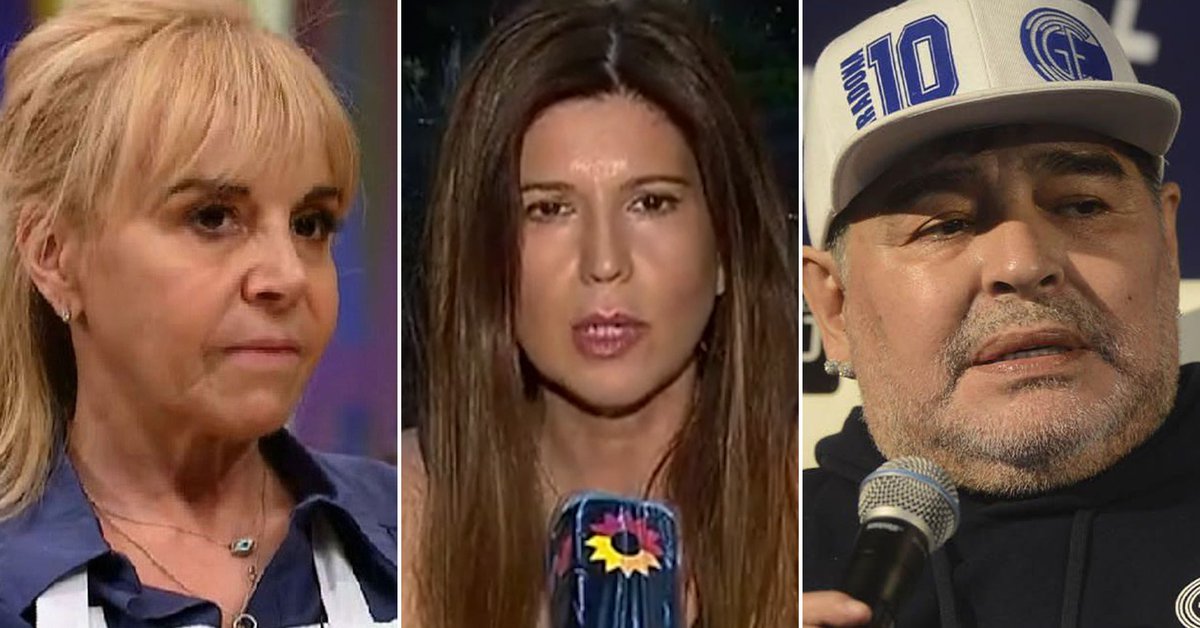 Claudia’s lawyer explained what will happen with the cross cases between her and Diego (Video: “Telenoche”, ElTrece)

For Diego Maradona, there has been pre and post public confirmation of engagement Claudia Villafañe Y. Jorge Taiana. In the former, mother Dalma Y. Gianinna She was the woman of his life and owned absolute power over his assets. In the result, in her own words she was a “thief.” And this led to a succession of cases the player initiated against his ex-wife and decided to counteract in court. But the star’s death, which happened ten days ago, put everything to a halt. So what will happen to those calls?

“In all the criminal proceedings that Diego initiated against Claudia far away and some time ago in 2015, she was dismissed. And that dismissal is sound. When Diego accused Claudia of holding the shirts back in criminal court, Claudia was dismissed. That has already been resolved and confirmed by the criminal justice system, ”he explained. Elba Marcovecchio, a team lawyer False Fernando sponsors Villafañe in dialogue with Telenoche, by ElTrece.

And he added: “The remains that are being initiated are joint civil cases. Obviously the attack was first from Diego to Claudia. And Claudia, tired of these attacks, started a case against Diego. But Claudia never wanted to deny Diego a criminal, beyond the fact that all the features of libel and slander crime fit him. However, Claudia never wanted to criminally deny it. At that point, as the cases are civil, those initiated by Diego towards Claudia and from Claudia towards Diego, continue”.

Immediately, Marcovecchio explained: “These days, The procedure code, which follows what is logical and natural, states to suspend the procedures until the administrator or whoever represents the heirs in the files appears. So we are in that state, but the cases continue. Unfortunately, this is because they are patrimonial involvement cases and, like the credits and debts and credits that Diego had, continue in succession ”.

The doctor explained that Villafañe, who divorced Maradona in 2003, is in no way part of the star’s heirs. “When the binding divorce was awarded, some years ago, the ability to succeed was lost. And obviously, the divorced spouse does not inherit. Children inherit, except for any other relative. So here you will inherit the mass of the children equally“, he noted.

As for his client role in the aftermath of Maradona, Marcovecchio assured: “Diego accused Claudia of the worst issues, when Claudia has genuinely cared for Diego and his family. Claudia always loved Diego. He was always looking for a family union. And Claudia was completely consistent throughout Diego’s life. When Diego attacked her, Claudia was still seeking consensus even in an audience. Claudia tried to bring the girls closer so they could have that family peace. Whether or not Diego deserved this treatment in life is an internal matter for them. But Claudia was always looking for containment and harmony ”.

Can the Villafañe estate run some kind of succession risk? “There is still a case that has been completed in practice and we hope it will have a favorable outcome for Claudia, because what we have contributed in the file has been very clear. It’s about a controversy over an apartment in Miami, which Diego said belonged to the collective community when Claudia bought it years after they were separated. We have accredited all of this with documentary evidence and a testimonial, and a sentence is about to be handed down. Obviously, that file also has de facto restraint due to Diego’s death, but will remain with his heirs. Y. it is highly unlikely that further amendments will apply to the Claudia estate because of the terms, as she and Diego separated their assets many years ago”, Closed the solicitor.

Matías Morla’s allegation to Gianinna Maradona: “I will never be able to forget why I was unable to get involved with my best friend, your father”

The painful sound of Ana, one of Diego Maradona’s sisters: “He was our treasure”

Tears, messages to her daughters and confessions: the closeness of Claudia Villafañe’s days on Masterchef Celebrities after Maradona’s death