China launched its Chang’e-5 probe to the Moon: what does Beijing plan to do on the satellite and will anyone be able to compete with them? 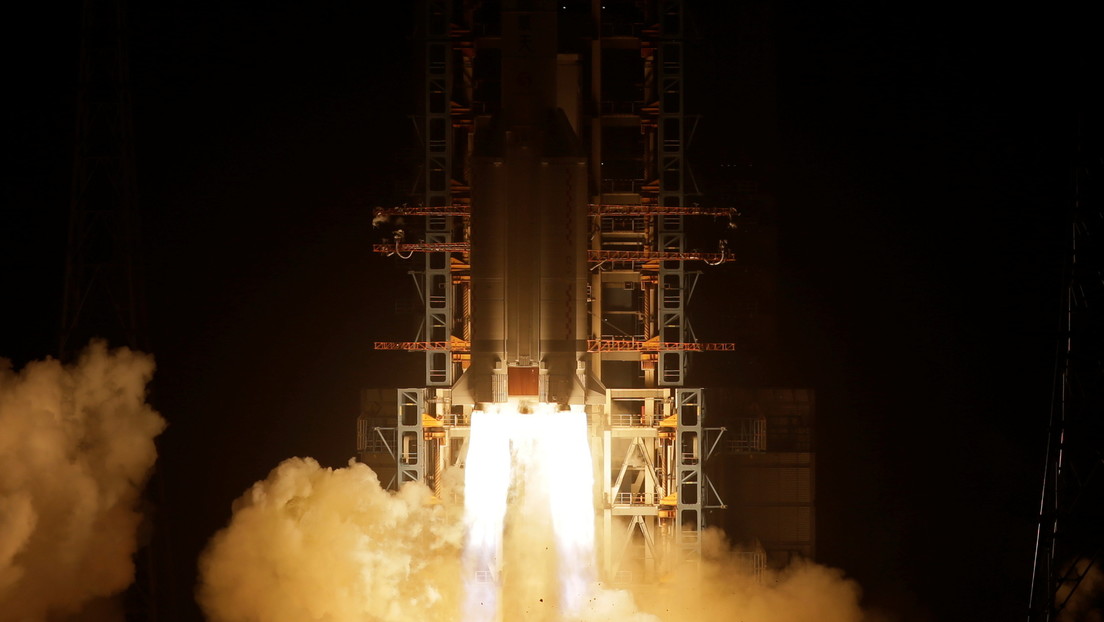 The mission, the first of its kind since the 1970s, is part of a 15-year Chinese Lunar Exploration Program, and the subsequent steps are even more ambitious.

On November 23, China launched a Chang’e-5 probe into the moon, which aims to bring two kilograms of soil and moon rock samples to Earth.

The mission, the first of its kind since the 1970s, is part of a 15-year Chinese Lunar Exploration Program, and the subsequent steps are even more ambitious.

If successful, Chang’e 5’s mission will make China the third country to collect moon samples, after decades ago by the United States and the USSR.

The Chang’e-5 was launched using the Changzheng 5 carrier rocket, or Long March 5, from China’s southernmost space launch center, Wenchang, on the northeast coast of Hainan Island. .

On November 28, the probe – which like its predecessors is named after Chinese mythology Moon goddess Chang’e – entered moon orbit and It is expected to land on the surface of the satellite on December 1.

The landing site will be a massive volcanic plain on the visible side of the Moon called ‘Oceanus Procellarum’, or ‘Ocean of Storms’, where about 20 volcanoes are surrounded by fields of young lava between 1,200 and 1,500 million . years. The samples collected there can help answer questions such as how long inside our natural satellite was active volcanic and when its magnetic field disappeared.

Prior to landing, the launcher with the launch device will separate from the orbital block and space capsule, which will remain in the Moon’s orbit at a height of 200 kilometers in idle mode.

In the top plane of the descent module there is a manipulator to collect soil and rocks from the surface of the Moon, while a drilling device is installed in the lateral plane of the apparatus.

After landing and taking samples, the equipment be able to perform other scientific tasks using a set of instruments to determine the mineral composition of regolith, analyze the evolution of gas on the moon’s surface and study the structure of the moon’s soil, among other tasks.

The samples will then be loaded into a container on the launch aircraft, which is expected to launch around December 2.

The orbital unit will then have to find, launch, and ‘capture’ the aircraft automatically. In the meantime, the container with samples will be loaded through a door in the upper part of the capsule, after which the launch device will disintegrate to fall on the Moon. This is the hardest part of the mission and the the first automatic docking of two spacecraft onto another heavenly body.

The probe will start flying towards Earth around December 13. At a distance of about 5,000 kilometers from our planet, the capsule will separate from the orbital vehicle and enter the atmosphere.

The Chang’e-5 is expected to land with the aid of a parachute in Inner Mongolia territory on December 17. In this way, the mission will last a total of 23 days.

What does China plan to do next?

Chang’e-5’s return will complete the third phase of the Chinese Lunar Exploration Program.

The fourth phase aims to study the territories in the southern pole area of ​​the Moon for future manned expeditions. Around 2024, Chang’e-6 will land on the satellite to collect moon soil and transport it to Earth. The Chang’e-7 will carry a rover and a small display module with jet engines to the moon. Finally, the Chang’e-8 will develop key technologies for the building a moon station, which will allow scientific research and mining on the surface of the moon.

Does China have competitors?

It is planned for October 2021 Russia launch of the Vostochni Cosmodrome y automatic interplanetary station Luna-25, the first moon station in Russia. If successful, it will make the world’s first soft landing in the southern circumpolar region of the Moon near Boguslávski Crater. In 2024, the Luna-26 orbital science device is planned to travel to our satellite.

In EE.UU. there is the Artemis staffed space flight program, started by President Donald Trump, which seeks to re-examine the Moon and bring the “first woman and next man” satellite, specifically to the South Pole region, by 2024. However, Joe Biden’s election victory may have upset the program’s plans.

Chandrayaan-2’s Indian craft is currently operating successfully near the Moon, but New Delhi’s attempts to softly land on the satellite have not yet been successful. India is currently developing its third moon mission, the Chandrayaan-3.

In addition, it is worth highlighting the Beresheet a small moon station the organization Israel SpaceIL not-for-profit. The device attempted to land softly on the surface of the Moon in April 2019, but suffered an accident. Now SpaceIL is trying to find funding for a second device.

In September 2020, the Prime Minister made the United Arab Emirates, Mohammed bin Rashid al Maktoum, announced that his country in 2024 plans to launch Rashid, small moon ‘rover’ with scientific equipment.