Centurion and an explanation of the battle with Coudet 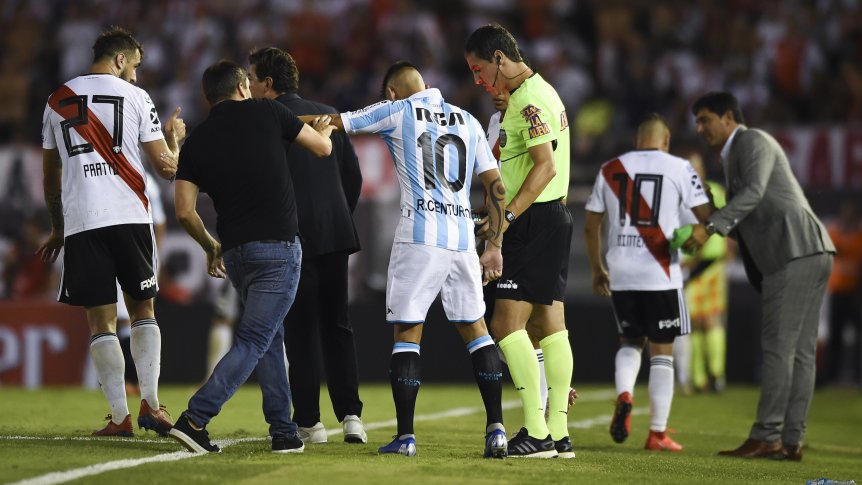 Originally with TyC Sports, Ricardo Centurión said how he lived in the fight with trainer Eduardo Coudet before going to the game against the River for the Superliga in the Monumental. Racing football was sorry for the situation and said he wanted to apologize to the trainer.

"He was tired of being left out of the start line. I do not also ask for explanations of the reason why they take me out, but no-one likes to be left out of the initial and able team. The Chacho saw me face or … Then I had to go in and we all know what happened ", said the Academy assault.

In addition, Centu added: "It was a very bitter drink because El Chacho did not deserve to be pushed. They are things arranged on the other side, interior doors. He continues to teach me. Here is the straw that broke the back of the camel and measures were taken. It hurts a lot but now I'm feeling well. It's going beyond if I'm still Racing ".

Finally, he acknowledged that he was in debt to Coudet. "I came to capture it so I did not have to capture it. He called me, he disposed of my phone to come, I've been banking lots of personal things that I keep. I would have liked to speak face to face with him ", it came to an end.