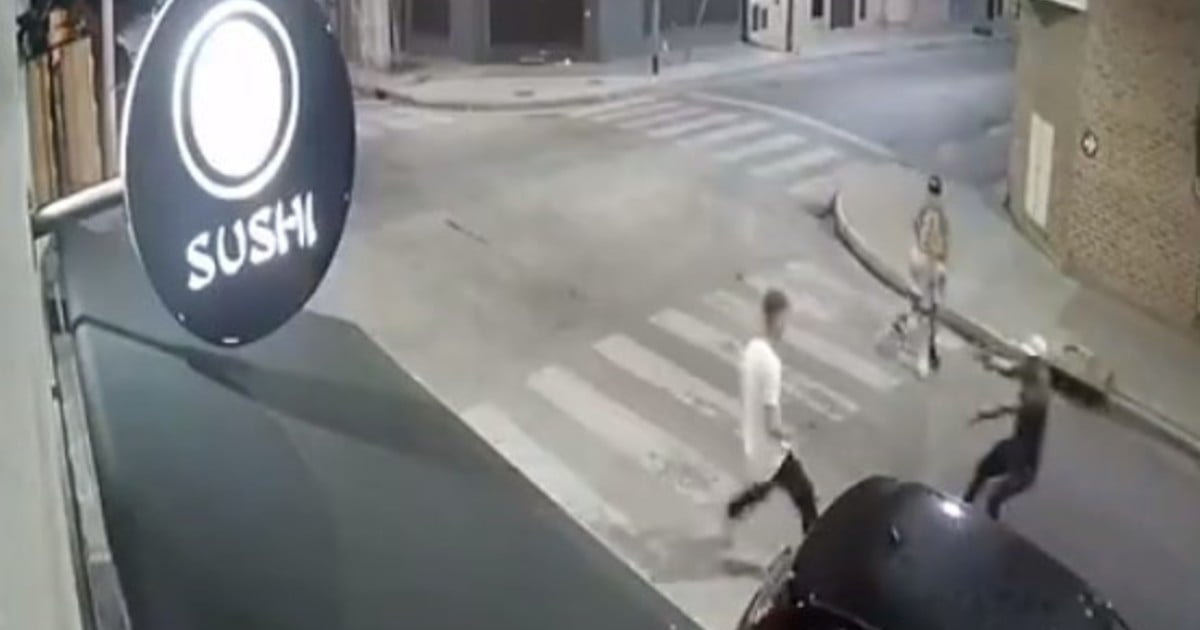 "They covered my head, put a gun on my head and told me they wanted to go to my house to get gold and silver." My partner was named, the situation was scary and I told him to go to my house, which gave them everything ", he said and repeated Paloma. This sequence is after the one shown in the video is investigated for hours to try to interpret an event plot with specific details.

The incident happened on Friday night, when Paloma and her brother had already closed their sushi place in José Ignacio Rucci and Tuyúti, without party Valentín Alsina, Lanús. It was 22.24. The image is very clear and two men are surprised when the woman was about to go to her car. She's trying to escape, crossing the running of the street but also being hit by the attackers.

His brother had just closed the shop door, he also ran to the street and tried to protect Paloma. But at the first point they note, it doesn't try anything, while Paloma is dragged by the other subject and to transport it to another car. That part no longer goes into the picture.

The rest of the story told the rest of the story: "They took me in the car, they had been for nearly an hour, so I had to hear General Paz and Acceso Oeste, they covered my head with me." jacket, we can see two faces of the thieves had the one who was driving the wig car, but could not see it face to face.

One of the important details is, according to the woman's history, that the "threat that the next day they would return." The next day, or Saturday, they returned. On her Facebook account, Paloma also described that moment. "They returned on Saturday, because they couldn't get in, they left," he said, with one image of the suspect being caught by the security cameras of the property.

The fact is investigated by UFI Devolved No. 3 of Lanús and they believe that, according to the nature of the attack, there would be "collectors". Paloma and her family (her brother also speak) insist that it is a robbery to fit into a case of uncertainty. On the police side they claim that other assumptions are not ruled out.

Indeed, Lanús's Chief of Staff and Security Secretary, Diego Kravetz, confirmed that “the inquiry line led us to think that it was a matter of settling accounts and not because we were saying that, but because of the history of the victims. Commissioner is different from what they are doing now in the media, we're going to help Paloma because she goes through a violent and traumatic situation but we're not going to lie to her, "the officer said in dialogue with Provincia Radio.