Bands or dollars are not available: Central Bank bets on the "exchange rate board" to arrive in October 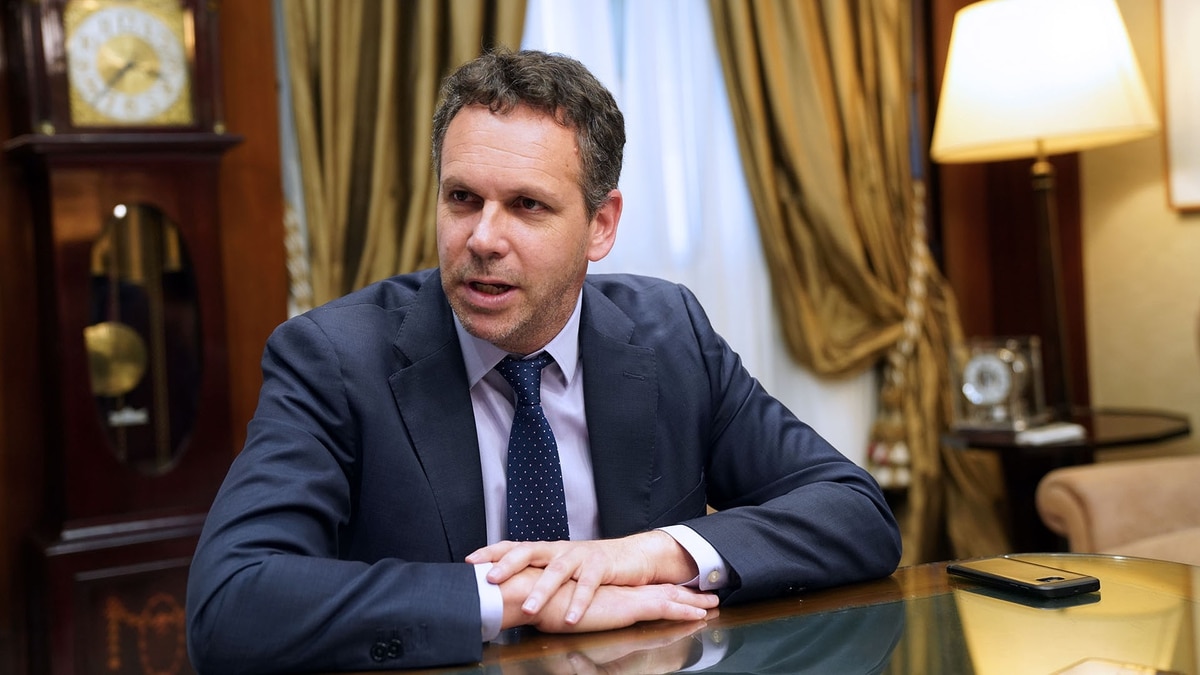 In the fastest week for the dollar since October, the Central Bank made clear what its policy will be in the heart of a stressful situation. The "medication" included strong rate hikes, absorbing additional pressure and sales in the future dollar market. If it made something clear that that is the operational presence of the financial authority the exchange band system is really a fiction.

In theory, the "Zone of No Intervention" was defined between the BCRA and the International Monetary Fund as its objective that the dollar float freely between the floor and the prescribed ceiling. But the government is not willing to assume any danger with the exchange rate until the elections. The distance between the floor and that ceiling is not less than 30%, a gap is too large to give a lot of freedom to the dollar. As soon as he quoted the quote to pick up a little bit of flight, they went out quickly and put it on.

The benchmark interest rate that fell to less than 44% per week closed by 50%. The objective is to encourage investing in pesos with higher products and thereby silence the transfer to the dollar. The obvious emerging question is: what will be the necessary interest rate to avoid a huge dollarization when two or three months after the elections?

The wholesale dollar was missing at the end of the week and ended at $ 39.22, after going over $ 40 on Wednesday. He left that price at the bottom of the exchange band, less than 2% away.

The agreement between the Finance Minister, Nicolás Dujovne, and the Central owner, Nicolás Sandleris, is to keep the dollar practically on the exchange floor floor, which increases at a rate of 2% per month until the end of March. The BCRA will only define the rate that will be suitable for the quarter of April-June at the end of the next month. But considering the inflation remains high, surely the same rhythm of adjustment will be maintained.

What has happened in recent days combines the idea that there is no real free floating zone for the dollar. Of course, the Central Response was the commitment not to sell reserves accrued for lending the Fund. "Truly, We've been able to calm the market without leaving the agreement that we have signed and that is very positive", I've been transferred to Infobae a high source of economic equipment.

For the Government, the exchange balance is essential, essential, to reach with possibilities for October presidential elections. And there is a much higher goal than achieving the regeneration of the economy. At this time of year, it is already clear that this recovery will become inconsistent and that it will rarely be felt in wages as the 2019 developments.

It is not about returning to a stable dollar scheme, much less in the context of inflation. But yes to avoid the costs of any sudden jump of the currency. Therefore, the objective is to keep the dollar stuck down the band. This level increases gradually, increasingly and predictable. Here is the definition of the "exchange rate board", which is an economic jargon called "crawling peg".

What is the benefit of adopting a "small board" for the dollar right now? Basically Provide assurance to investors that a high interest rate will boost the evolution of the exchange rate, by avoidance, or deferred delays, the dollar of more portfolios.

Mauricio Macri's government began its release and exchange rate, and promotes the dollar's mobile. However, the agreement with the IMF, by establishing a floor and roof, allowed a very concrete reference to its evolution. By the end of March, for example, the lowest band level was set at $ 39.38. And if the 2% adjustment is maintained monthly, by the end of April it would be $ 40.16.

In the coming months, there is a less unexpected expected. Soon the corn dollars (record) and harvesting of soybeans will begin to enter. In April, it is estimated that $ 150 million will go on a daily basis until June, which would allow the currency to remain close to the minimum band.

At the final meeting that Dujovne and Sandleris received with the IMF mission, there was also a discussion about the sale of dollars held by the Treasury, for around USD 10 billion. It was then decided that it should be an order plan, with daily and non-discretionary sums. In this way, it is avoided that that currency that the IMF will be used directly to prevent ultimate pressure, especially in the third quarter, when the electoral uncertainty reaches its greatest expression.