Amarok: an unexpected fan! And Voice 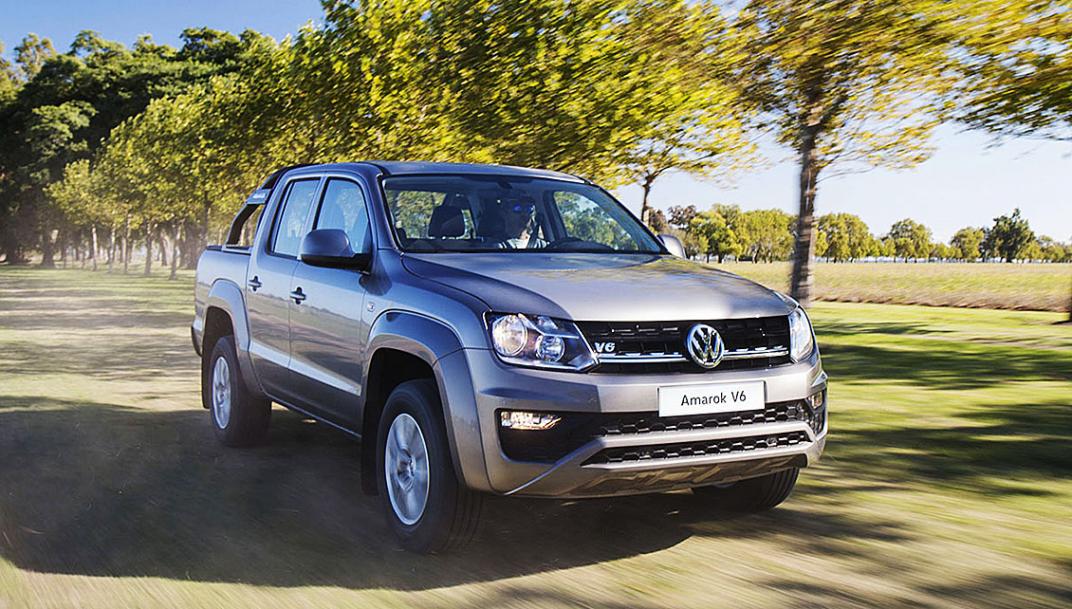 Amarok means "Wolf of the Arctic" in the Eskimo language, and inuit mythology associated with a large wolf. Other people of the Arctic Circle use the name Amarok to refer to the wolf as a species in general. Volkswagen has a long relationship with the wolf for a German city Wolfsburg, where the central factory has located, and its name translates as "land of wolves".

Amarok identifies and expresses many of the qualities of the Volkswagen truck. Among them, power, durability and robustness a pick up What can you do with any task?

Since its establishment 8 years ago, Amarok has been able to adapt to increasingly difficult market needs. In 2012, it incorporated the unique eight-speed automatic transfer, which is still unique in the segment, adding additional power with the 180 hour engine. For 2013, its access versions received changes to the engine from 122 hours to 140 hours. In addition, in that year, the successful "Amarok Expert" program, which has allowed the dealer's staff, in all parts of the country, have all the necessary tools to give complete client advice .

In 2014, an innovative Amarok continued and incorporated the automatic box to 4×2 versions that launched its first special version, the one successful "Dark Label". This process did not stop and in 2015 the equipment was expanded with the Bi-Xenon lights, electric bending mirrors and new tires.

Volkswagen offers you different ways to come to the Amarok, through your own savings or financing plan. (World Maipú)

In 2016 Amarok renewed its range completely by introducing the New Amarok in the city of El Calafate, incorporating external and internal design, as well as increased security, technology, connectivity and comfort. In this way, Volkswagen confirmed his commitment in the lifting segment, strengthening the position of Amarok in the market.

In order to continue adding elements of a work tool, it offers the package Hard work, including a rubber seat and a synthetic leather seat. These items are very useful to the user, giving greater strength and practicality to the vehicle.

This version has the best price / product ratio, not only for its benefits but also for its equipment. Includes 17 alloy wheels, upholstery fabric "Chemish", multi-function steering wheel, front and back parking sensor, TDC 180cv machines, "Media Composition" radio with CD, MP3, USB, SD Card and App-Connect.

One of the pillars of the Volkswagen brand is a responsibility, which has been anchored under this concept and our active and passive protection of each collection was considered, including in the Comfortline version. The differential locking system was incorporated, which is the only Pick Up that offers this item in all its versions, even in the 4×2 versions. In addition, each version will have double cabin 4 airbags for front effects such as side (head and chist).

Technology is also another basic pillar, that's why the Volkswagen was created App ConnecIt is the most modern application for connectivity and interaction with smartphones as it allows the phone screen to be "reflected" in the multimedia center, making it possible to order the cell phone of the screen system and vice versa.

Volkswagen is as far as the first to offer the possibility of connecting customers with smart phones by both MirrorLink ™ as for Android Auto ™ o Apple CarPlay ™.

Volkswagen introduced in June 2017 the New Amarok V6 with two versions: Low a Outstanding. With a turbodiesel 3.0 l engine of 6 cylinders in V, 224 kilometers and 550 Nm, the new Amarok V6 came to be a powerful collection in the segment and continued to identify milestones in the history of the automotive industry in Argentina.

The Amarok V6 is available with 4Motion (permanent four-wheeled) removal associated with eight fast-paced automatic transmission, unique in the segment. It provides, therefore, a high level of satisfaction in the wheel and a great dynamic performance. The new option is offered in two external configuration configurations: Amarok V6, with stainless steel style bar, excavated pieces of material and rigs "Milford" from 19 "; and Amarok V6 Extreme, with Sportsbar, flat aluminum feet and" Talca "wheels of 20".

In April this year, Volkswagen launched the V6 Comfortline Amarok compliant with the Euro V standard, providing the 3.0 l-turbodiesel engine with 6 cylinders in V, 224 cp and 550 Nm. This variation comes to expanding the proposal to rise in an increasingly competitive market, distinguishing itself from the competition by offering the most powerful engine in the region, not only in the highest range versions.

The new Amarok V6 Comfort Comfort is available with 4Motion (a permanent four-wheeled) all-wheel drive connected with the automatic eight-speed automatic transmission, unique in and segment. It provides, therefore, a high level of satisfaction in the wheel and a great dynamic performance.

It also carries out the function OverBoost, a system that oversets a power that exceeds the maximum performance values ​​over a given period of time. This function is available between 50 and 120 km / h, providing an extra 20 CV (244 CV) for a period of 10 seconds or up to 140 km / h.

Amarok is leading the part of the collections sold in the savings plans market, and since its launch in 2013, more than 63,700 customers have subscribed.

This scheme offers unique subscribers' benefits: the first fixed installments 12, from number 2 to 13 are inclusive, which allow the client to have a stability plan during the first year, thereby improving the merits of the savings plan.

In addition, "Autosahorro Volkswagen Backup" is a cancellation insurance, for 24 months, between installment number 6 and 30, protecting the client from unexpected interference in their income. This innovative benefit is unique in the market, and it gives the certainty that the client can continue to pay their savings plan fees if there were any incidents. It is aimed at people in relation to dependency and monotributist / autonomous, either by the end of the unexpected employment relationship in the first case or whole or part-time disability in the second.

There is an interesting alternative to Amarok funding, through Volkswagen Financial Services, the Volkswagen financial company. Through this option, it can be funded over a period of 18 months at a rate of 6.9% up to $ 250,000 of the capital funded.

For more information, visit www.maipuvolkswagen.com or go to Av. Colón 4045 / A. Sabattini 2000