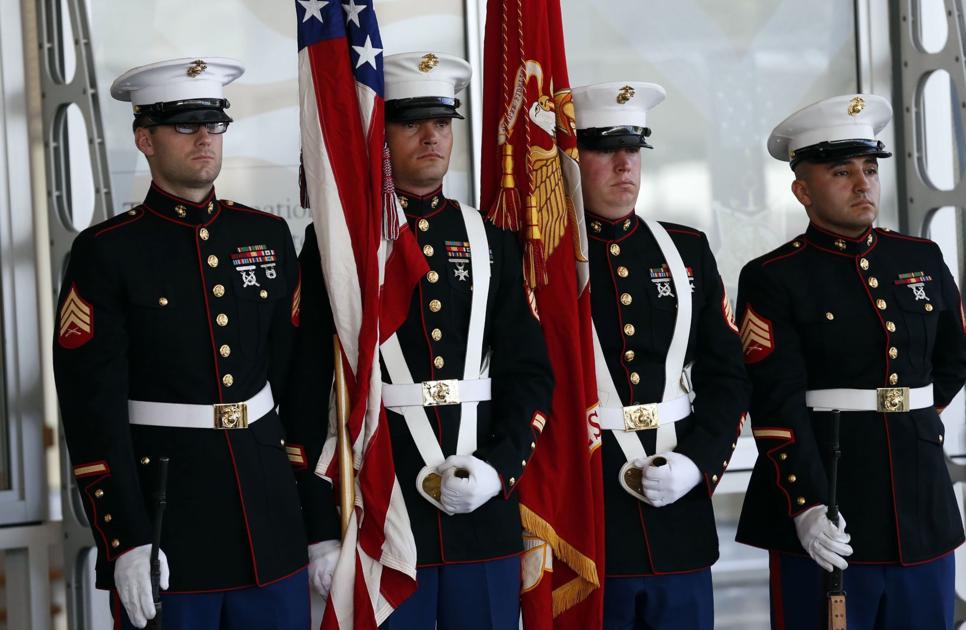 Highlights Today in History: On November 10, 1775, the United States Marines were organized under the authority of the Continental Congress.

1917: 41 squadmen were arrested for a picket in front of the White House.

1928 Hirohito was named as the Japanese Emperor.

1942 Winston Churchill presented a speech in London where he said, "I have not become the Prime Minister of the King to preside over the dissolution of the British Empire."

1954: President Dwight D. Eisenhower was devoted to Arlington, Virginia, the US Mororic Memorial, which shows the erection of the American flag on Iwo Jima in 1945.

1972: Three armed men hijacked Southern Airways Flight 49, DC-9 with 24 other passengers aboard during a catch in Birmingham, Alabama, and demanded $ 10 million in relief. (The 30 hour spell, which included landing in nine US cities and Toronto, which finally ended with re-launching in Cuba, where the kidnapping was captured in custody by Cuban authorities).

1975: The General Assembly of U.N approved a decision that corresponds to Zionism with racism (the decision of the body of the world abolished in December 1991). The SS Edmund Fitzgerald mining ship was a mystery during a storm at Lake Superior with the loss of all 29 members of the crew.

1982: A newly completed Vietnam Veterans Memorial to the first visitors was opened in Washington, D.C., three days before its dedication. Soviet leader Leonid I. Brezhnev died at 75.

1997: A judge in Cambridge, Massachusetts, dismissed the murder of Louise Woodward to an indirect manslaughter and sentenced the English auth to the 279 days that he had already served in the death of Matthew Eappen, 8 months old.

Ten years ago: President George W. Bush and wife, Laura, Barack and Michelle Obama welcomed Ty Gwyn for a visit almost two hours; the president and the presidential election given at the Oval Office, while the first and future women were speaking at the White House home. Miriam Makeba, South African folk singer and anti-apartheid operator, died 76 years after performing at a concert in Castel Volturno, Italy.

Five years ago: Discussions in Geneva on accelerating the Iranian nuclear program came to an end without having France objected that the proposed measures did not go far enough.

A year ago: Faced with allegations of sexual misconduct, comedian Louis C.K. said the harassment claims by five women who were in detail in the New York Times "truth", "and expressed a promise for using his" irresponsible "influence. The National Republican Parliamentary Committee ended its fundraising agreement with the candidate of the Alabama Roy Moore Senate in light of allegations of sexual intercourse with teenage decades earlier. President Donald Trump arrived in Vietnam to attend an international economic summit, telling Chief Executives on the summit side, "We do not intend to let the US take advantage of anymore."

Thinking of Today: "Infusion is lower, and all the fashionable flavors are passed on merits." – Moliere, French dramatist (1622-1673).