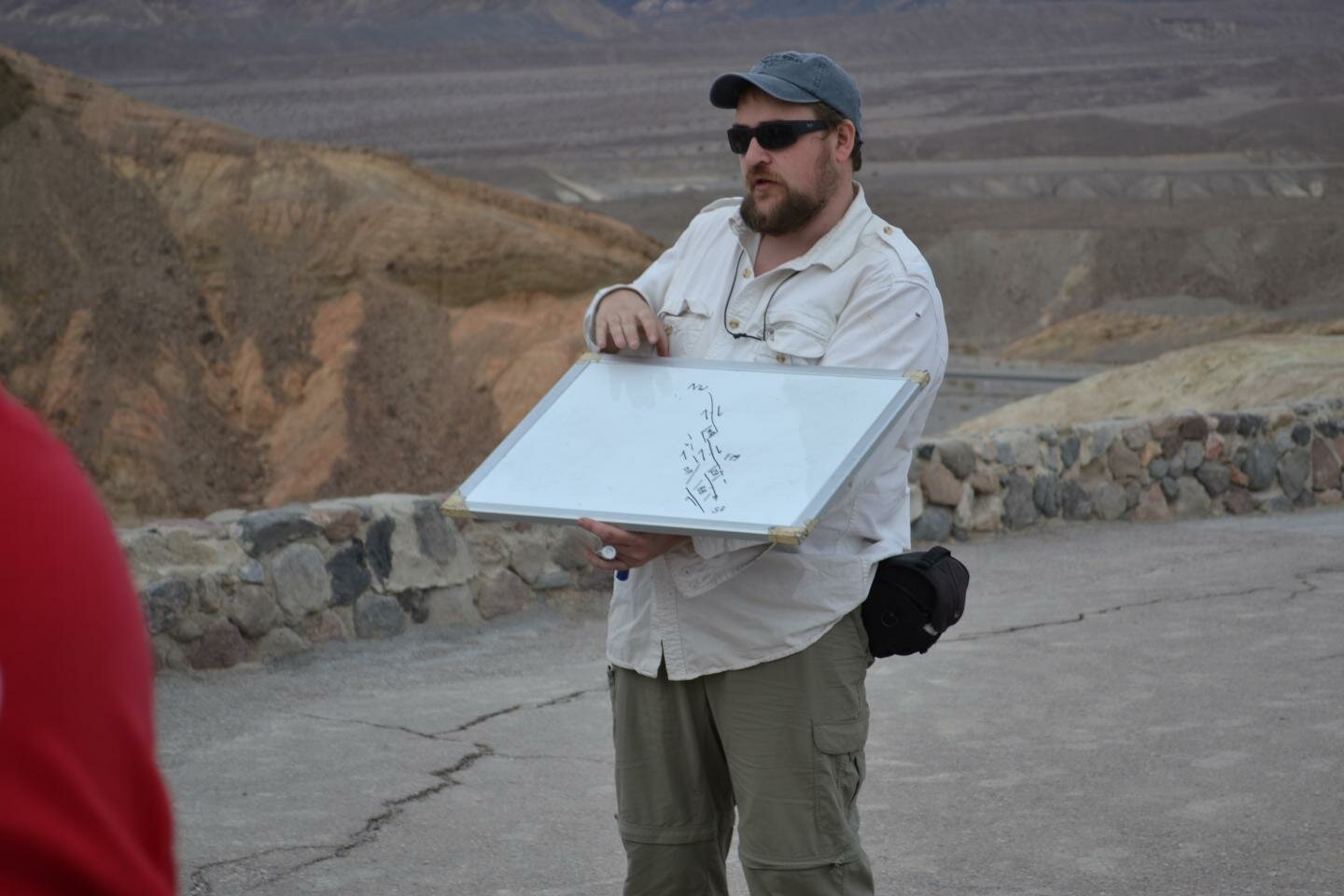 A field trip to Namibia led to the study of volcanic rocks to an unexpected discovery by the geologists of West Virginia University Graham Andrews and Sarah Brown.

When exploring the desert country in southern Africa, they turned on a scattered flat ground desert with hundreds of long and steep hills. They quickly realized that the bumpy landscape was formed by a trumline, a type of hill often found in places once covered in glaciates, an abnormal feature for desert landscapes.

"We quickly realized what we were looking for because we grew up in areas of the world that came under a glacier, i in Northern Ireland and Sarah in northern Illinois," said Andrews, assistant geology teacher. "It's not like anything we see in West Virginia where we are used to flat areas and then steepers and steep valleys down into gaps."

After returning home from the tour, Andrews began to investigate the origins of Namibian drums, just to learn that they had never been studied.

"The last rocks we were shown on the journey came from a time when ice was in South Africa," said Andrews. "Obviously, people knew that part of the world had to be covered in ice at the same time, but that no-one had ever talked about how the drums formed or even there at all. "

Andrews joined the WVU geology advanced to Andy McGrady to use morphometrics, or shape measurements, to determine whether the drumlins showed any patterns that would reflect regular behaviors as the ice was carved.

Although normal glaciers have sequential patterns of growing and stinging, they do not move much, Andrews explained. However, they decided that the drums had large rigs, which showed that the ice must be moved at a speed to extend the grooves.

These guys showed the first evidence of a ice stream in southern Africa in the late Paleozoic Age, which occurred about 300 million years ago.

"The ice had carved large, long roots in the rock as it moved," said Andrews. "It's not just ice there, but there was a ice stream. It was a place of space and the ice was moving very quickly."

"This work is very important because many of these glacial features have not been published in Namibia," said McGrady, a senior geology student from Hamlin. "It's interesting to think that this was an innovative work in a way, this is one of the first papers to cover the features of these features and give some idea of ​​how they were formed. "

Their findings also confirm that South Africa is located over the South Pole during this period.

"These features provide another game between South Africa and South America to show that they have once again joined," said Andrews.

The study, "A first description of Undergraduate methods of Late Paleozoic Ice Age in South Africa" ​​is published in the Library of Public Sciences PLOS ONE magazine.

"This is a great example of a fundamental discovery and insights into the climatic history of our world that is still being discovered," said Tim Carr, chairman of the Department of Geology and Geography.